The Israel Antiquities Authority excavation in the Russian Compound have uncovered concrete evidence of the Titus-led Roman forces’ attack of Jerusalem’s northernmost wall.

Concrete evidence of the battle and breaching of Jerusalem’s northern wall in the days of the Second Temple was uncovered in the Russian Compound in Central Jerusalem last winter by the Israel Antiquities Authority (IAA).

The IAA was carrying out excavations at the site that is to be the future campus of Bezalel Academy of Arts and Design, Israel’s national art school.

During the excavation, archaeologists discovered the remains of a tower jutting out of the wall, and in front of the western façade of the tower, many dozens of catapults and projectiles used by the Romans to attack the Jewish wall defenders, who were positioned at the top of the tower.
Dr. Rina Avner and Kfir Arbib, who are running the excavation for the IAA, said in a statement, “This is a fascinating testament to the intensive bombardment from the Roman army, led by Titus on its way to conquering the city and destroying the Second Temple.”

battering rams and break through the defenses,” they added. 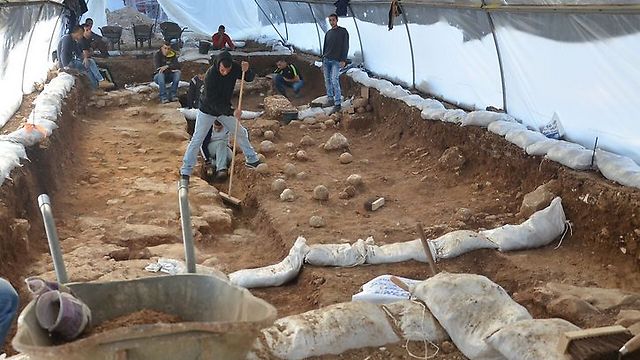 The historian and eyewitness to the war Flavius Josephus recorded many details about this wall. According to him, it was intended to protect the new quarter of the city, which had begun to develop outside its limits, north of two walls that had already been built. This third wall was begun by King Agrippa I, but he halted the construction so as to not arouse the wrath of Emperor Claudius and dispel doubts about his loyalty.

The third wall’s construction was resumed some 20 years later by the defenders of Jerusalem as part of the preparations for the city’s fortifications and the Jewish rebels’ revolt against the Romans. Josephus described the wall’s route in detail. 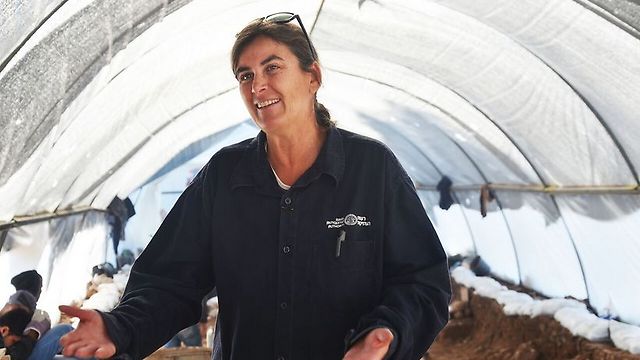 Since the early 20th century until the current excavation, the debate surrounding the identification of the third wall and the question of Jerusalem’s city limits on the eve of the Roman attack was unresolved. The IAA said that the current discovery in the Russian Compound is proof of the wall’s route’s existence in this area.

Some of the dig’s findings will be presented at the tenth New Studies in the Archaeology of Jerusalem and its Region conference to be held on Thursday at Hebrew University of Jerusalem’s Mount Scopus campus.