Plan a pampering vacation in off-the-beaten-track cities of Yeruham, Dimona or Beersheva in the south, Nahariya or Hadera in the north.

New hotels are opening at a fast clip in Israel. In the past 10 years, about 5,000 new rooms have been added, and that doesn’t include the many bed-and-breakfasts, youth hostels and boutique hotels springing up everywhere.

And while most hotels are clustered in metro Jerusalem and Tel Aviv – and in popular vacation spots including Eilat, the Dead Sea and the central and upper Galilee — we’ve seen some impressive new properties in unlikely locations in the Negev and Western Galilee.

Why would developers choose to invest in relatively sleepy towns? Costs are lower than in the big cities, and that translates to lower costs for guests as well. These hotels encourage travelers to explore the treasures of lesser-known areas and they boost employment among periphery populations.

And because Israel is small, hotels outside big cities really aren’t so remote. In the examples below, we note the distance to the nearest metropolis. Nahariya, a Mediterranean coast city less than 10 kilometers from the Lebanese border, and the neighboring Akhziv National Park and beach enjoyed a flourishing tourist trade until a Katyusha rocket launched from Lebanon landed at the Club Med Akhziv resort in 1995. The site eventually closed and tourism went into a slump.

In part due to the efforts of the Treasures of the Galilee philanthropic initiative to revive Western Galilee tourism, Nahariya is experiencing a comeback with upscale hotels such as the Carlton, Madison and Olive.

The 62-suite Sea Life Spa Hotel on the waterfront is a good example of this trend. Opened in 2012 with a modest 20 suites, it underwent a $5.5 million renovation in 2014 spearheaded by developer Doron Schuldenfrei.

“It was a challenge — I could not give up the rare location of the hotel, on the most beautiful stretch of beach in the country, but I had concerns,” says Schuldenfrei. “At first I was not prepared to take the whole gamble so I renovated only one part of the hotel. When I saw that it was working well, I decided to renovate the main building, which means 40 additional suites.”

Located half an hour north of Haifa, Sea Life has indoor and outdoor pools, an onsite restaurant, spa facilities, and bicycles for guests to take along the beach promenade. 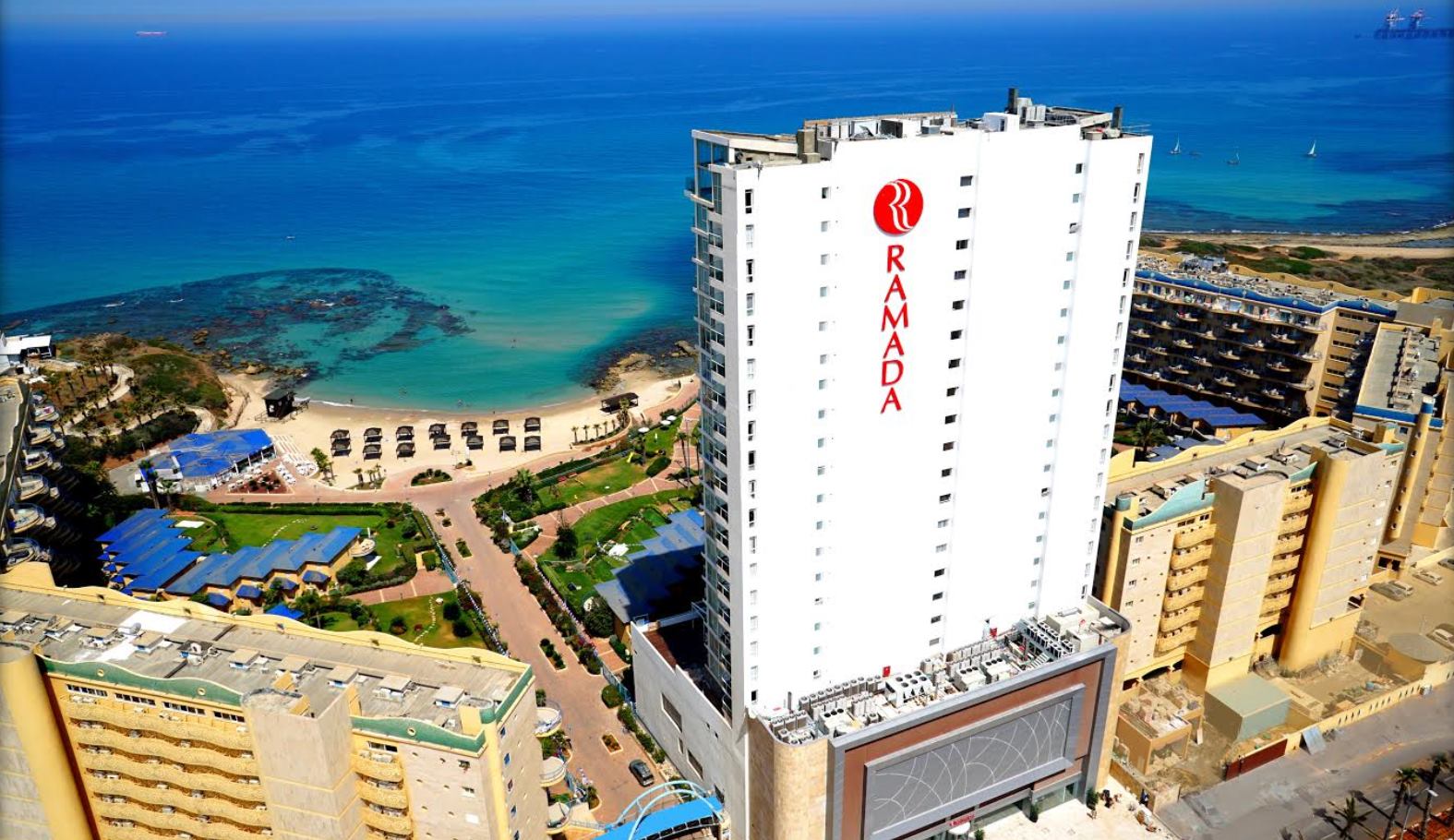 Google hotels in Hadera and you’ll find exactly one. This Wyndham Group property, boasting 180 suites on 22 floors, opened in March 2017.

“This is a hotel that Hadera has been waiting for for a long time and is expected to be a growth engine and a significant tourist and economic anchor in the development and advancement of the city,” according to developer Amiri Gan of the Aspen Group.

Hadera is undergoing a rebranding as Israel’s Energy City and is conveniently situated smack between the resort cities of Netanya and Caesarea. The city on the bay affords a great location without mobs of tourists. While here, you can hike the local Eucalyptus Trail, picnic at Hadera Forest Park or visit Technoda Science and Technology Education Center.

The Hadera resort has a conference center, restaurants and banquet halls, health/spa complex, racquet sports courts and a private beach with a sailing club, fishing and other water sports. The glass-walled top floor for events offers panoramic sea views from Herzliya to Haifa. Yeruham, a Negev development town, never had a hotel until the 4-star Desert Iris opened in November 2014 on a former factory site. It has 47 suites with private balconies, a restaurant and bar, children’s club, gym, swimming pool and bicycle rental. A new spa complex will soon open.

Owned by the Yeruham Foundation, Desert Iris is Israel’s first hotel modeled as a social business. More than half its profits go directly to the education and welfare of local children. All the employees and suppliers with whom the hotel works are residents of Yeruham and the surrounding towns.

Investors Jimmy and Sam Pinto intend the hotel to position Yeruham as a tourist and conference destination, and it’s not such a crazy idea. Yeruham has its own charms, including a lake park, and is about a half hour southeast of Beersheva within easy driving distance of many historic sites and activities in the Negev Highlands. “No tycoon will build a hotel in Dimona,” says former travel agent Avi Elkayam, owner and CEO of Derachim Hotel, the first and only hotel in this development town 16 kilometers northeast of Yeruham.

Elkayam and his wife, Ronit, established Derachim in 1994 after moving south from the upscale Tel Aviv suburb of Ramat Gan.

“We went down to the Negev for ideological reasons and Zionism for its own sake. We set up the hotel for travelers and business people who come to the area, in order to develop the Negev and establish a life enterprise. We had no economic reason,” says Elkayam.

The 60-room hotel offers conference space, a cafeteria, a covered patio, an indoor swimming pool, a spa with a dry Finnish sauna and a steam bath. The Dead Sea is a 30-minute drive away, and also in the vicinity are national parks and historic stops along the ancient Nabatean Incense Route.

Yet with one exception, this still-developing city offers overnight guests only a handful of modest hotels, apartment hotels, a youth hostel and bed-and-breakfast places including the fairly new Aladdin boutique hotel and six-room Home in the Old City B&B located in two renovated 100-year-old stone houses.

The sole 4-star hotel in Beersheva is the 244-room, 12-floor Leonardo in the center of town.

As more overseas tourists discover the charms of Beersheva in particular and the Negev in general, we expect to see more high-end hotels being built here.