Adding spirulina to falafel could yield the next superfood

With the world’s population expected to rise to a staggering 9.8 billion by 2050, the question arises how to feed everyone nutritious, healthy food without ruining the planet’s resources.

A surprising solution might be found in a food that was eaten by the Aztecs hundreds of years ago: spirulina.

While nowadays better known in the form of dietary supplement pills and superfood powders, spirulina is in fact a biomass of blue-green algae. It was a daily food source in the Americas until the 16th century, when it lost popularity as lakes were drained for agriculture and urban development.

Spirulina produces its own food by photosynthesis, and its cultivation requires much less land and water than that needed by cattle or poultry, making it an eco-friendly alternative to feed the world.

But how to incorporate it into everyday diets?

A team of graduate students from the Technion-Israel Institute of Technology found one very Israeli answer to that – a falafel enriched with spirulina.

For an extra kick, they served it with tahini enriched with astaxanthin, a health-promoting compound found in certain algae and seafood (it’s responsible for salmon’s reddish color and flamingo feathers’ pink hue).

The hard work paid off, as the team recently won first prize in a competition held by EIT Food, a European initiative focused on the food sector. 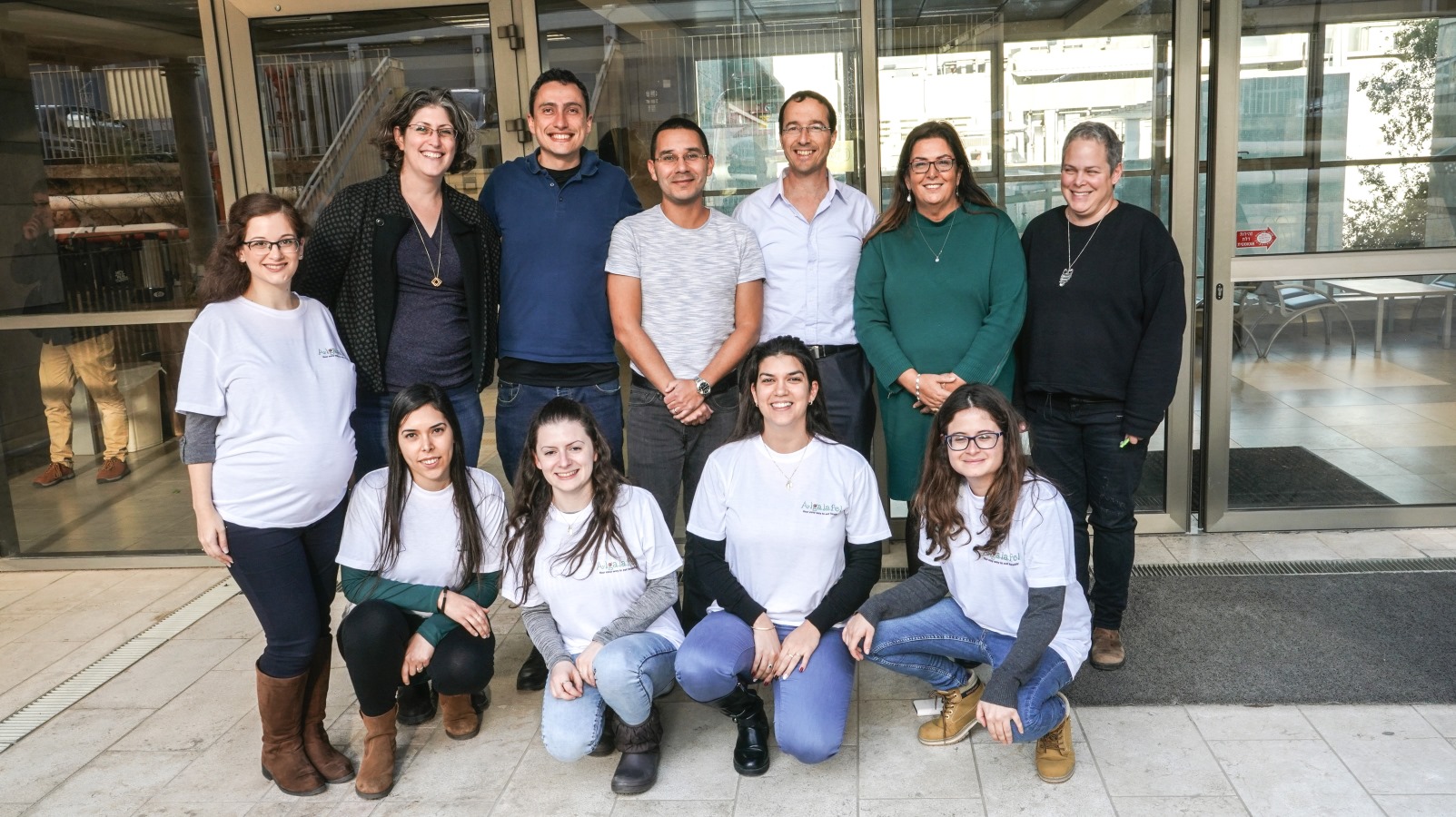 The winning Technion students and their mentors. Photo courtesy of Technion-Israel Institute of Technology