Weekend gathering immerses men and women into the richness of Judaism

The visible group of young men and women crossed the street in the Crown Heights neighborhood of Brooklyn, N.Y., stopping at a shop called Primo Hatters. “This is where the rabbis get their gear,” said their guide, Rabbi Mendy Levertov. “To you, the hats may look the same, but they come in a variety of sizes, styles and prices.” The lot trooped up a narrow staircase to a recently renovated showroom where proprietor Mendy Sacho displayed custom-made kapotas, traditional long black silk coats worn by men on Shabbat and holidays.

“On Shabbat, you wear something special,” said Sacho. “Silk is a Kabbalistic material.”

The rabbi and his wife, Mussy, flew in along with six others from Austin who joined them for an insider’s tour of the “urban shtetl.” More than 200 visitors from 45 CYP communities were in town for the weekend, and on Friday, they split into five tracks for a look at the neighborhood: The Foodie, The Community Insider, The Artistic Spirit, The Scholar and The CYP Champion.

What group was Levertov’s? “The Latecomers,” he quipped with a grin.

They quickened their pace, trying to get in as much of they could of the afternoon bustle before the businesses were shuttered for Shabbat. “These streets will be empty soon,” said Levertov. “You’re going to notice the difference.” 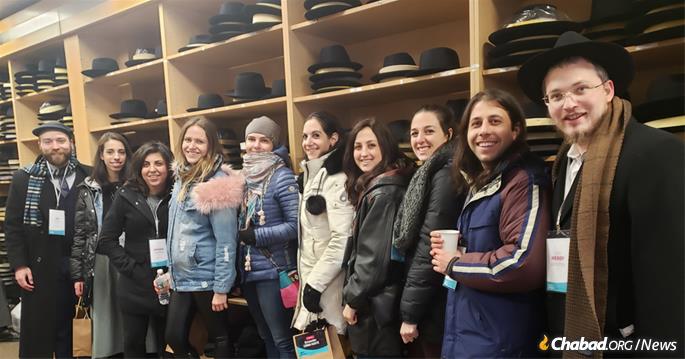 They split into five tracks for a look at the neighborhood: The Foodie, The Community Insider, The Artistic Spirit, The Scholar and The CYP Champions. One group visited Primo Hatters. (Photo: Tzemach Feller)

They walked past synagogues and shops, past two men inflating a tire and some paramedics rushing to a call, until they reached a small, nondescript building sandwiched between an apartment complex and a busy thoroughfare. Descending a wrought-iron staircase, they entered a spacious lobby decorated with chic furniture, modern fixtures, scented candles and verdant greenery. They had entered Mei Chaya Mushka, a contemporary women’s mikvah. An informative explanation on the basics of family purity was followed by a tour of the preparation and immersion rooms.

After a stop for some kosher pizza, they split up and headed to their hosts’ homes to prepare for Shabbat. 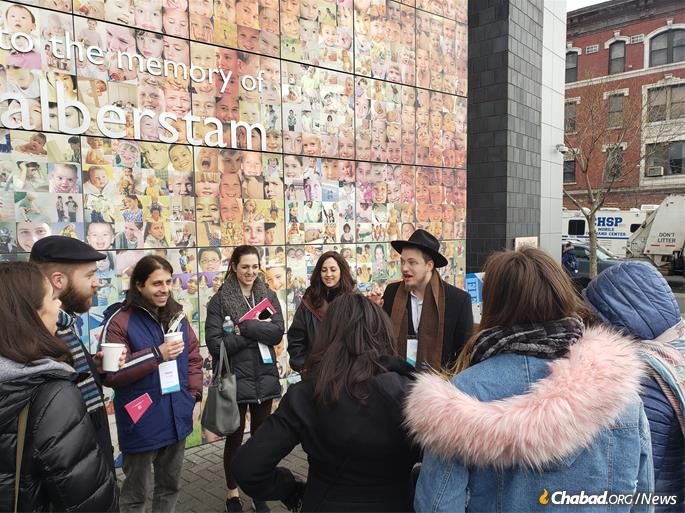 Dressed in their finest, participants streamed to a local ballroom, where they mingled over wine and hors d’oeuvres before the Shabbat candle lighting, prayers, kiddush and meal. The Austin group found common ground with many of the other CYP chapters hailing from cities with relatively small Jewish populations. Matt Silton, from Salt Lake City, said that participating in his CYP’s events gave him a sense of community and belonging in a city few Jews call home. “My favorite events are the Shabbat dinners, but every month brings new social events,” he said. “They’re all great.”

Pavel Gitnik of Austin offered insight into the earlier outing that day, saying, “I used to look at the picture on Rabbi Mendy’s wall with all those men in black hats, thinking: ‘Where on earth could that be?’ ” He smiled, acknowledging that “I’ll never look at that picture the same again.”

As Shabbat began, Rabbi Mendy Kotlarsky, executive director of Merkos 302, got up on a chair as the crowd grew silent. He issued two challenges: the first, for everyone to meet at least one person from each location represented, and second, for everyone to take something concrete out of the weekend, committing to a resolution to better themselves and those back home. 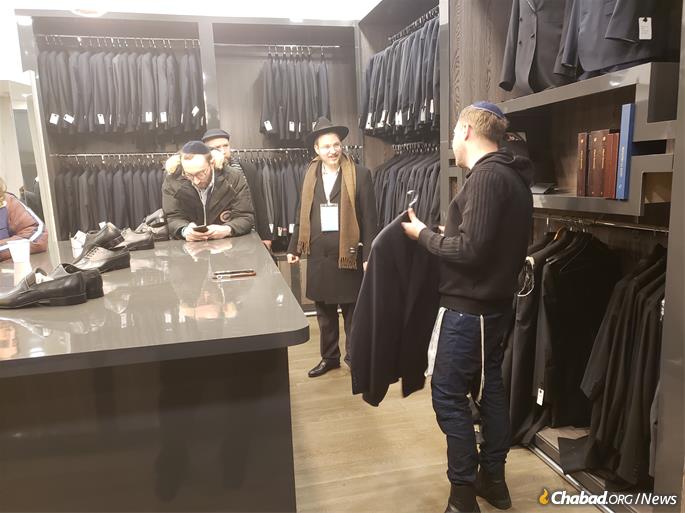 Dozens of candles glimmered in the room. Accompanied by guitars and drums, a musical Havdalah began. As the oversized Havdalah candle was extinguished in the remnants of the wine, and the room burst into dance.

A buffet melaveh malka followed, as groups socialized over pasta, sushi salad and beer. Koby Sokoloff, from San Antonio, chatted with his rabbi, Eliyahu Nochum Block, who co-directs Young and Jewish San Antonio with his wife, Tzivia. “It’s an awesome, tight-knit group,” said Sokoloff. “There are Torah discussions, social events; we often get together just to hang out.”

The Blocks moved to San Antonio (where the rabbi grew up) less than a year ago, but their nascent group is quickly growing. About two-dozen people join them for Shabbat meals, and eight came to New York for the Shabbaton.

“CYP is one of the fastest-growing, most dynamic Chabad networks,” said Rabbi Moshe Kotlarsky, vice chairman of Merkos L’Inyonei Chinuch, the educational arm of the Chabad-Lubavitch movement. “This weekend’s success reflects on the expansion CYP has seen in recent years.”

Like their constituents, the rabbis and rebbetzins who co-direct CYP chapters are mostly urban millennials, and their programs address their communities’ unique needs. 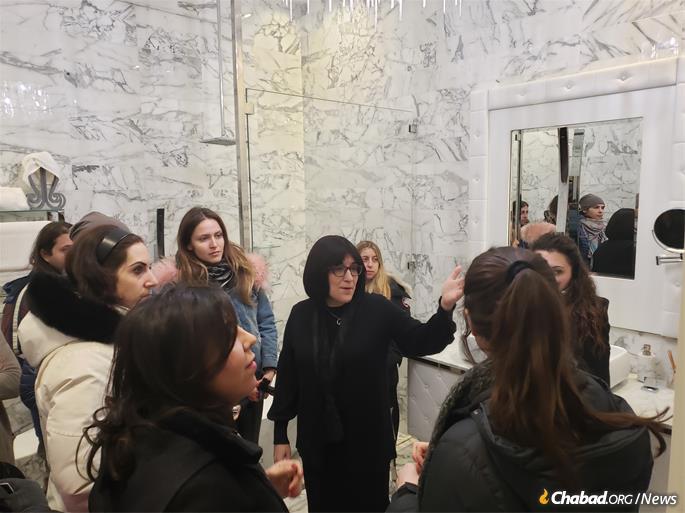 Women were given a tour of the mikvah. (Photo: Tzemach Feller)

The weekend was capped off on Sunday with a visit to the Ohel in Queens, N.Y., where the group joined in the ceremony marking the beginning of the months-long process of handwriting a Torah scroll. They each took their turns filling in a letter outlined by the scribe, making their mark on the unbroken chain of Jewish heritage.

Cards were distributed, and those who had met the younger Kotlarsky’s Friday-night challenge wrote down their resolutions, placing them at the Rebbe’s gravesite. Silton, from Salt Lake City, resolved to put on tefillin each day.

“Crown Heights is such a special, welcoming place,” said Emily Seigler, from Nashville, Tenn., who got to know CYP while living in Austin. “Coming from a city with a smaller Jewish community, this was a much-needed experience that has inspired me to not only feel this way when in Crown Heights, but to bring what I learned and felt back with me to Nashville. I left the weekend feeling really rejuvenated and more grateful to be Jewish than ever.” 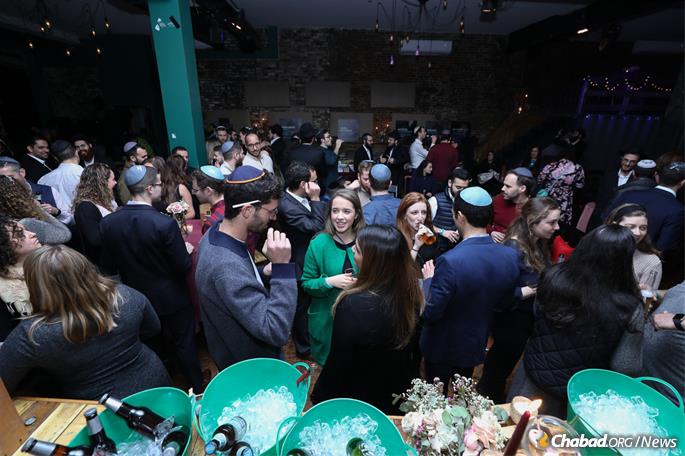 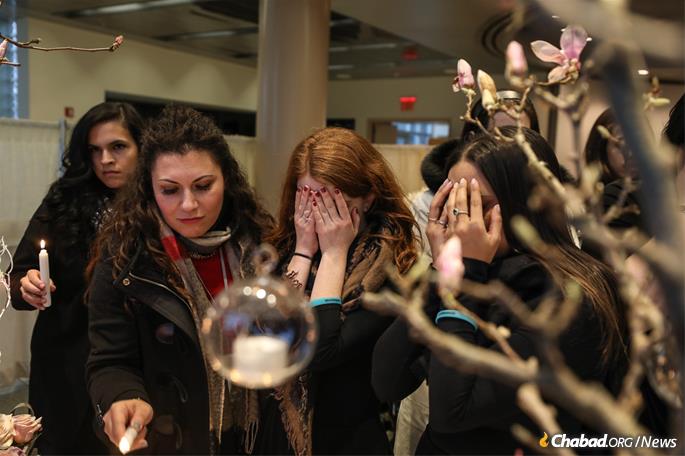 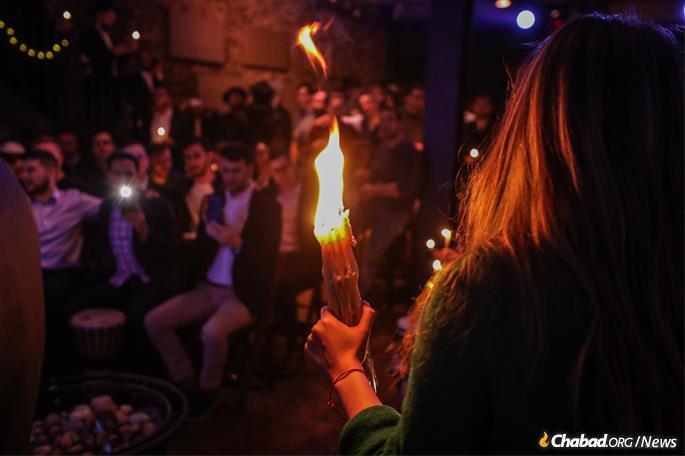 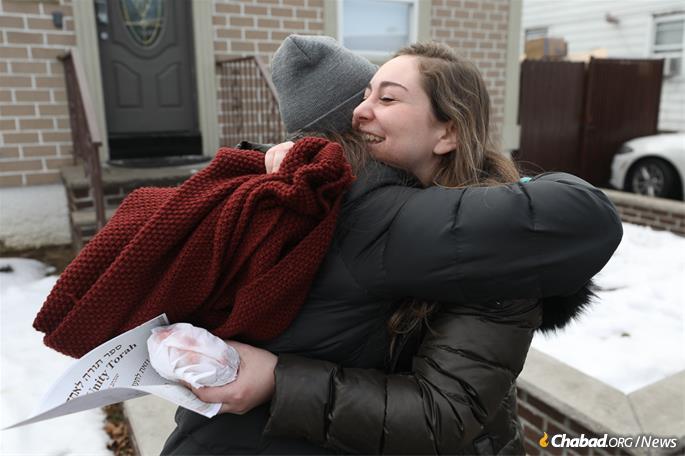 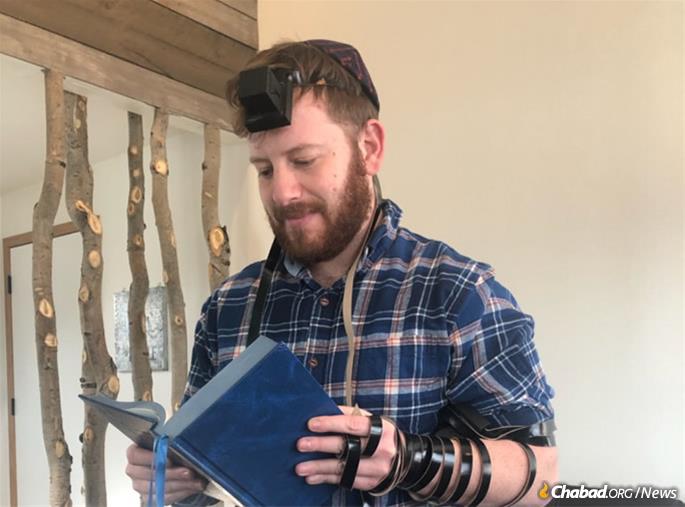