The Jewish community in Łódź is planning to build the first new synagogue in Poland since the Second World War. Construction of the synagogue, which will stand on Pomorska Street 18 next to the current Jewish community building, is due to start in the spring.

The new house of worship, which should be able to accommodate about 100 worshippers, will also come with a three-star hotel, and the complex will replace the guest house, restaurant and shop that currently stand on the site.

A new synagogue will testify to the growing interest in Jewish life in a city that once suffered the full anti-Semitic horror of Nazi rule. The Nazis established the second largest ghetto in occupied Europe in Łódź, and at one time it held more than 200,000 Jews. During the occupation the Nazis also burned down 39 synagogues in the city, including the great pre-war synagogue of the Ezras Israel Association on 6 Wólczańska Street. 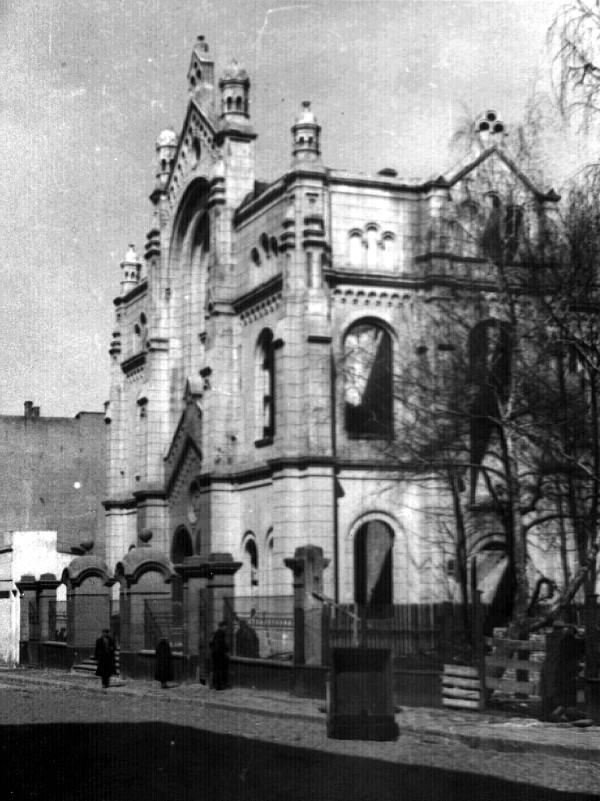 The Ezras Israel synagogue, which was destroyed by the Nazis, will serve as the model for the new synagogue.Public Domain

Tomasz Rosłoński, vice-chairman of the Jewish Religious Community in Łódź, said the new complex would be open to the public and not just to members of the Jewish community.

In an interview with Radio Łódź, Rosłoński said: “We will not close ourselves in our walls. The hotel will cover an area of almost 2,000 square metres, and the synagogue will be built next to it, together with an educational centre and a kosher kitchen. We are working closely with the Luxembourg ambassador on this issue, who has helped us a lot, and we hope that we will receive financial aid from Luxembourg.” 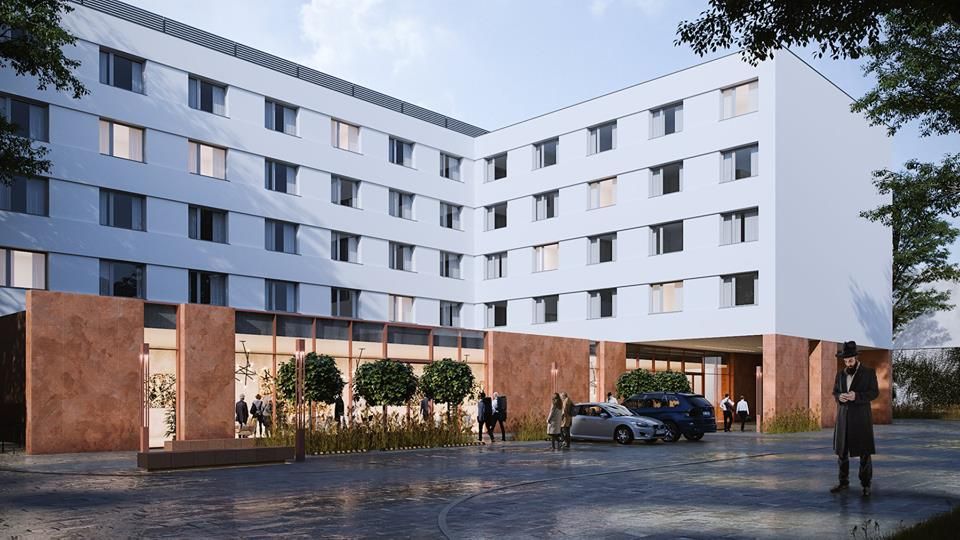 The entire complex will cover 3,650 square metres and will also include a 100-square-metre educational centre, and a restaurant that can accommodate up to 120 people.Lab Design Group/Facebook

Szymon Zadumiński, a former member of the Jewish community in Łódź, said in an interview with Gazeta Krakowska that the new synagogue would resemble the Ezras Israel synagogue destroyed by the Nazis. “We have chosen it as the model of the new synagogue, because it was not only demolished like other synagogues in Łódź, but in addition the Germans treated the rabbi very badly,” he said. “It is necessary to build new synagogue because the two existing ones in Łódź are not big enough.

“The synagogue of the community is very small so when 70 men from Israel arrive at the same time they can’t fit in it,” said Zadumiński.

The hotel will have 129 rooms, while the synagogue will have two floors. The entire complex will cover 3,650 square metres and will also include a 100-square-metre educational centre, and a restaurant that can accommodate up to 120 people. The cost of building the complex is estimated at PLN 30 million, a large part which will be covered by EU grants. The project is managed by the Łódź Lab Design Lab Group.