6 places to visit in 6 hours in the Western Galilee

A quick anniversary trip to northern Israel takes our writer to half a dozen terrific spots you’ll want to put on your own travel itinerary.

Nahariya holds a special place in my heart – it was there in 1986 that my then-girlfriend and I made several pivotal choices about our budding relationship.

So, when it came time to celebrate our 31st wedding anniversary (the choices we made back then, it seems, were the right ones), we thought: Why not return to the scene of the crime? It had been much too long since we’d last visited the Western Galilee.

We stayed in the Shtarkman Erna boutique hotel in walking distance of the center of town and the main beaches. 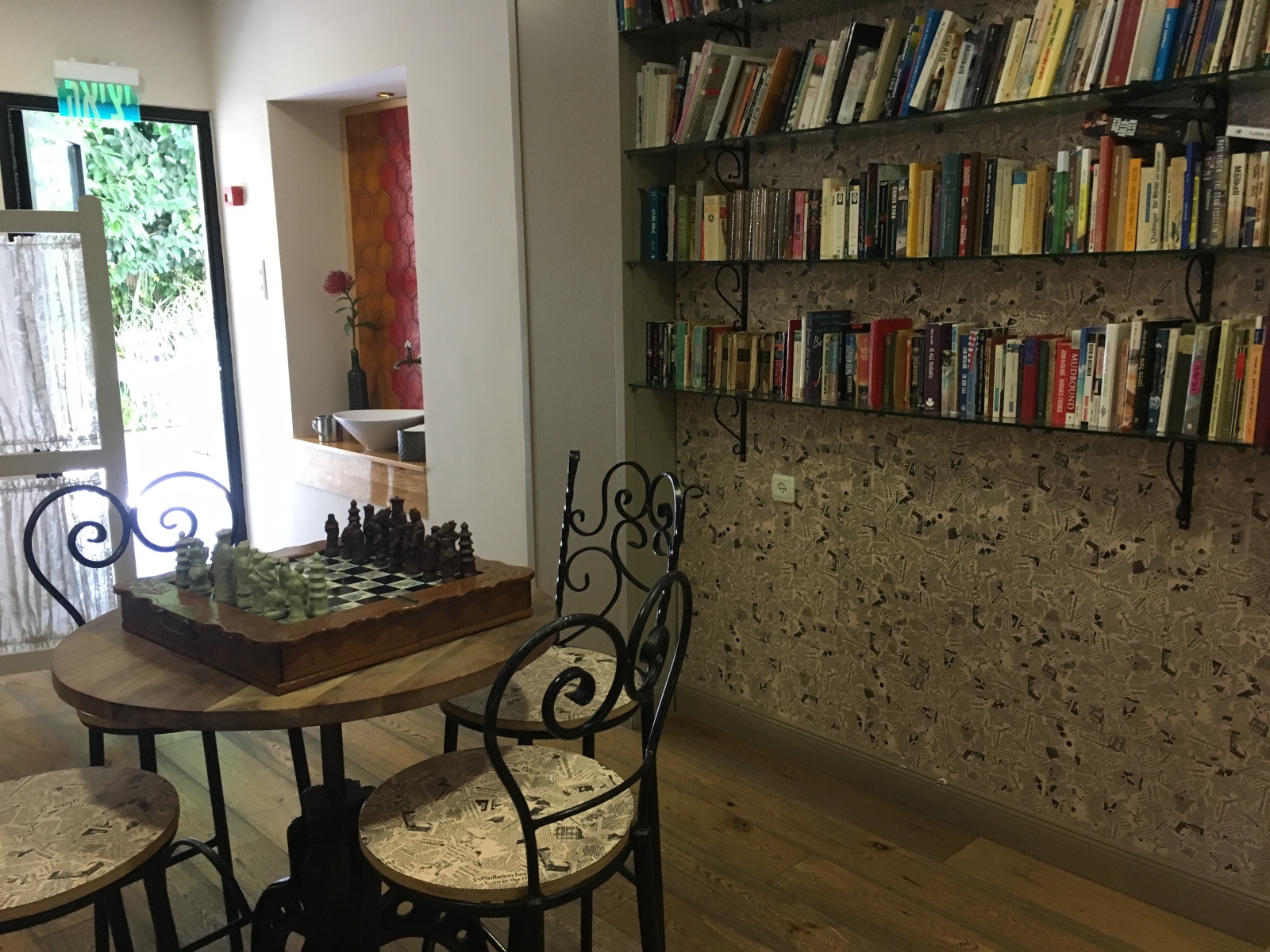 Inside the Shtarkman Erna boutique hotel in Nahariya. Photo by Brian Blum

When we first got there, I’ll admit I was disappointed in the appearance of the unremarkable building from the outside. But step past the heavy wooden front doors and you’re in another world: a combination of Old World style (Nahariya was established by German Jewish immigrants in 1935) and modern touches (every room has been lovingly refurbished). While no holiday accommodations in Israel are inexpensive, this is Nahariya, not Tel Aviv, so it won’t set you back a month’s salary.

We didn’t have a lot of time and we didn’t want to drive too far from our Nahariya base. Still, we packed in a lot.

Here are the six places we visited in the Western Galilee in just six hours. 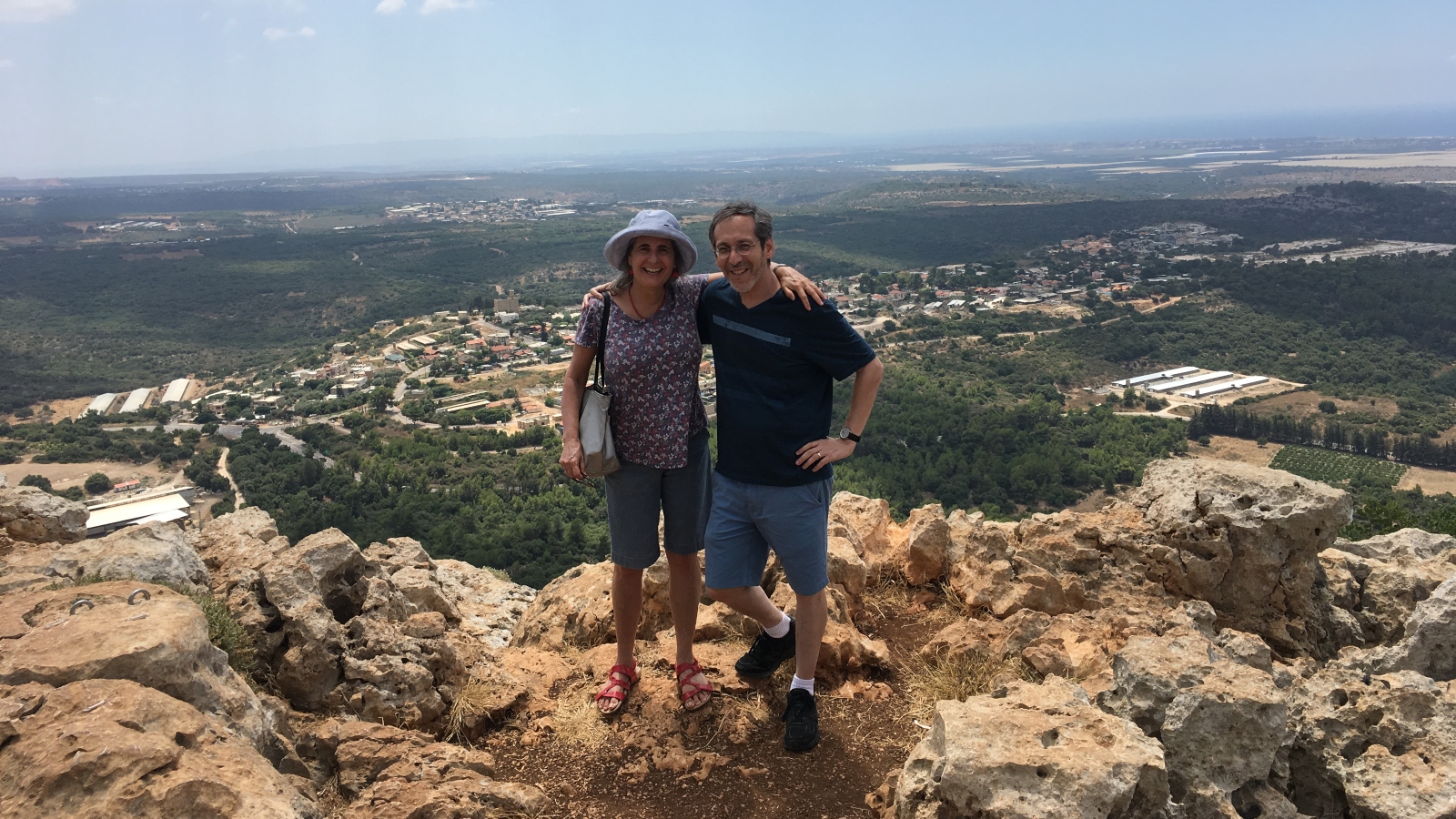 Jody and Brian Blum at Keshet Cave in the Western Galilee. Photo: courtesy 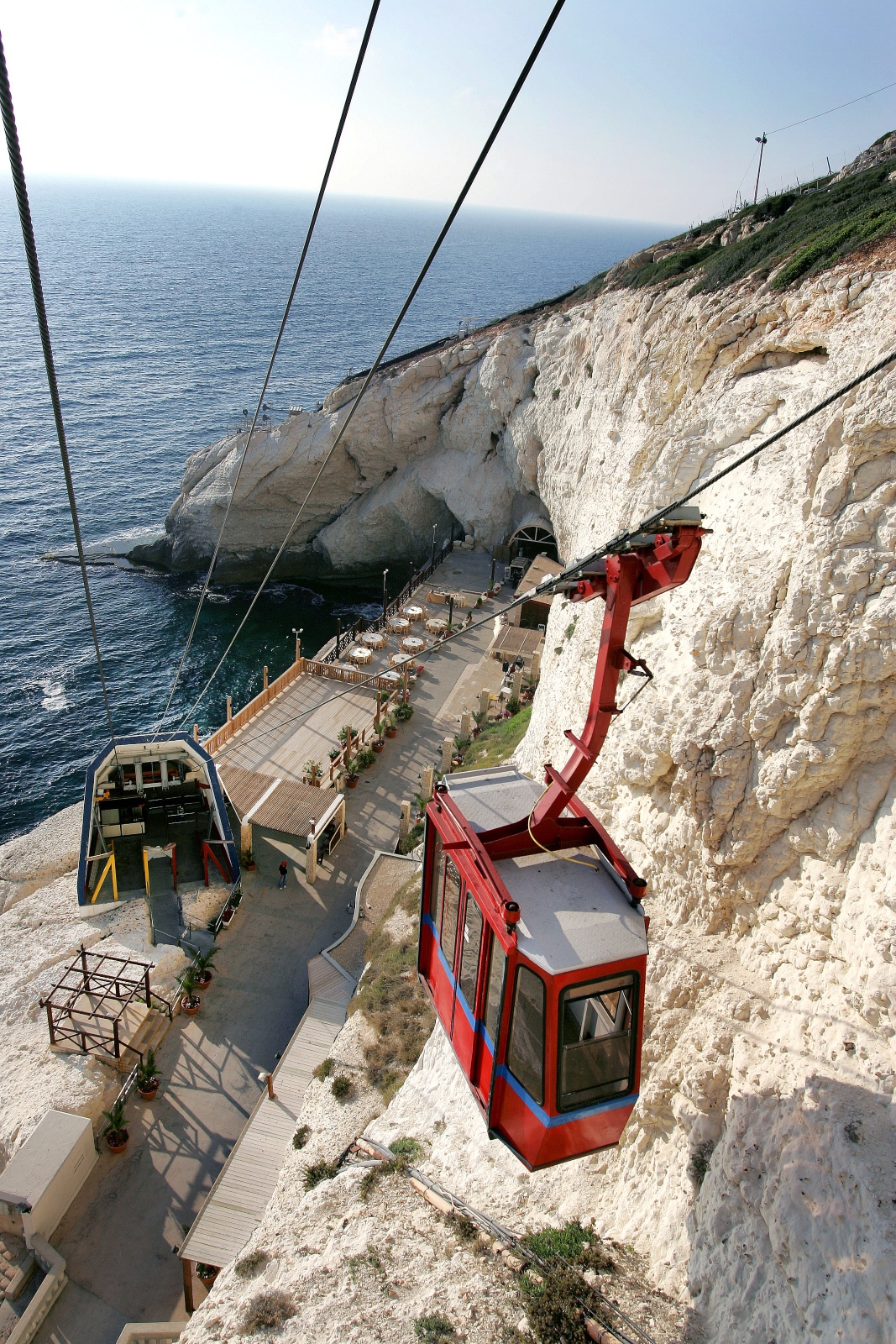 A cable car at Rosh Hanikra. Photo by Moshe Shai/Flash90

Located as far northwest as you can travel in Israel before you cross into Lebanon, the grottos at Rosh Hanikra are a must-see attraction – and for good reason.

The brisk cable-car ride down is fun even if it’s no competition with its Swiss or Norwegian counterparts.

The gushing water in the grottos is exhilarating for kids of all ages.

Beyond the grottos, the train tunnel to nowhere – once a part of a line that connected pre-1948 Palestine with Beirut – evokes a time when the Middle East’s borders were more porous.

Down the road from Rosh Hanikra, a quick turn east on Route 899 takes you to Moshav Shlomi, a sleepy community that has one highly unusual home. The late artist Ofra (Afia) Zacharia painted the interior of her tenement-style apartment in a cartoonish, naïve style with crazy patterns of stripes and colors, with African and Mexican motifs. 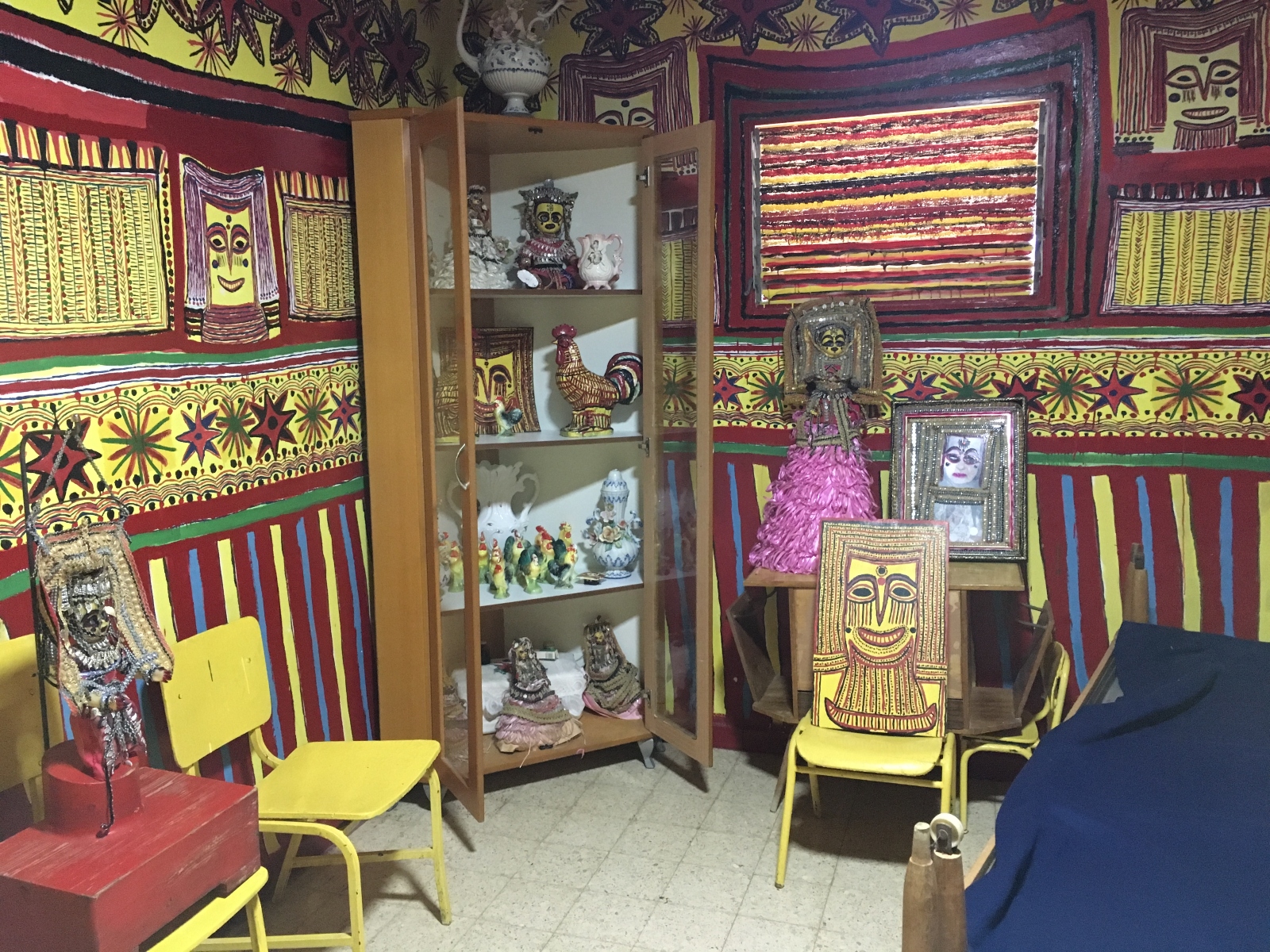 The Painted House on Moshav Shlomi. Photo by Brian Blum

An immigrant from Yemen who never learned Hebrew, at 80 years old Zacharia was displaced from the land on which she lived when the moshav decided to expand its industrial zone. Her response: to paint and in the process to tell the story of her life by covering every wall, floor, ceiling and even window with color.

The apartment is in the middle of a residential neighborhood, down several flights of steps and past a nondescript courtyard – blink and you might miss it.

Continuing along Route 899, make a left to ascend a twisty road to the top of Park Adamit. There you’ll find Keshet Cave, a bold geological dimple with a stunning view of the entire Western Galilee. 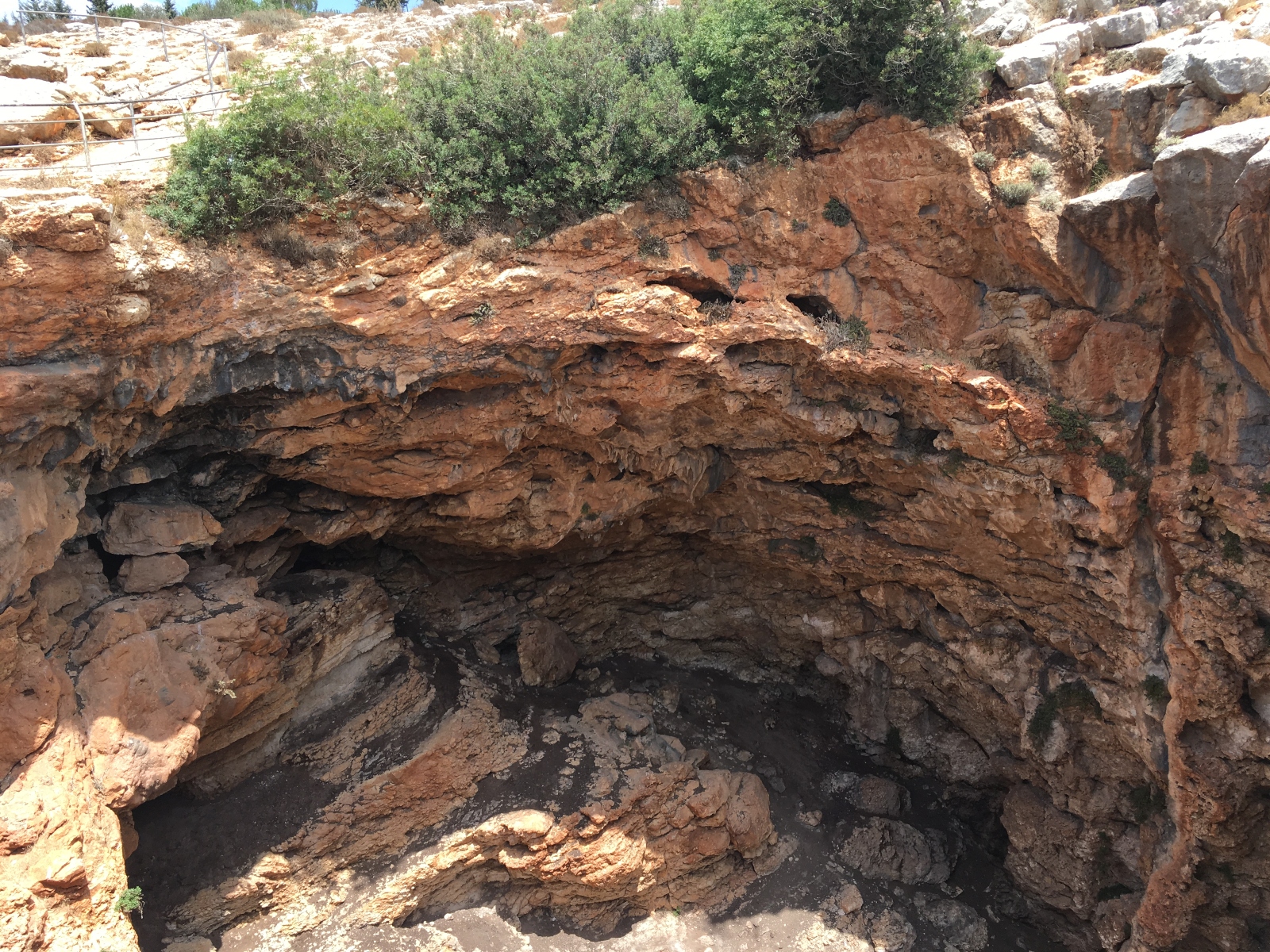 Keshet Cave in the Western Galilee. Photo by Brian Blum

Keshet is Hebrew for “arch,” which is how the rim of the cave presents. The cave itself is an easy 10-minute walk from the parking lot on a stroller-friendly paved path. When we visited, a tour guide was putting away the ropes he’d just used to help a visiting Birthright group rappel into the depths.

Across Route 899 and very near Keshet Cave, Park Goren is filled with lovely picnic spots and hiking trails. We drove to the top of the hill for a magnificent view of the Montfort Crusader fortress below. 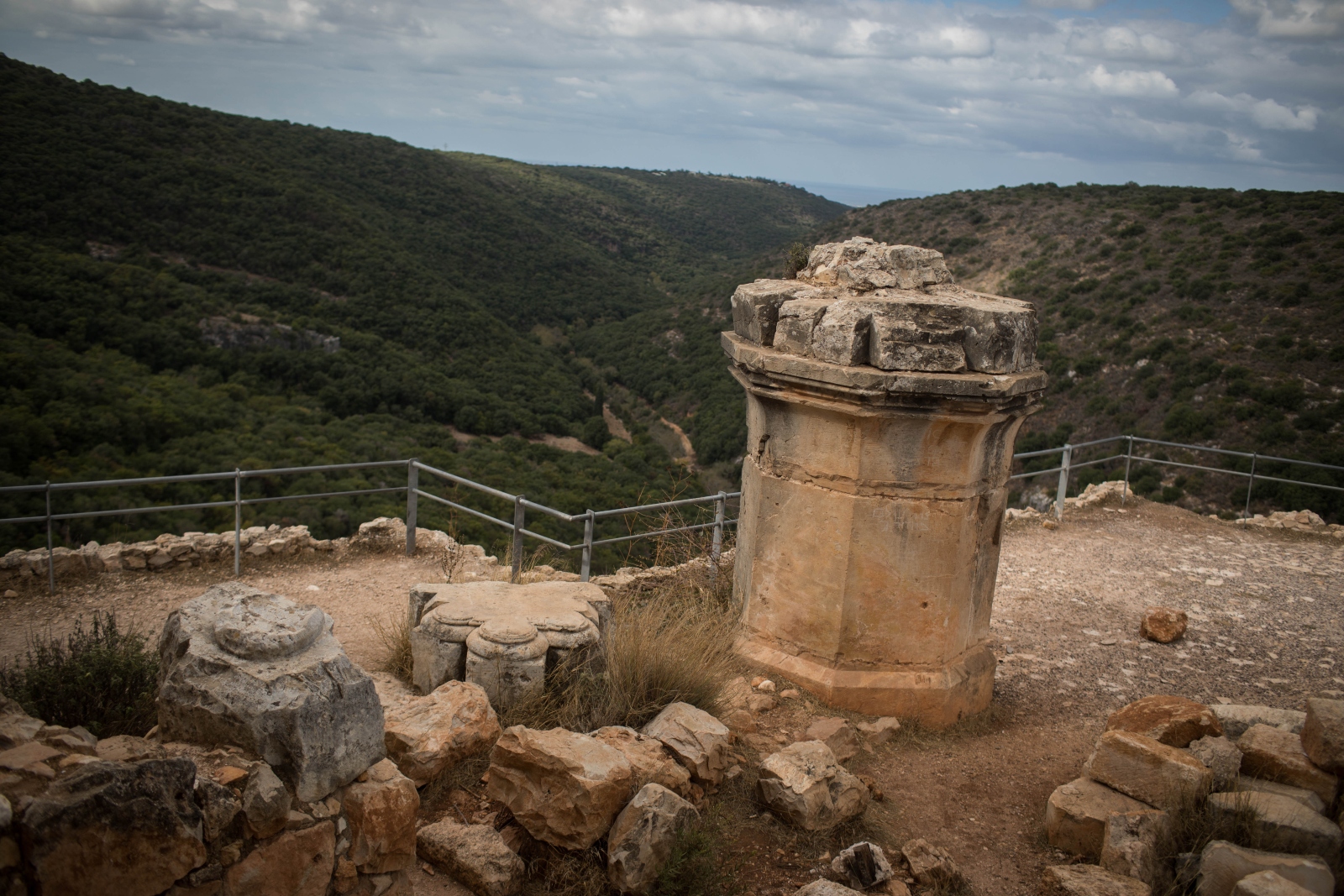 There are several trails that lead from the viewpoint into Nahal Kziv to reach the ruins of the castle. But be wary before you begin: it’s a steep descent and an even more challenging hike back up. 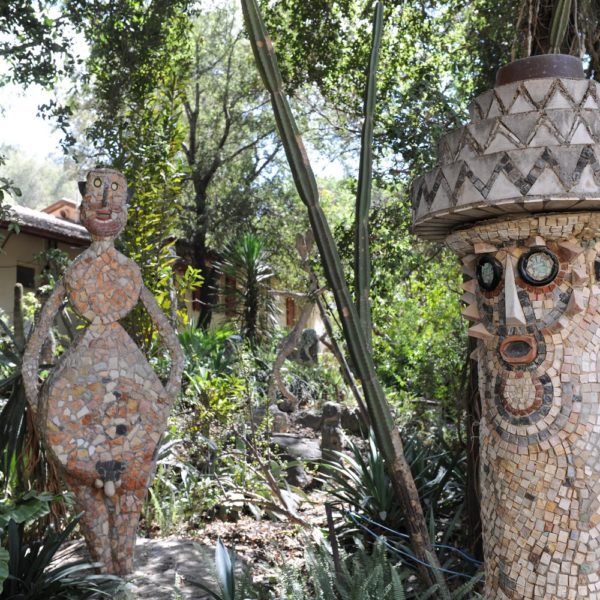 Tucked deep into Kibbutz Eilon, between Adamit and Goren parks, Ruth and Meir Davidson have created a quiet garden of some 300 mosaic-covered sculptures, representing all manner of creatures real and make-believe – including a wide variety of totem sculptures and mosaic masks – created over a 50-year span.

There’s a gallery and a lively aviary nearby (which makes it not quite as contemplative as the Davidsons may have envisioned). It’s free to wander as long as you’d like. 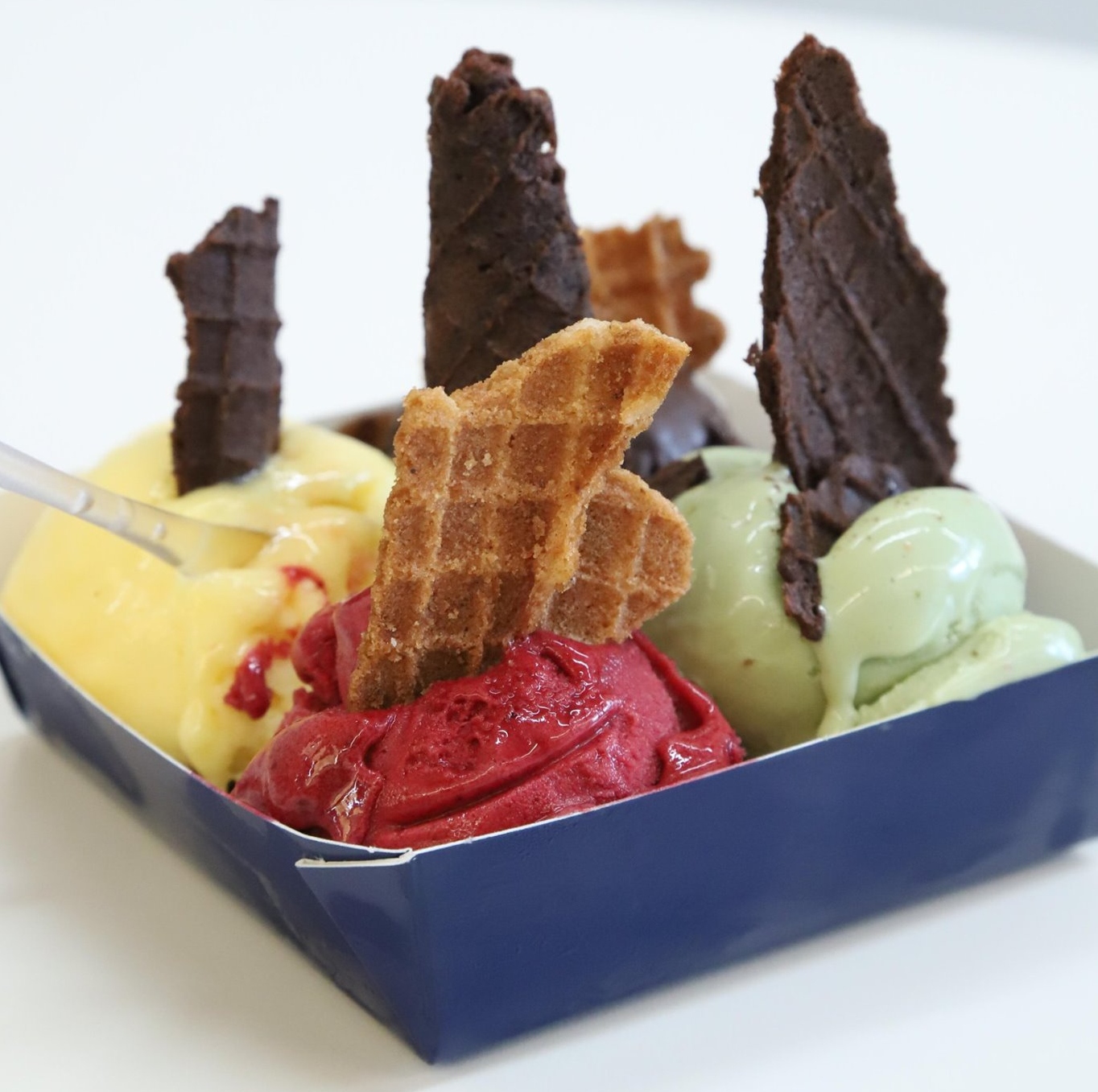 A cool treat at Buza in Ma’alot-Tarshiha. Photo: courtesy

Summer in the Western Galilee means temperatures in the mid-30s Celsius and, if you’re along the coast, bucket-drenching humidity. Which makes it the perfect season for ice cream.

And the most perfect ice cream in the region is at Buza, a joint venture between Adam Ziv, a Jew from Kibbutz Sasa, and Alaa Sweetat, a local Muslim. The flagship shop of the growing chain is in the mixed Jewish-Arab town of Ma’alot-Tarshiha. (Workshops and tours are available at the Buza Visitors Center at Kibbutz Sasa).

Buza simply means “ice cream” in Arabic, but there’s nothing simple about the all-natural creative flavors on tap. My favorite: a salted cashew caramel with coconut. My wife had vegan chocolate in a halva-flavored cone.

The ice cream containers are closed with a lid – something I’ve never seen before (every other establishment openly displays its colorful swirls to entice shoppers) – presumably to seal in the freshness in Buza’s preservative-free concoctions.

If you have time for more…

There are oodles of Western Galilee attractions that we didn’t get a chance to visit – the Alto goat farm and brunch spot, several local wineries, the Malka beer brewery in Yehiam, the burgers at Moshav Meona and chef restaurants.

And of course, there’s the old city of Acre, where you could easily spend a full day exploring its subterranean delights. We did so the next day on our way back to Jerusalem.

But we wanted to finish early enough to catch the sunset from the beach at Achziv – a picturesque shoreline, not too crowded, with free parking, no entrance fee, a well-stocked snack bar and a section of luxury “glamping” tents for those who prefer to overnight in style. 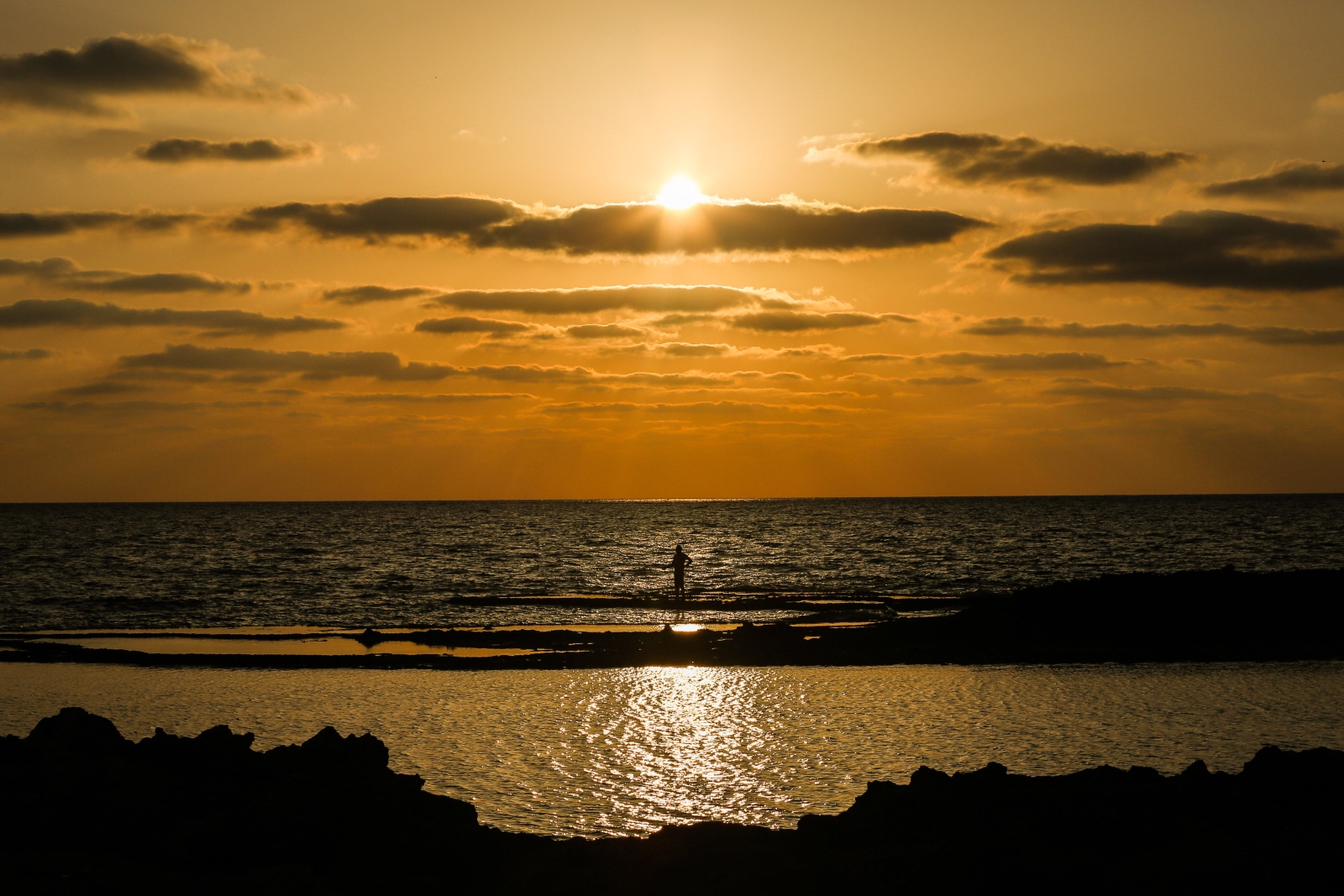 As the sun dipped behind the clouds, we reflected on a near-perfect day, capping off 31 years together. The only question left: Where will we go to celebrate next year?

Brian has been a journalist and high-tech entrepreneur for over 20 years. He combines this expertise for ISRAEL21c as he writes about hot new local startups, pharmaceutical advances, scientific discoveries, culture, the arts and daily life in Israel. He loves hiking the country with his family (and blogging about it). Originally from California, he lives in Jerusalem with his wife and three children.