The small Balkan nation of Montenegro, home to a diverse group of about 500 Jewish people, now has its first resident chief rabbi. Chabad-Lubavitch emissary Rabbi Ari Edelkopf was formally appointed to the post last week in the presence of the nation’s president, Israel’s religious affairs minister, members of government, rabbis from Israel and Europe, and 500 guests from around the Balkans at the annual “Mahar” conference of regional Jewish leaders and community members.

Edelkopf arrived in Montenegro with his wife, Chani, two years ago, and last year celebrated the bar mitzvah of his son at the nation’s first bar mitzvah in memory. His predecessor as chief rabbi, Rabbi Moshe Prevelic, who served as Montenegro chief rabbi while residing in Zagreb, Croatia, remains rabbi of the Croatian community and supported the succession.

Addressing the attendees at the opening ceremony of the 7th annual Mahar (“Tomorrow”) Conference for Balkan Jewry in the city of Budva, Edelkopf affirmed the importance of reaching out to every Jewish resident of Montenegro and enlisting their support in spreading Judaism. “In Judaism, to be a teacher is the biggest honor—to be giving, sharing knowledge and love,” he said. Citing a teaching of the Rebbe, Rabbi Menachem M. Schneerson, of righteous memory, the rabbi emphasized that “everyone needs to share his or her knowledge with others. Even if you know only one letter, share it. With G‑d’s help, we’ll all strive and aim for that.”

“In addition to our very supportive government, local, regional and international organizations play a vital ongoing role in Montenegro’s Jewish community,” said Djordje Racicevic Levi, the president of Montenegro’s Jewish community, “and the Mahar conference, is the only big Jewish annual conference in the region,“ he noted, citing the participation of the Euro-Asian Jewish Congress, the Jewish National Fund (KKL-JNF), European Jewish Association, the Rabbinical Center of Europe, the World Jewish Congress, the Israeli embassy, and the Joint Distribution Committee (JDC). 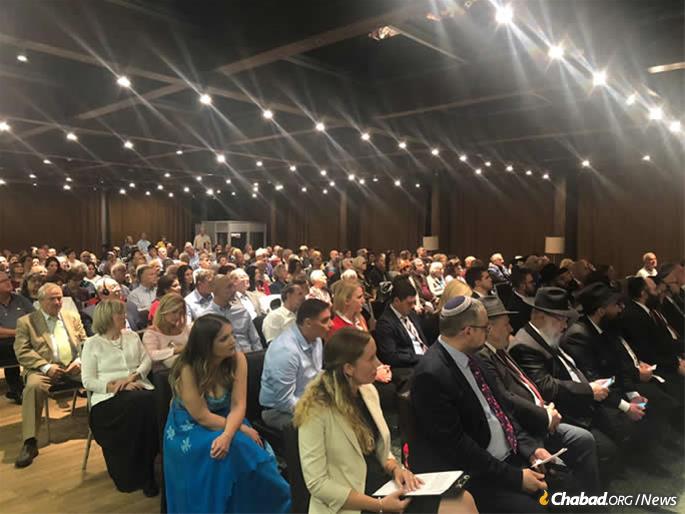 More than 500 Jewish lay and religious leaders attended the conference and investiture.

Following the conference, Edelkopf told Chabad.org how moved he was by the response from Jewish locals. “When people saw me assisting a guest at putting on tefillin, a line began to form, including some who said they had never done the mitzvah,” he was pleased to note.

“On Friday night,” Edelkopf continued, “my wife was leading the Shabbat candle lighting, and there were literally hundreds of candles lit at the same time. It was so beautiful and holy. People here have never seen anything like that.”

The rabbi spoke of one couple, Russian immigrants, who just showed up at the conference asking where the Jewish community was. “After seeing the event on television, she said she had no idea that Montenegro even had a Jewish community,” said Edelkopf. “She and her husband will be joining us for Shabbat.” 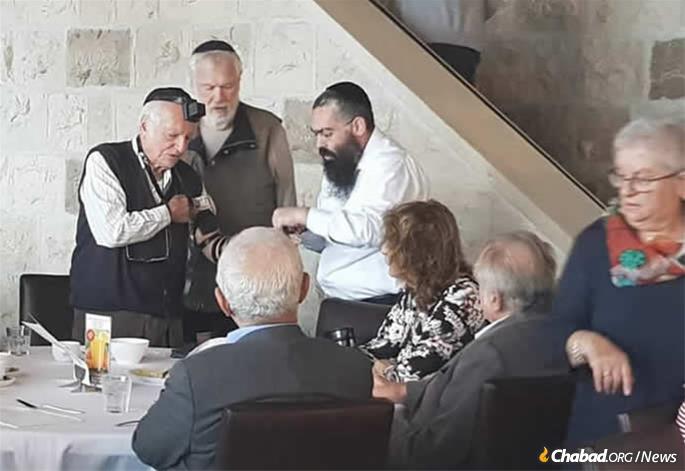 Edelkopf assists a conference participant in the mitzvah of tefillin.
By Yaakov Ort (Chabad.Org)