Fabulous photos of 5 picturesque places to visit in Israel

The beauty of this little land is so paradoxically vast that sometimes it’s best to focus on a few outstanding spots at a time.

The range of gorgeous scenery in the very small state of Israel can be a bit overwhelming when you’re planning to stop on a trip.

The Israel Nature and Parks Authority — which oversees approximately 70 national parks, archeological and heritage sites — suggests focusing on a few at a time.

The “Five Must-Sees” recommended on INPA’s Facebook page are accompanied by beautiful pictures and videos chosen by Oren Gavish, head of the digital at INPA.

Gavish’s list includes: The roaring Banias waterfall (the biggest waterfall in Israel), the magical Ein Gedi oasis near the Dead Sea, the breathtaking archaeology of Masada and Beit She’an and the magnificent ancient city of Caesarea.

“These are just a few of Israel’s finest and most stunning visitor destinations you just must visit while touring the country,” says Gavish.

The 10-meter waterfall at Banias is Israel’s biggest. Photo courtesy of INPA

Aside from the 10-meter Banias waterfall – which falls into a beautiful pool surrounded by vegetation – the Hermon Stream Nature Reserve also includes the 100-meter Hanging Trail; Shrine and Cave of Pan, where you can see the remains of a temple built by King Herod to the god Pan; and other Roman and Crusader archeology.

Speaking of waterfalls, another not-to-be-missed spot is the David Waterfall in Ein Gedi’s David Stream, so named because it was here that the biblical King David found refuge from the vengeful King Saul. 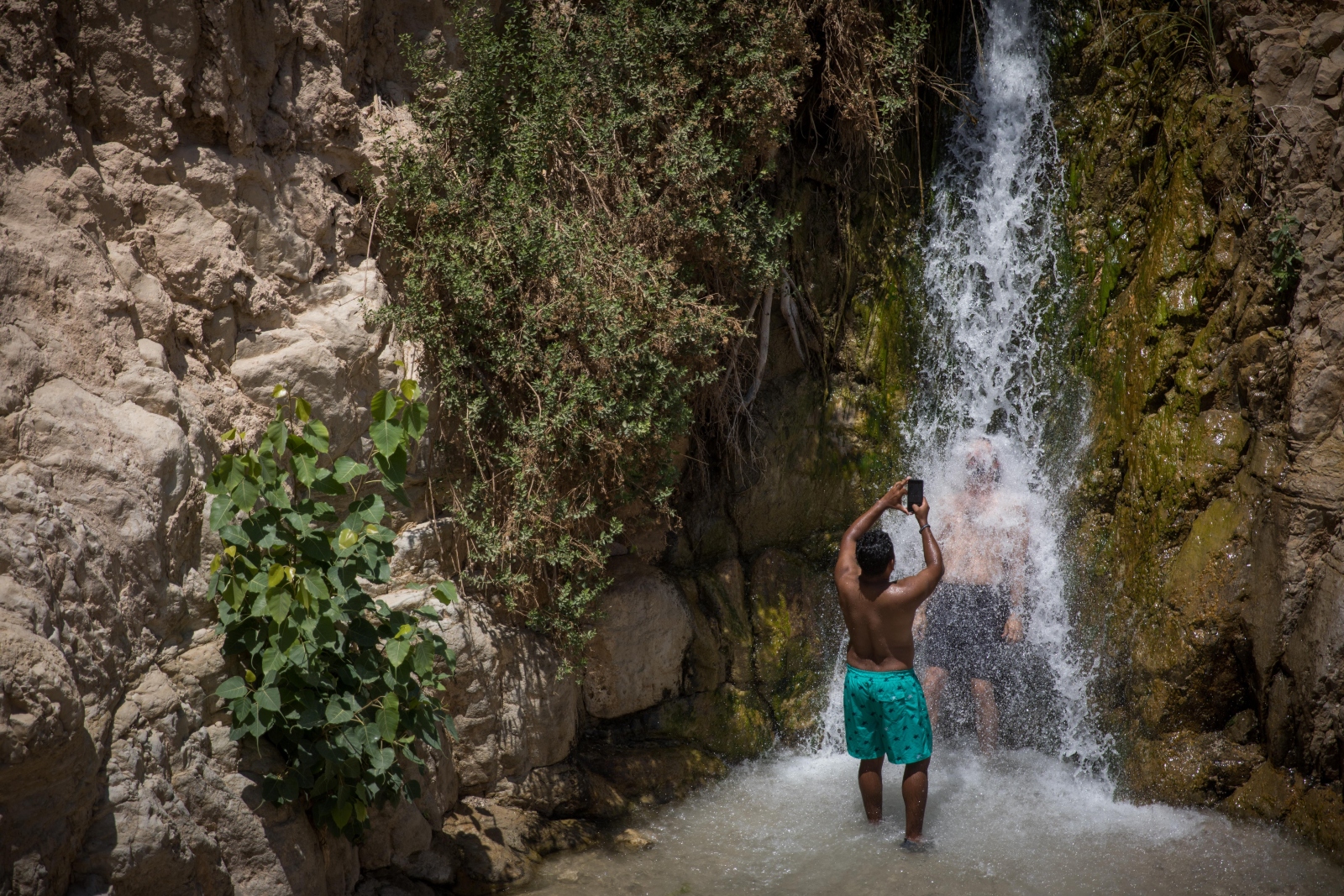 The David Waterfall at Eid Gedi, near the Dead Sea. Photo by Yonatan Sindel/Flash90

Today there’s no palace intrigue to worry about. Hiking on the trail around David Stream is peaceful and beautiful for the whole family. 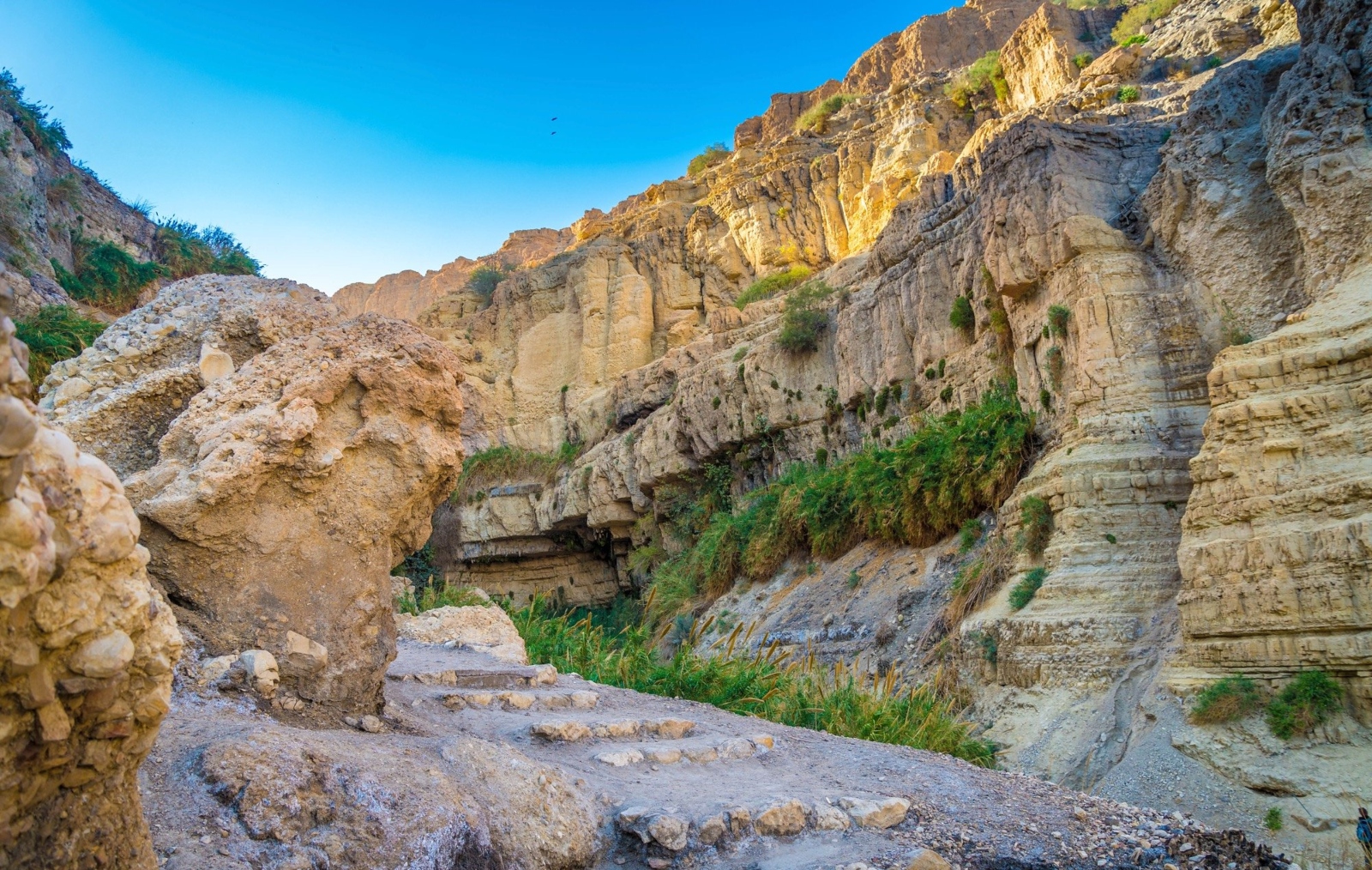 Other points of interest in Ein Gedi include Arugot Stream, the Hidden Waterfall, Ein Gedi Spring, Dudim Cave, the remains of a 5,000-year-old temple, the Dry Canyon, the Window Waterfall, and a system of five steep trails climbing up from the Ein Gedi oasis to the Judean Desert plateau.

In the days of the first-century Great Revolt, the last of the Jewish rebels against Rome entrenched themselves at the hilltop of Masada near the Dead Sea. Their legendary desperate fight, which is believed to have ended in mass suicide, has become a symbol of the struggle for freedom. 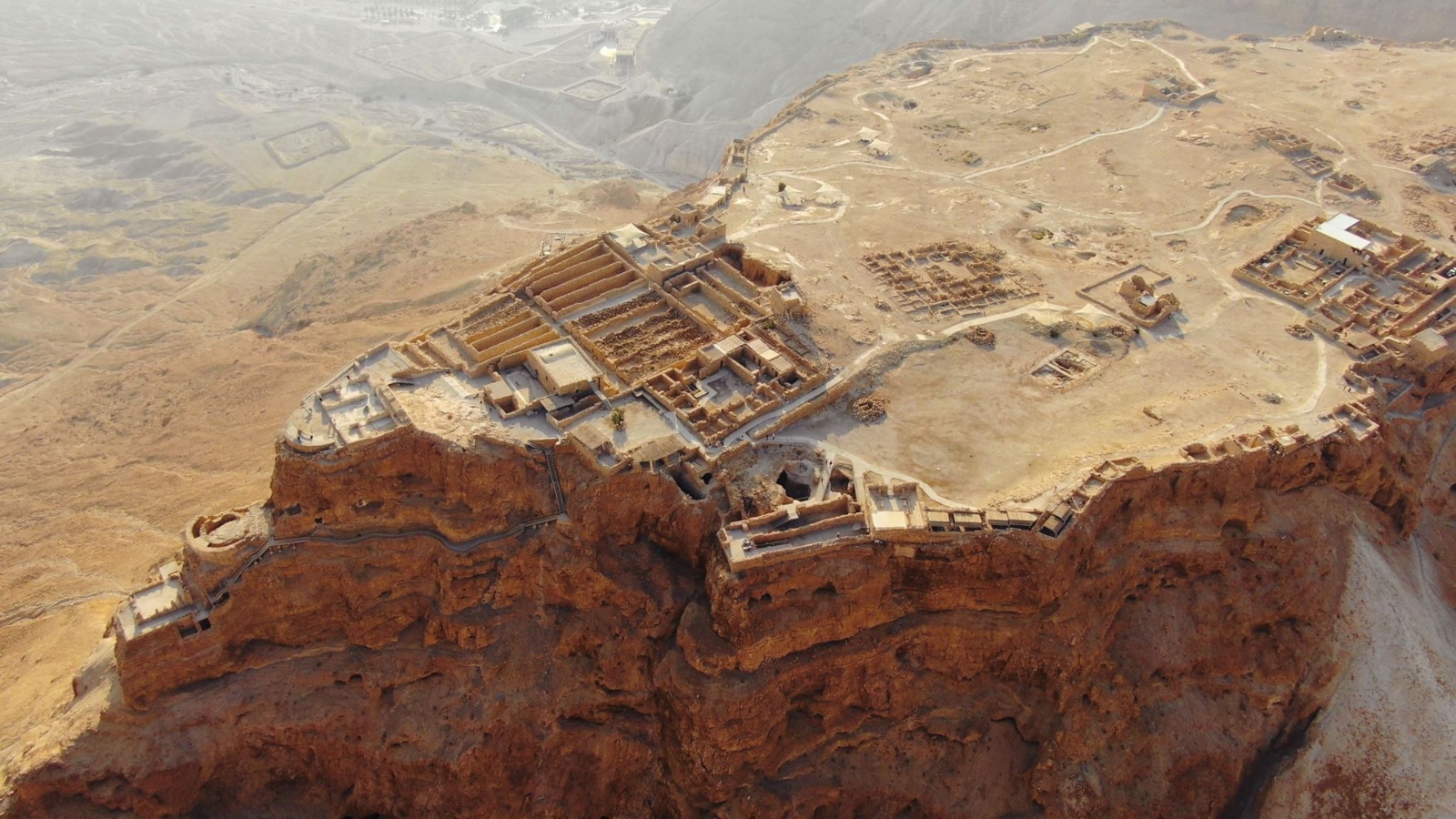 The fabulous new “Masada from Dusk to Dawn” sound and light show on the western slope of this World Heritage Site is presented every Tuesday and Thursday, in wintertime at 7:30 pm and summer at 8:30 or 9 pm depending on sunset time.

One of the oldest cities in Israel, Beit She’an boasts an expansive archeology park where you can see remains of Canaanite, Egyptian and Roman cities. In the time of the Roman empire, Beit She’an was home to 30,000 to 40,000 citizens. Stay until after sundown for the spectacular She’an Nights sound and light show in the amphitheater, Mondays through Thursdays.

The ancient port city of Caesarea, halfway between Tel Aviv and Haifa, is one of the top tourist spots in Israel.

It was here, in 25–13 BCE, that Herod the Great built the first quay-based port of its kind in the Middle East to serve trade vessels sailing between Egypt and Rome. The quays were submerged in the sea on wooden rafts. A lighthouse and a breakwater were also built. 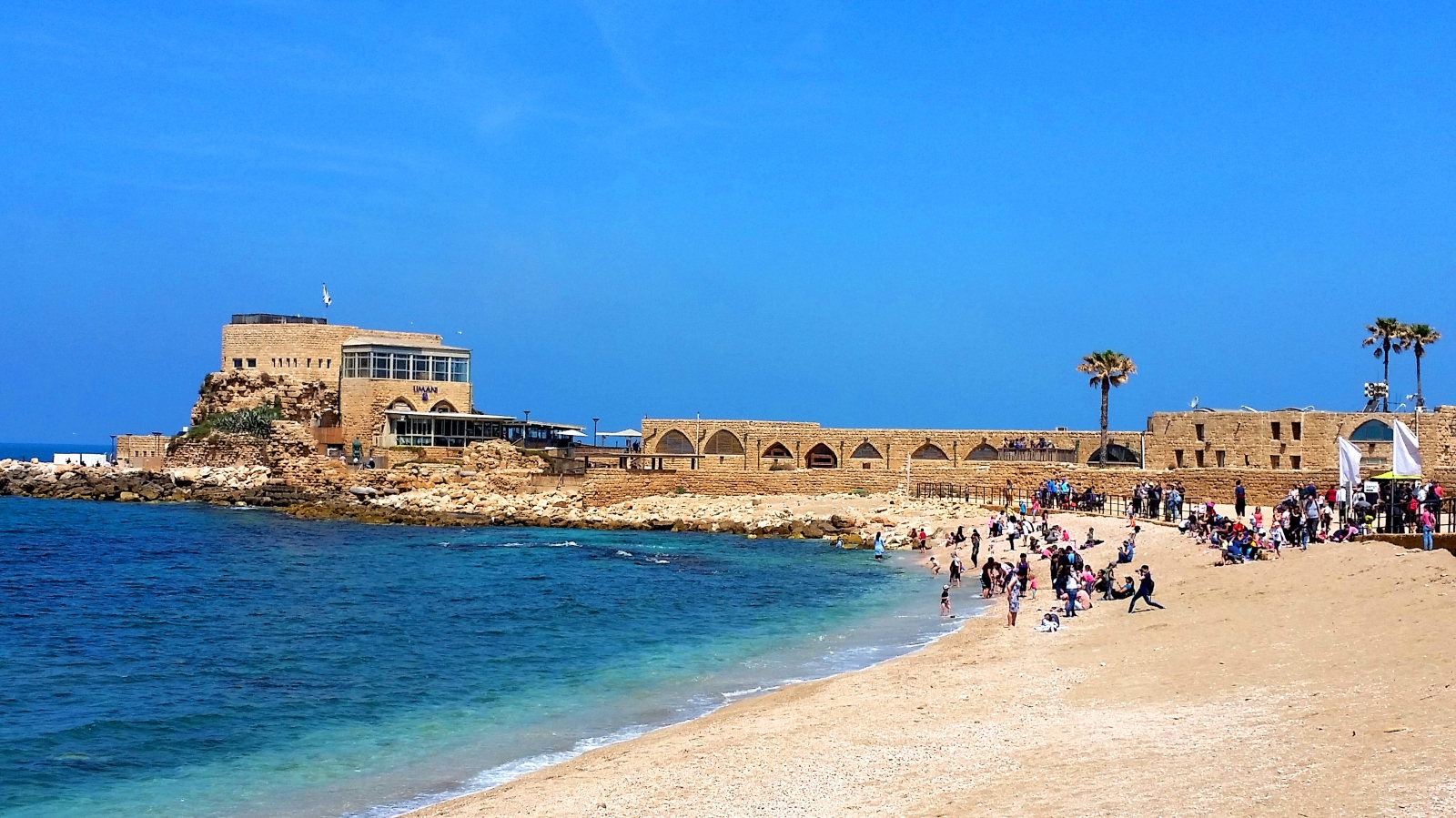 The beach at Caesarea National Park. Photo by Yaniv Cohen/INPA

Caesarea later became an important Crusader city. Today, the region of the port around which the Crusader city was built is a lively entertainment and dining complex.

Caesarea Aqueduct Beach is considered one of the best beaches in Israel. Along the promenade, you can marvel at the ancient engineering of the aqueduct still very much in evidence. 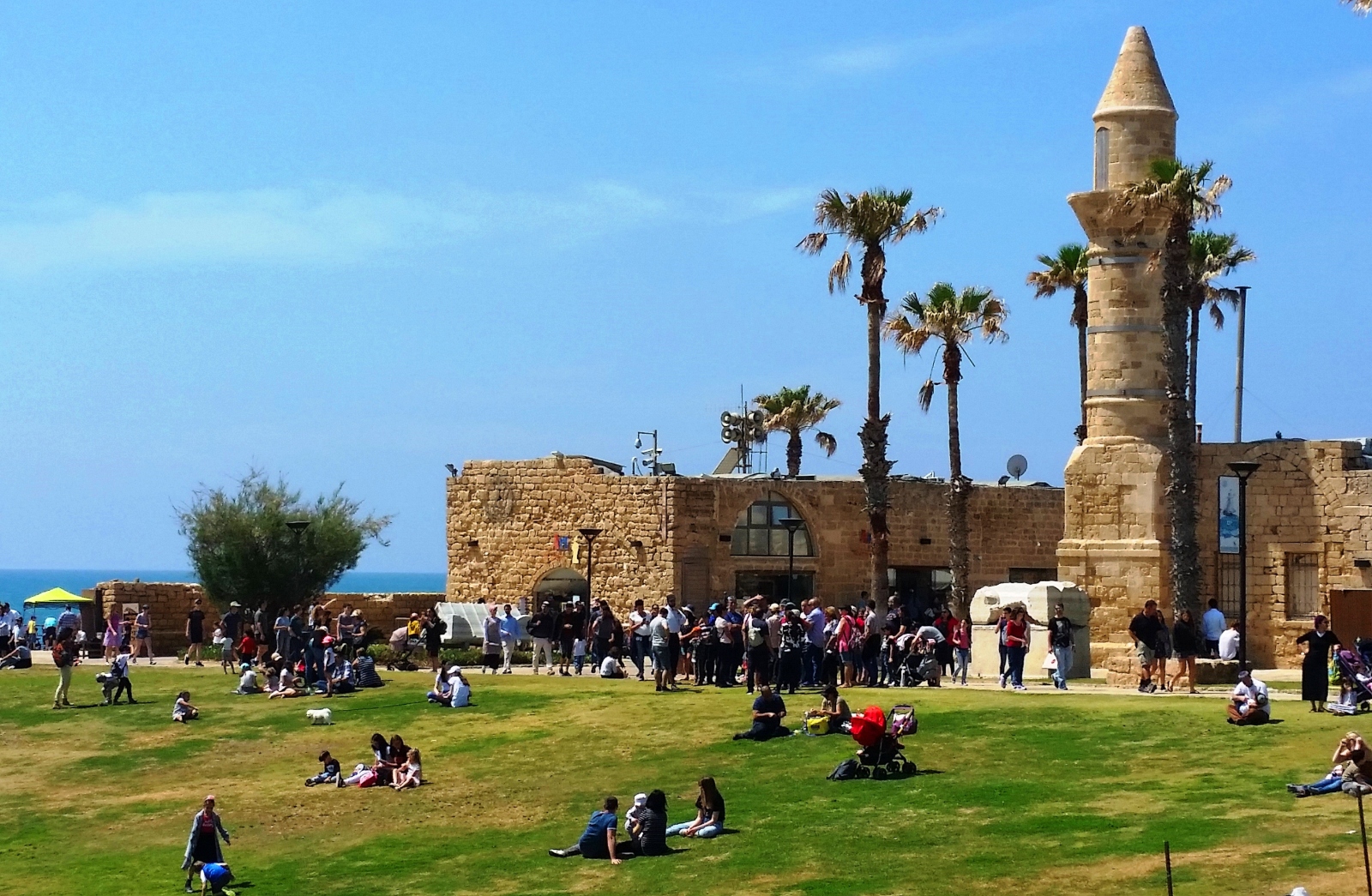 In the archeological park, there’s an underwater museum and the “Caesarea Experience” display and ruins including a Roman theater, Reef Palace, Hippodrome, reconstructed frescoes, and an ancient lavatory and bathhouse.

Go on a candlelit night tour, explore the Time Tower animated display and don’t miss the Caesarea Experience time-travel show taking you through the history of Caesarea. In the summer, concerts are held in the evenings at the port.