Empty for 12 years, the former orphanage will be transformed into Beit HaKehillot museum and community center dedicated to Jewish heritage.

Now, the 19th-century cluster of edifices is undergoing a massive renovation to become Beit HaKehillot (House of the Communities), an interactive Jewish heritage museum and cultural center.

“This isn’t going to be another boring museum filled with artifacts you forget about after 10 minutes. It will be a celebration of Jewish culture that will leave visitors feeling excited about being a part of the Jewish nation,” says Hanan Benayahu, director of Kehillot Yisrael Institute.

He tells ISRAEL21c that the future museum aims to bring to life inspiring historical events, stories, and folklore representing “the radical ideas and core values that Jews brought to the world throughout the diaspora” and how those ideas and values united and strengthened the widespread communities.

“Their culture wasn’t just gefilte fish and cholent,” says Benayahu. “For 2,000 years, they connected to each other and influenced one another, and came up with ways to handle all kinds of situations, not just antisemitism but also issues like encroaching modernity.”

For the past 50 years, Kehillot Yisrael has been collecting what Benayahu says is the largest private archive of original Jewish manuscripts, letters, books, songs, and stories. The institute has digitally documented 1.8 million pages, certificates, and historical documents, and published more than 700 books.

“We all have roots from different communities, but do we have any idea how to connect to those roots? Being able to experience the richness of each community – its customs, literature, poetry art, music, liturgy, and folktales – will create a sense of connection, no matter where your family came from.”

A time capsule of history

German Protestant missionary Johann Ludwig Schneller built the first building in the Schneller Compound in 1860 by to care for Syrian orphans. The campus gradually was expanded to include a school for the blind, several factories, a printing press, a pottery workshop, dormitories, stables, and more.

In 1940, British forces deported all German personnel and turned the compound into a closed military camp containing the largest ammunition stockpile in the Middle East. The building changed hands again in 1948 after the British abandoned the camp. 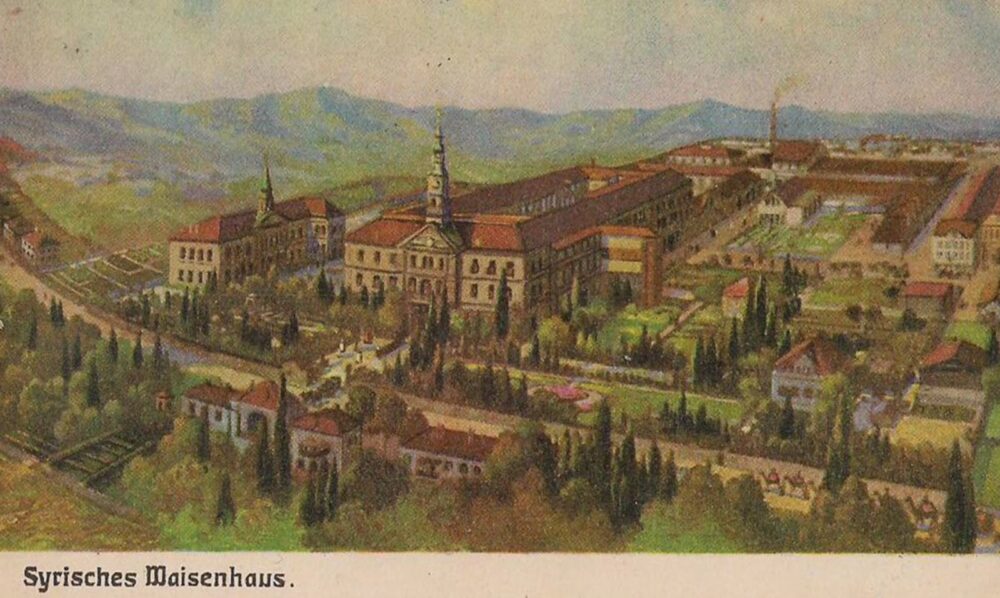 The Schneller Compound in Jerusalem as it looked in the 19th century. Photo courtesy of Israel’s Antiquities Authority

The Haganah – the precursor to the Israel Defense Forces — used it as a base of operations during Israel’s War of Independence. The Schneller Compound continued to serve as an IDF base until 2008.

Meanwhile, a bathhouse, winery, and other structures dating from the Second Temple and early Roman period have been discovered around the compound. And the restoration and excavation work inside the compound has revealed evidence of a Turkish bathhouse and several ancient wells. 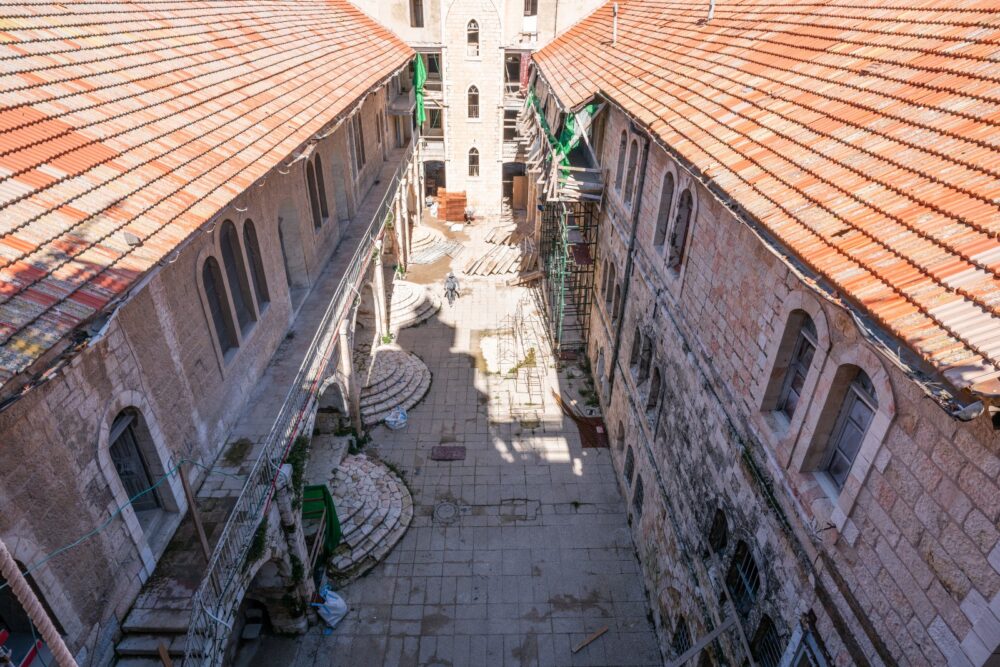 “The Schneller Compound is a virtual time capsule of a 150-year period in Jerusalem’s history,” said Moshe Shapiro, lead architect for the project.

“It contains the story of the Jewish people, from the time of the destruction of Jerusalem to pre-state, British, the underground, and more. This new project, housed in what was formerly a non-Jewish building, honors Jewish heritage and culture and closes the circle.”

The construction project is expected to take approximately two years. 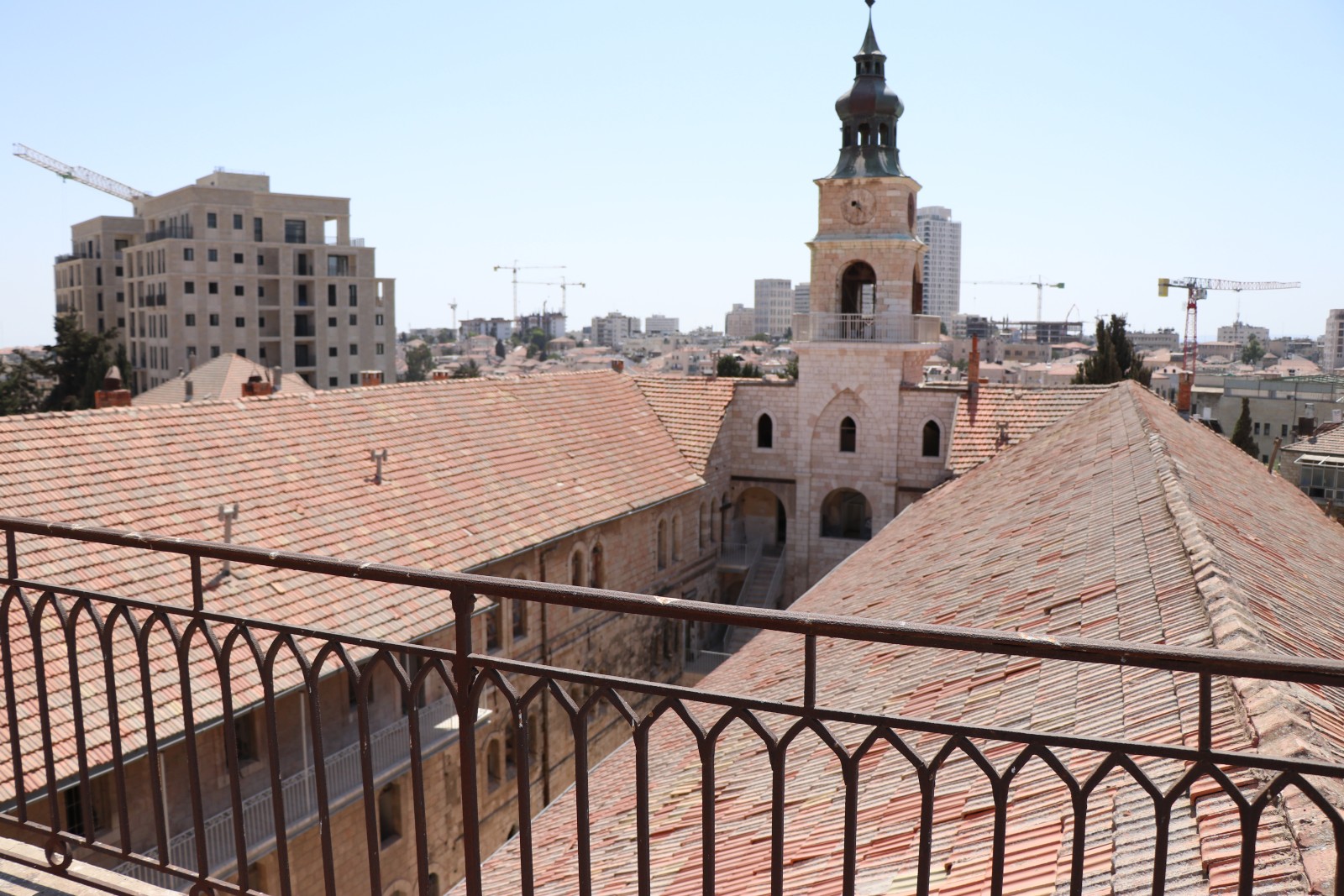 View from above the Schneller Compound. Photo courtesy of Kehillot Yisrael Institute

The museum is being designed by Berenbaum Jacobs Associates (BJA), which creates digital media installations, original video content, and advanced AR+VR experiences for museums, special exhibitions, visitor attractions, and memorials across the globe. The firm has offices in Israel, New Jersey, and California.

BJA partner and project designer Edward Jacobs tell ISRAEL21c that the design will focus on engaging school-aged visitors “who want to understand why a museum of Jewish heritage is relevant to their lives. Cutting-edge technology is just one part of that.”

He wants all types of museum patrons – he calls them “skimmers, swimmers and deep divers” — to go through together and experience the various elements at the level each one desires. 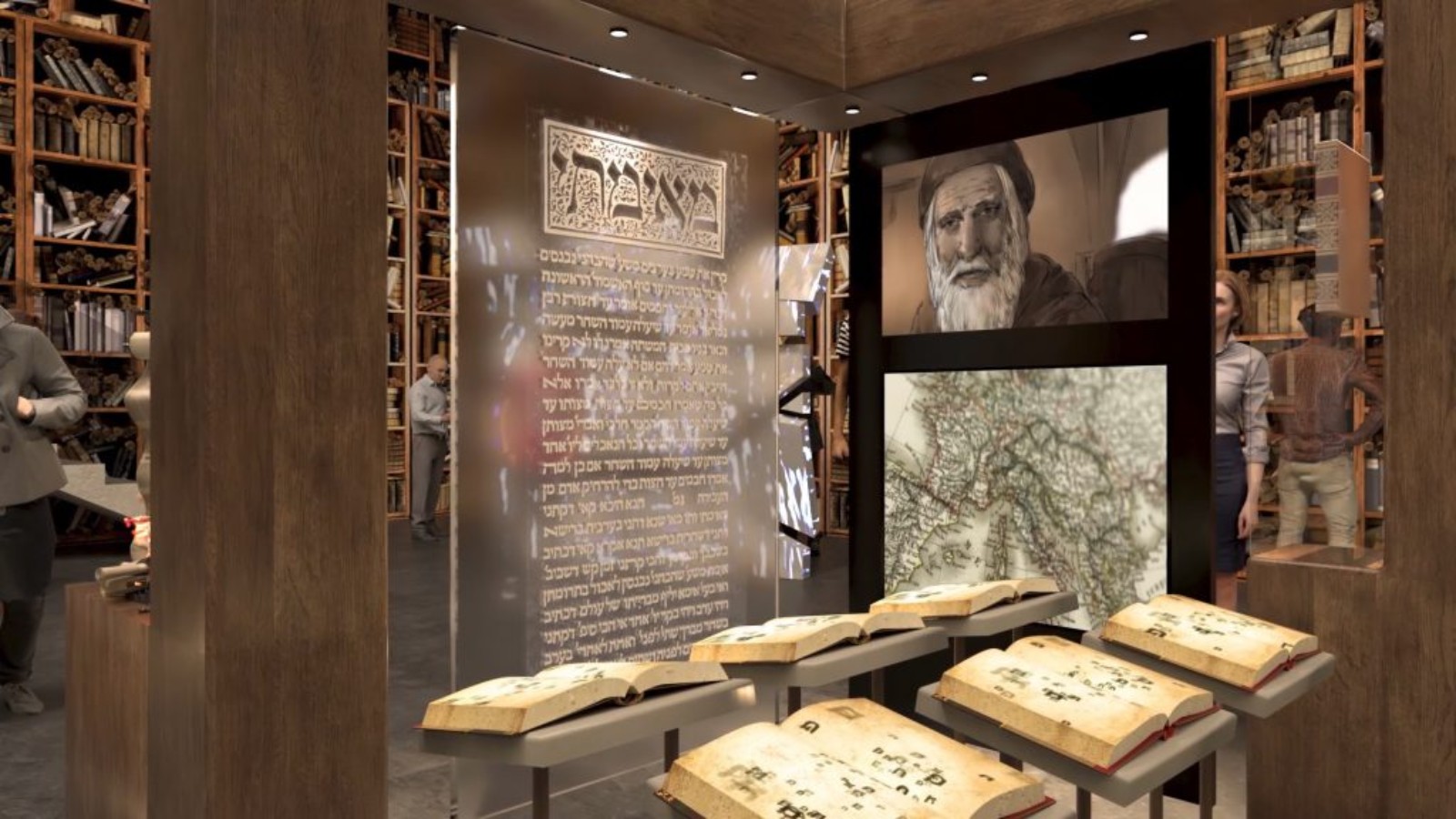 Beit HaKehillot will display documents from many Jewish communities around the world. Photo courtesy of BJA Associates

Beit HaKehillot will offer augmented reality glasses rather than VR headsets, Jacobs says. “I hate headsets because they take away the exceedingly important social element of experiencing the space together.”

He envisions the journey beginning with a ride in “a crazy huge elevator with walls of liquid crystal” leading down into an ancient water cistern where a film will introduce “all the ‘radical’ ideals first promulgated by the Jews, like human equality and environmental awareness.”

Benayahu says Beit HaKehillot will complement, not compete with, Beit Hatfutsot-The Museum of the Jewish People (formerly called the Diaspora Museum) on the campus of Tel Aviv University, which opened in 1978 as “the National Center for Jewish communities in Israel and around the world.”

Another project in the works is World’s Jewish Museum, expected to open in 2023 to highlight major Jewish achievements in modern history.

Designed by world-renowned Jewish architect Frank Gehry, World’s Jewish Museum proposes to become a starting point for a Tel Aviv “Avenue of the Museums” like Museum Mile in New York City. It will encompass the Eretz Yisrael Museum, the Rabin Center, the Palmach Museum, Beit Hatfutsot, and the Steinhardt Museum of Natural History.