Travel to Israel may have paused during Covid-19, but the country has been hard at work creating new tourist experiences for the moment the border reopens fully.

First, it was July 1, now it’s August, but we still don’t know for sure when individual tourists will finally be allowed back into Israel as the Delta variant and other emerging variants continue their high-speed march around the world.

While the extended closure – Israel closed its borders to foreigners in March last year, and still only allows in small groups of tourists – has been difficult for many in the travel industry, others have used the pause in foot traffic to create and launch a series of new exciting tourist experiences.

Magnificent ancient buildings on show for the first time, hiking trails, a railway park in Tel Aviv, all sorts of new projects have been launched in recent months ready for the renewal of travel.

To whet your appetite and help you think ahead, here are some of the most exciting developments to look forward to on your next vacation to Israel.

The Old City of Jerusalem rolled out the first phase of an ambitious accessibility project in 2019 to make its narrow cobblestoned alleyways more friendly for wheelchairs, strollers, and people with mobility issues.

The multi-year project continued during the tourism shutdown, including the installation of handrails on the Old City’s many stairways, new directional signs, replacement of worn stone cladding, and signage explaining historical or archeological finds in public spaces.

The Company for the Reconstruction and Development of the Jewish Quarter in the Old City of Jerusalem is building a system of two elevators and a tunnel to take visitors down the 75-foot descent from the Jewish Quarter to the Western Wall Plaza, currently accessible only by stairs. There will also be roofed open spaces where visitors can rest.

A spokesman told ISRAEL21c the elevators should be operational within three to six months – good news for the approximately 8 million people visiting the Western Wall in an average year.

A new route opening in August in the Western Wall Tunnels will reveal to visitors new finds including the newly discovered remains of one of the most magnificent public buildings uncovered from the Second Temple period.

According to Shlomit Weksler-Bdolach, excavation director on behalf of the Israel Antiquities Authority, the opulent structure was built around 20–30 CE and incorporated a fountain fed by lead pipes built into the Corinthian capitals protruding from the wall.

“The building, which apparently stood along a street leading up to the Temple Mount, was used for public functions – it may even have been the city council building where important dignitaries were received before entering the Temple compound and the Temple Mount,” she said.

The Tower of David Museum began a $40 million project to preserve and conserve the historic citadel and archeological park while doubling the current area of the Jerusalem history museum to 20,000 square meters (over 215,000 sq. feet). 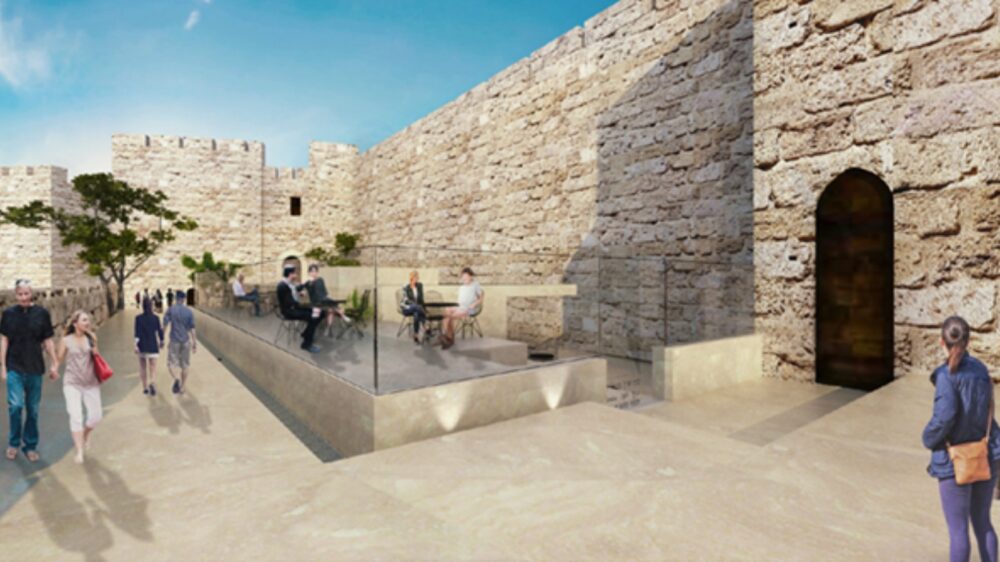 An area containing significant Roman-Byzantine finds below the Jaffa Gate Plaza has been annexed to the museum after being left abandoned for over a decade. A new Educational Wing including classrooms and an auditorium will be constructed in this area.

A promenade lined with the archeological findings from this site will take visitors from the new museum entrance to the Educational Wing and will link to the parking lot beneath Mamilla Avenue shopping mall across the street.

Walking and cycling are great ways to tour flat Tel Aviv, and now there are two enhancements of note.

One is the opening of Tel Aviv-Yafo Railway (HaMesila) Park along the route of the old Ottoman railway, connecting Nahalat Binyamin and Herzl Street to the beach with lots of biking and hiking trails. The upcoming Tel Aviv light rail will travel on the underground level of the park.

In addition, significant new extensions to the bike paths around the city, including along major routes such as Dizengoff Boulevard, making the city even more friendly to tourists on two wheels.

In April, we reported on the $100 million makeovers at ANU: Museum of the Jewish People on the campus of Tel Aviv University.

ANU recently became the first Israeli museum to offer OrCam MyEye technology that clips onto the eyeglasses of blind and/or visually impaired visitors and reads any printed or digital text aloud to the wearer.

“I Remember, Friend” — a major multimedia experience developed by the city in partnership with the Yitzhak Rabin Center – features short films (in Hebrew, English, Arabic, French, Spanish, Russian, Mandarin Chinese, and German) on the assassination of Prime Minister Yitzhak Rabin focusing on the event’s impact on Israeli society and the development of Rabin Square as the “Square of Israeli Democracy.”

​When making your itinerary, please note that Independence Hall, a popular tourist site on Rothschild Boulevard, is closed until 2023 as it undergoes major renovations.

The Lights of Ashdod show begins at the top of City Hall, continuing to the walls of the Monart Cultural Center and on to Ashdod Sea Park.

The route will be extended later to reach the iconic Ashdod Performing Arts Center, which will be a transition point to another audio-visual exhibition recently launched at nearby Ashdod Yam Fortress.

The 10-minute show on the original walls of the Crusader-era fortress tells the story of Ashdod from the days of ancient mankind through the Philistines to the present day. It costs 10 shekels per person but the fortress itself is open free of charge and there are cultural performances many nights at sunset.

The Emmaus Trail, a newly inaugurated hiking path, follows in the footsteps of the Gospel of Luke story about the resurrected Jesus meeting two disciples on the road from Jerusalem to the village of Emmaus Nicopolis.

The 11-mile Emmaus Trail starts near the village of Abu Ghosh and is one of the prettiest, least traveled routes in the Judean Hills. Next to the trailhead is the Saxum Visitor Center, housing a multimedia museum dedicated to the life of Jesus.

Eilat, Israel’s Red Sea resort, is debuting a program of “Eilat Free” events designed to provide visitors with a variety of content in small, safe and fun groups. 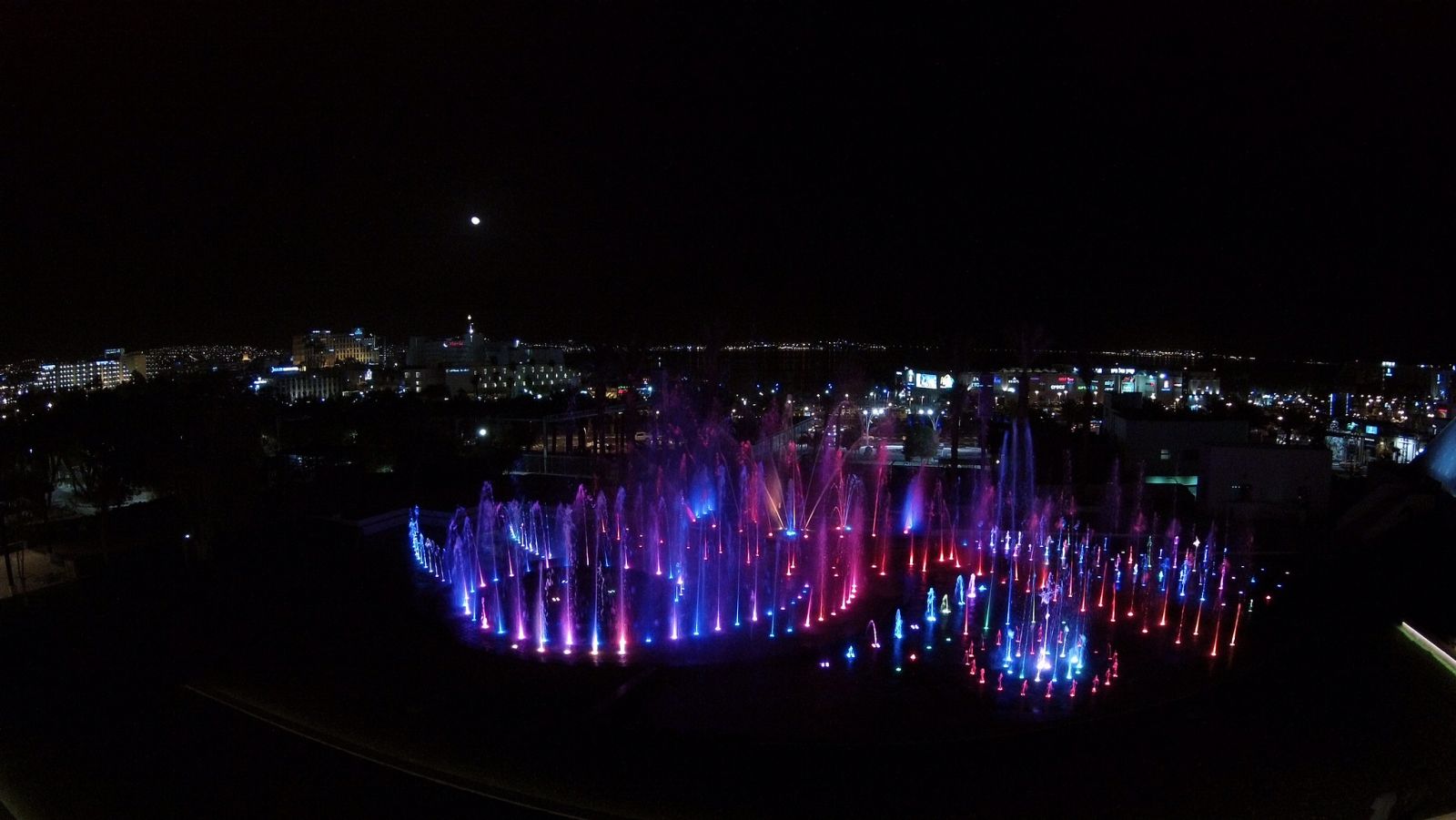 Among the free activities open through the end of October are a mobile headphone dance party led by Elad Theater along the Eilat promenade; aerial acrobatics performances at the city’s musical fountain; sunrise and sunset yoga classes on the waterfront; lessons in SUP (standup paddleboard); guided water walking; and water games for children.

On Fridays, there will be a Kabbalat Shabbat at Dekel Beach, and throughout the week there will be guided tours ranging from a bird park to art galleries to tastings in local restaurants.

Another new tour, “Flower of the Neighborhoods,” introduces visitors to diverse citizens such as Yamana, the veteran postwoman in Eilat; Janet from Eritrea; and artists Menashe and Talia.