The one-of-a-kind place for Torah study and celebration serves a large student population.

In the 13th arrondissement of Paris, where classic Baroque and Belle Époque architecture meets modern high-rises, boats of all kinds dot the left bank of the River Seine. The neighborhood, home to several colleges and universities, is teeming with students from around the world—about 30,000 of them. The boats serve as popular spots to mingle, dine, and party for the bustling student population, though one barge stands out.

The long white vessel with blue stripes looks like any other until you walk up the gangway and enter to find that it is Chabad on Campus’ floating lounge. During the day, it’s a space where Jewish students can study, relax or attend a Torah class; at night, it becomes the location of choice for Parisian Jews to celebrate engagements or birthday parties.

The boat is also a place for study sessions and joyous Chassidic gatherings.

Rabbi Mendy and Mushky Lachkar, co-directors of Chabad of the 13th arrondissement, focus on the estimated 2,000 Jewish students in the neighborhood. They began in 2014, providing kosher meals, teaching Torah classes, and hosting Shabbat meals; however, the neighborhood’s layout and the typical small Parisian apartments presented a challenge.

“There are a number of schools here spread out across the district,” says Rabbi Lachkar, explaining that the students don’t have any single central location and don’t live on campus. The high cost of housing and lack of space meant that hosting programs at their own home was difficult. The Lachkars began renting boats on the Seine to host events, and that’s when the rabbi saw the solution. “Why not just buy a boat and make it a Chabad House?”

At 130 feet long and 16 feet wide, Chabad’s boat fills a practical need while doubling as a creative spot that appeals to students. “It’s a comfortable space and makes people feel at home,” says Lachkar, adding that the boat, which they began using in September, will still undergo extensive renovations over the coming months to give it a more modern feel.

“It’s a place where I can connect with friends and with Torah,” says Binyamin Dukan, 20, a student at the Paris School of Business. “It’s the perfect spot to share a moment with fellow Jews and have something kosher to eat.”

Dukan explains that before Chabad’s permanent boat location, he had no kosher dining options on campus. “The boat is close by and very accessible; it’s a space where I can study, put on tefillin or just chill. And the rabbi and his wife are so inviting.”

For Dukan, one thing draws him the most: “There is nothing like the pleasure of putting on tefillin on the Seine.” 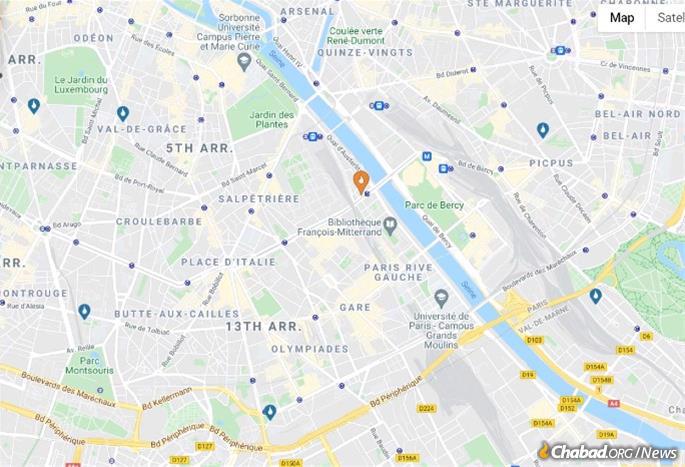 Chabad of the 13th arrondissement focuses on the estimated 2,000 Jewish students in the neighborhood. 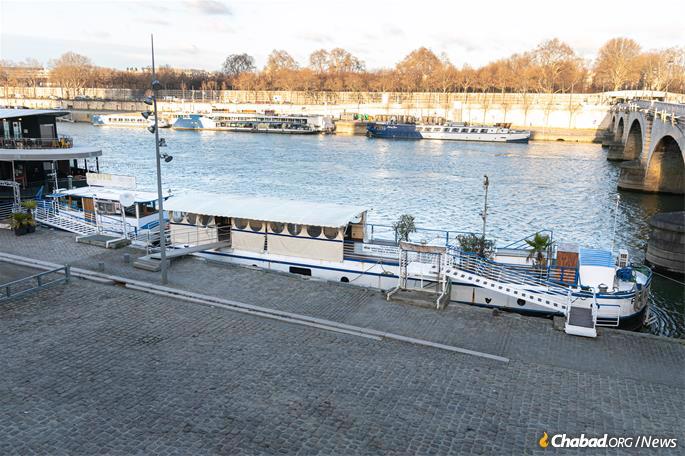 At 130 feet long and 16 feet wide, Chabad’s boat fills a practical need while doubling as a creative spot that appeals to students.
By Mendel Super (Chabad.org)