From the Jerusalem Festival to the Maccabiah Games, the summer of 2017 in Israel is chockful of activities and festivals for all ages and interests.

Opera, jazz, puppetry, sports, crafts, books, avant-garde theater: All that and much more is planned as spring slides into summer in Israel. If you’re planning a visit between June and August, consider putting some of these 17 events on your itinerary. Always confirm dates ahead of time in case of changes.

The Israel Festival showcases avant-garde performance artists from Israel and abroad in genres ranging from classical music and indie rock to experimental theater and songfests. This year, some 35,000 people are expected to attend the shows, held mainly in the Jerusalem Theater and also at Jerusalem’s Sultan’s Pool, Israel Museum, Eden-Tamir Music Center and Zion Square.

Seven days of exhibitions, concerts, conceptual installations, workshops, and events at the Hansen House, Jerusalem Theater, Museum of Islamic Art and other venues in the Talbieh neighborhood are organized by the Design Center of Jerusalem to showcase cutting-edge designers from Israel and abroad. 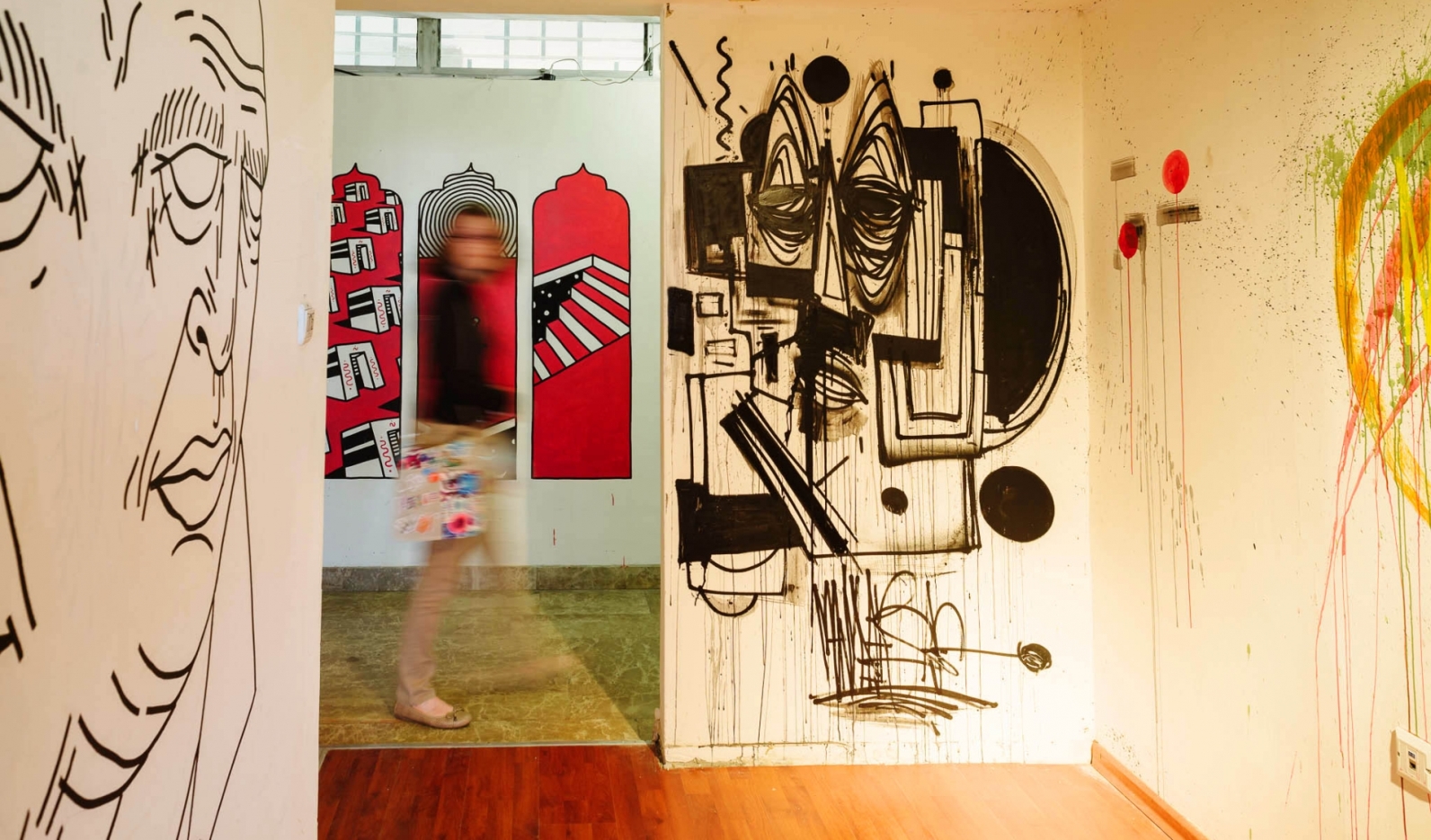 A scene from Jerusalem Design Week 2016. Photo by Dor Kedmi

The International Book Fair at The First Station hosts about 250 publishers from Israel and around the world. The fair includes literary events such as readings, book signings, story hours for children, poetry readings and more.

This year’s Jerusalem Opera Festival at Sultan’s Pool will feature a production of Giuseppe Verdi’s “Nabucco” accompanied by the Jerusalem Symphony Orchestra. 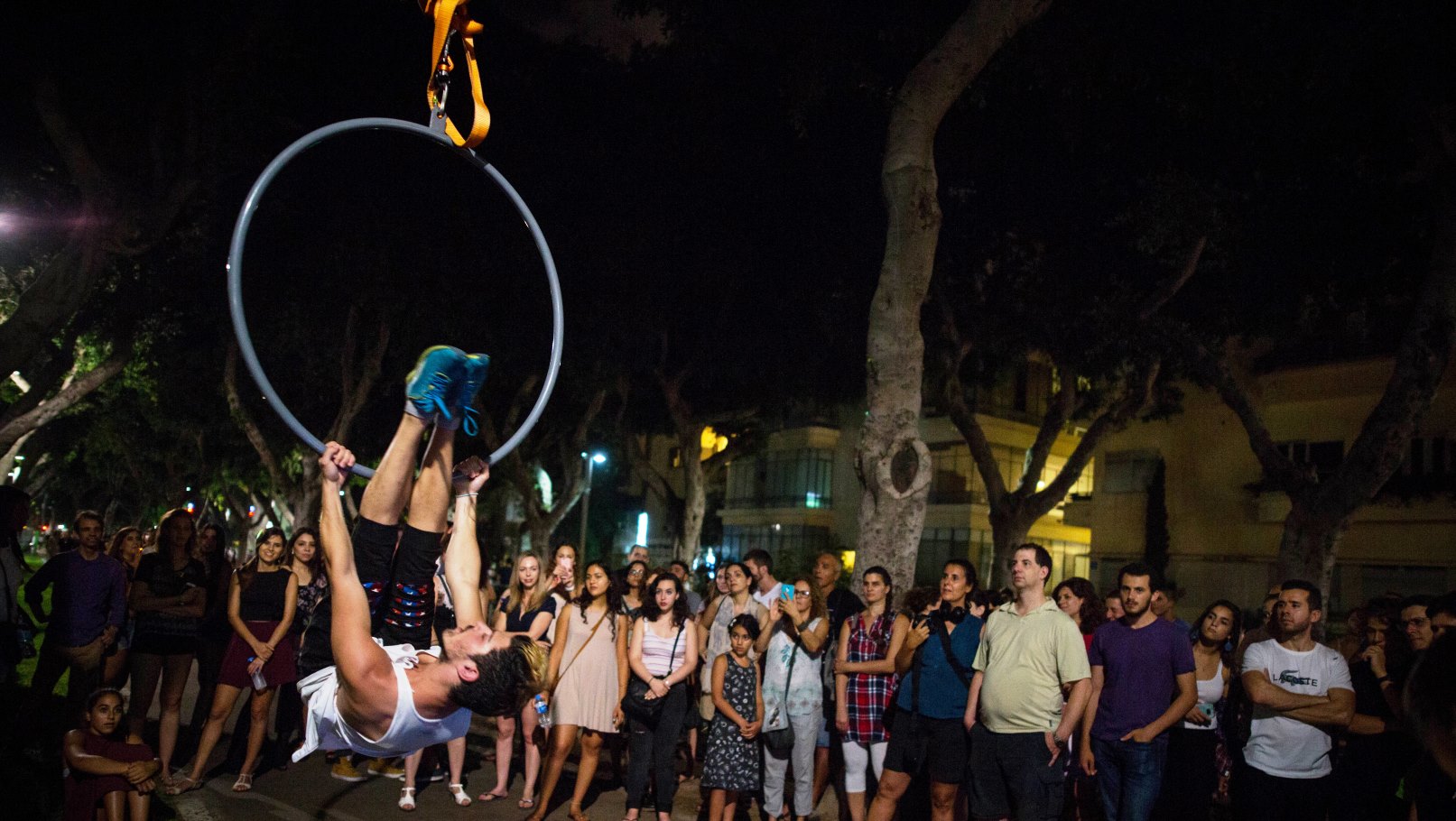 The Israeli Bridge Federation will host about 10,000 players from the United States, United Kingdom, Poland, Russia, The Netherlands, Serbia, Norway, India, Hungary, Greece, and South Africa at Tel Aviv’s Shlomo Group Arena for the 51st International Bridge Festival. The players compete for cash and other prizes. 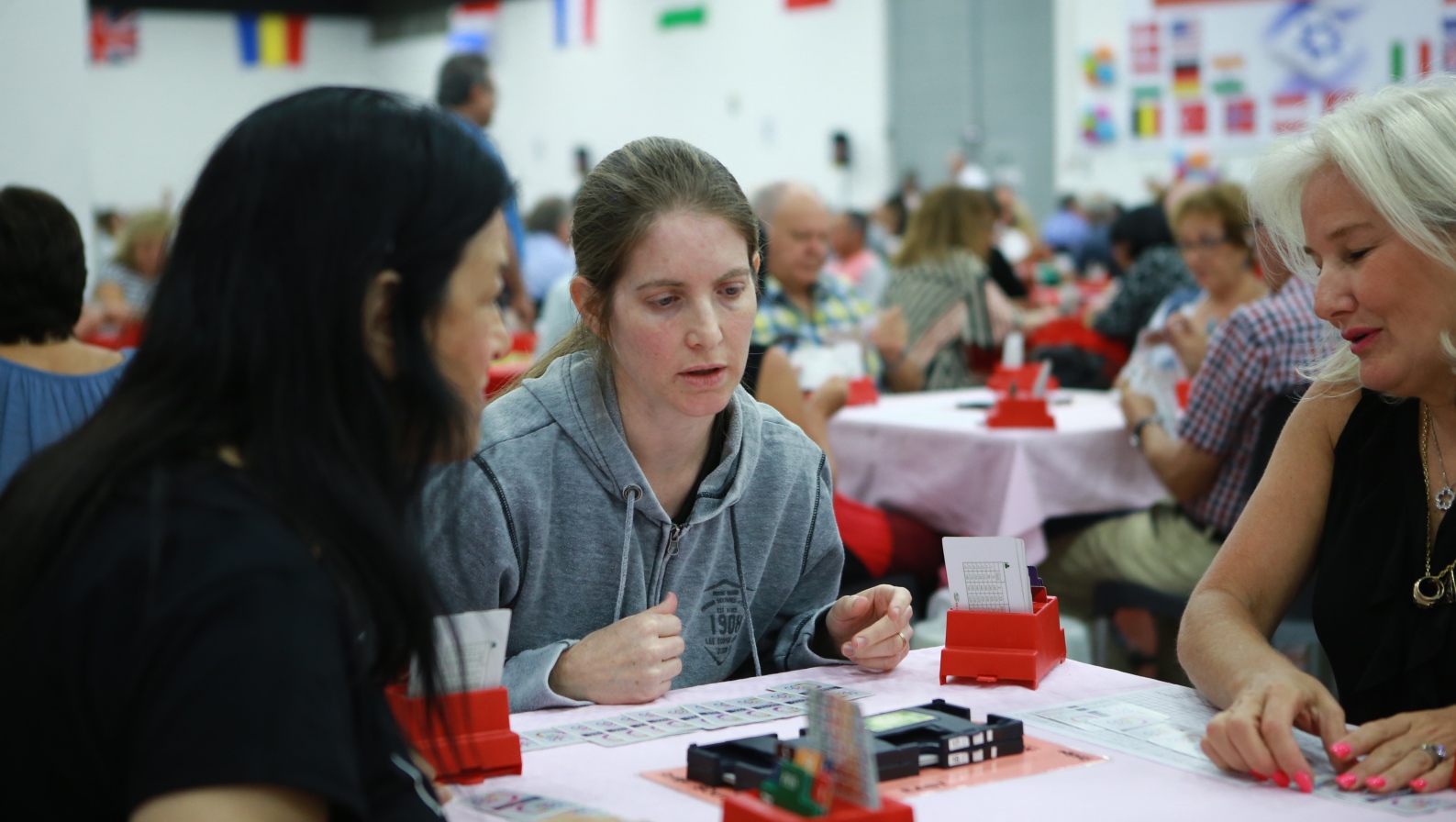 The Maccabiah, (“the Jewish Olympics”) the world’s largest Jewish athletic competition, takes place every four years in Israel. The 20th Maccabiah this summer will be the biggest ever, encompassing about 10,000 athletes and 22,000 fans from more than 80 countries. The opening ceremony will take place in Jerusalem’s Teddy Stadium and the competitive matches (Open, Junior, Masters and Paralympics) will be held in several cities. This year’s presenter is Olympic judoka Yarden Gerbi. 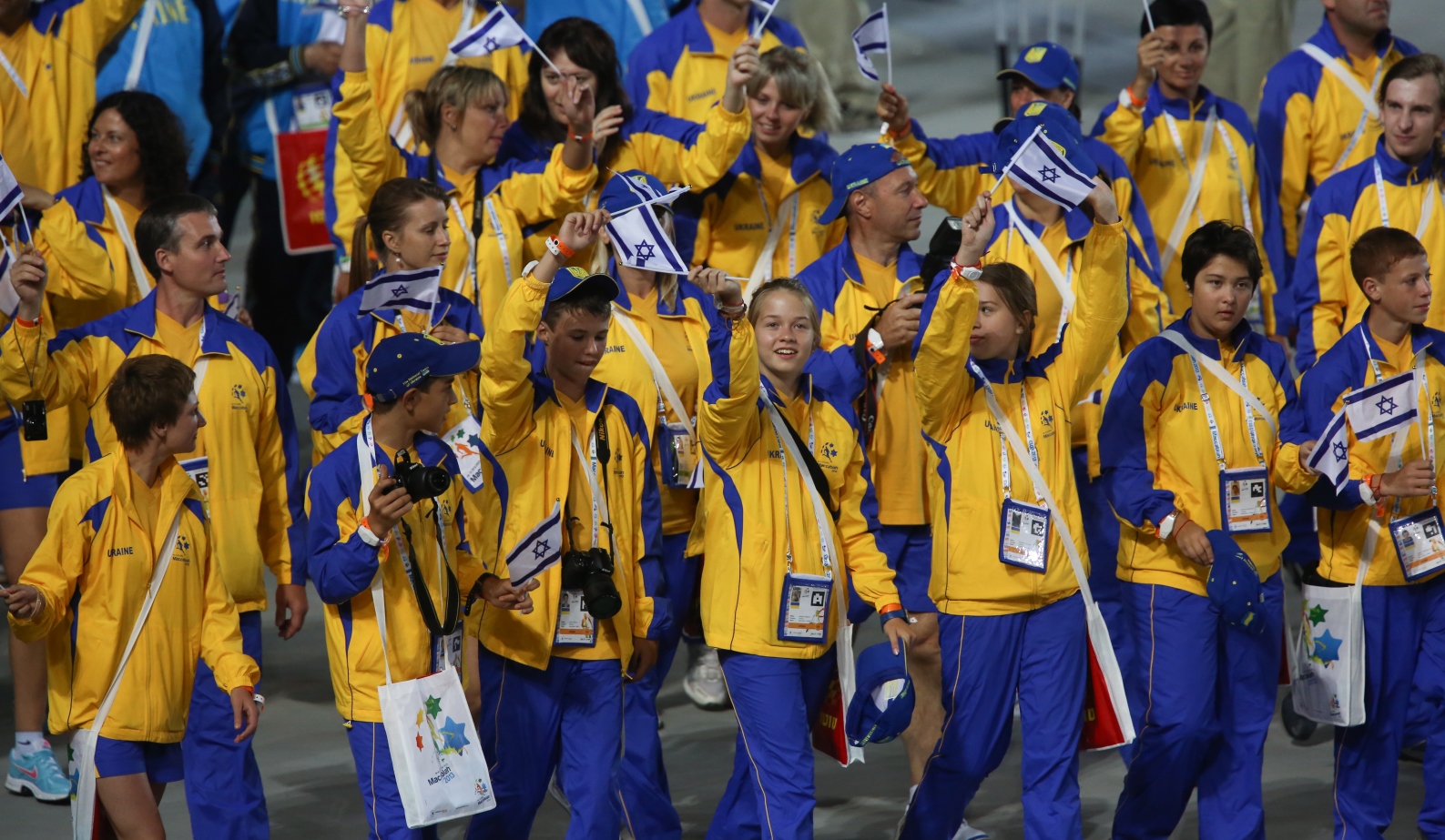 The Ukraine delegation to the 19th Maccabiah Games, July 2013. Photo by Yonatan Sindel/FLASH90

The Tel Aviv Blues Festival boasts four days of 40 concerts in 20 different clubs and bars. Many of the shows are free.

Every July since 1984, the Cinemateque has hosted a 10-day international film festival. This year will feature 200 films made in 45 countries, plus a new three-day Think Fest industry event for international festival directors and organizers.

Handel’s “Giulio Cesare in Egitto,” accompanied by the Israel Camerata Jerusalem Orchestra, will be performed for the Acre (Akko) Opera Festival in the ancient Crusaders Court of Old Acre on Israel’s northern Mediterranean coast.

The International Puppet Festival sponsored by Jerusalem’s Train Theater is celebrating its 26th edition with Israeli and international performances for children and adults, from contemporary and traditional puppet theater to object and character theater. Shows take place in the Train Theater, Liberty Bell Park, Yemin Moshe, Khan Theater and The First Station. 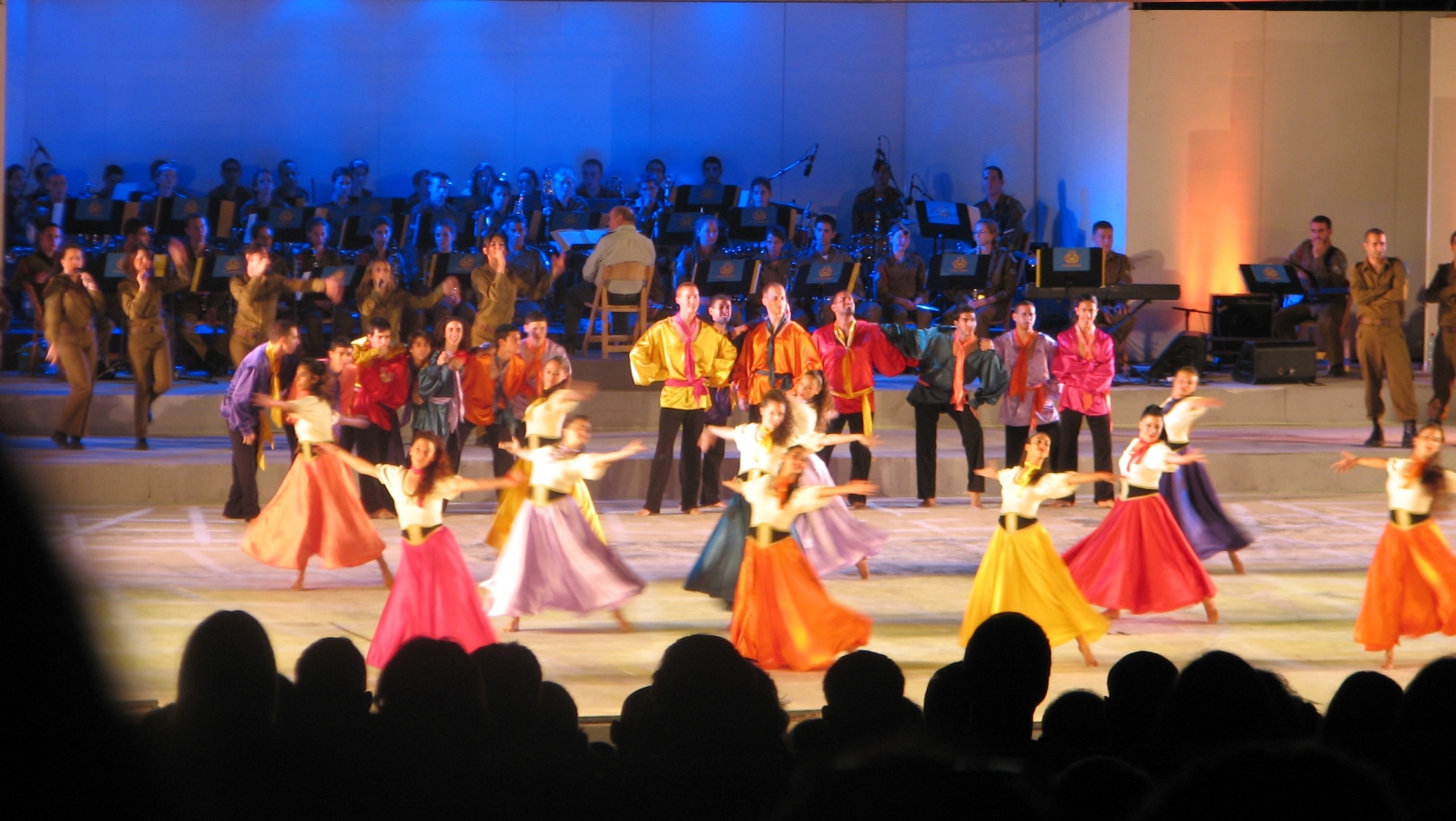 This annual outdoor festival has been held for 41 years at Hutzot Hayotzer, the Jerusalem Arts and Crafts art amphitheater near the walls of the Old City. Hundreds of crafters and artisans from Israel, Europe and Africa display their wares. Concerts held in conjunction with the festival take place nightly at Sultan’s Pool nearby. Open every evening (except Fridays) between 6 and 11pm; Saturday from 9 to midnight.

Now in its 32nd year, the Safed International Klezmer Festival features open-air stages set up around the parks and public squares of the Old Jewish Quarter and Artists Quarter of Safed (Tzfat) in the Upper Galilee. Musical tours, children’s activities, and master classes will be on offer during the festival. 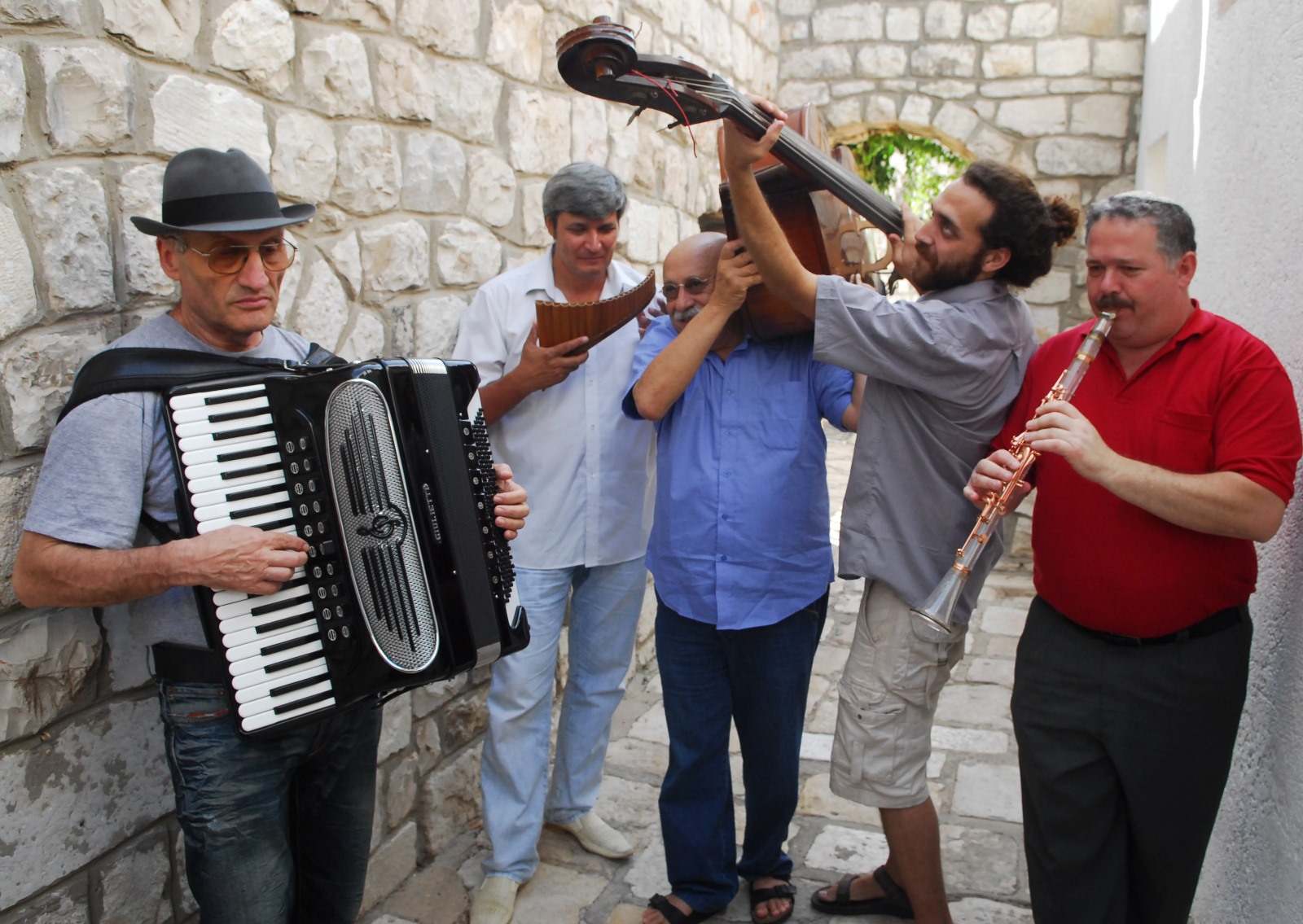 Klezmer takes over the alleyways of Safed every August. Photo by FLASH90

The picturesque Eilat Port is the site of four days of jazz performances, workshops and late-night jam sessions covering everything from classic to voodoo jazz.