The best-kept secrets in this beautiful northern Mediterranean beach town are delicious, intriguing and filled to the brim with culture and fun.

When most people think of touring in Haifa, the first thing that comes to mind is the lush Bahá’í Gardens, a masterpiece of landscaping that crowns the hilly city like a colorful jewel. Maybe they know about the cable-car, the beach promenade or the many museums, such as Madatech, the National Museum of Science, Technology and Space.

Very few know about the following 10 hidden gems in Israel’s third-largest city. And we think that’s a shame because we’re sure they belong on your itinerary next time you’re up north. 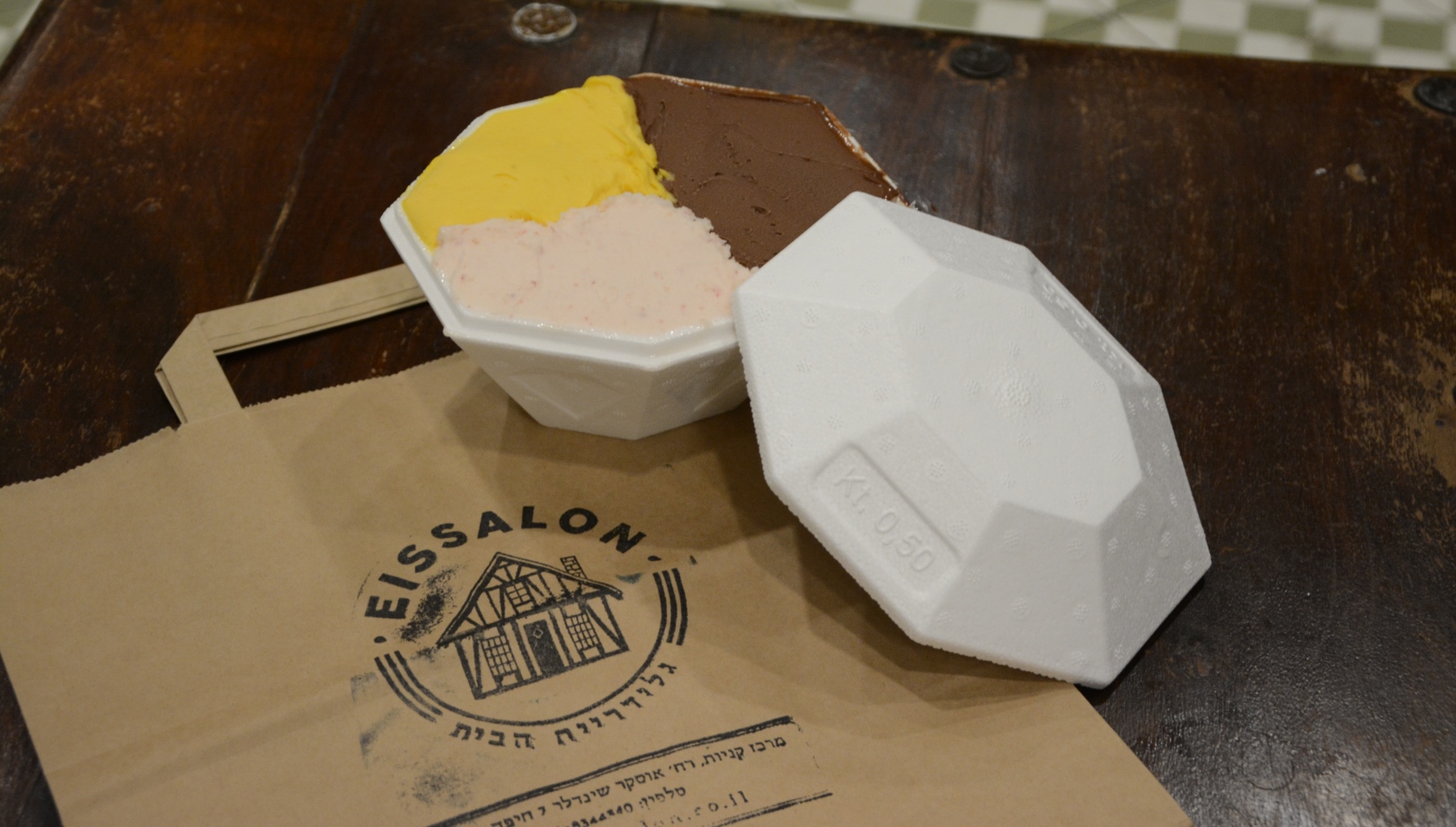 Professionally trained in the art of gelato-making from the Italians who invented the stuff, pastry chef Adva Barak Liani and her husband, Sion, opened Eissalon in the most unlikely of places — the fourth floor of a small mall in the swanky residential neighborhood of Denia.

Their focus is small batches of uber-delicious, hand-crafted flavors such as labane and zaatar; beer; chocolate for professionals; and the delectable tahini and chestnuts. Each of the rotating flavors is equally swoon-worthy, especially when topped with a fluffy cloud of real whipped cream, and all for a reasonable price.

Located behind the main drag, on a quiet residential street in Haifa’s upper city, lies this award-winning boutique winery.

Hai Vortman funneled his passion for wine-making into a business, converting part of his family’s Carmel Mountain estate into a modern tasting room with a spectacular view to the Mediterranean Sea below.

There you can enjoy a private tasting with the winemaker, sampling his internationally recognized wines with pairing of fine Galilean goat cheeses from the Ein Kamonim dairy. 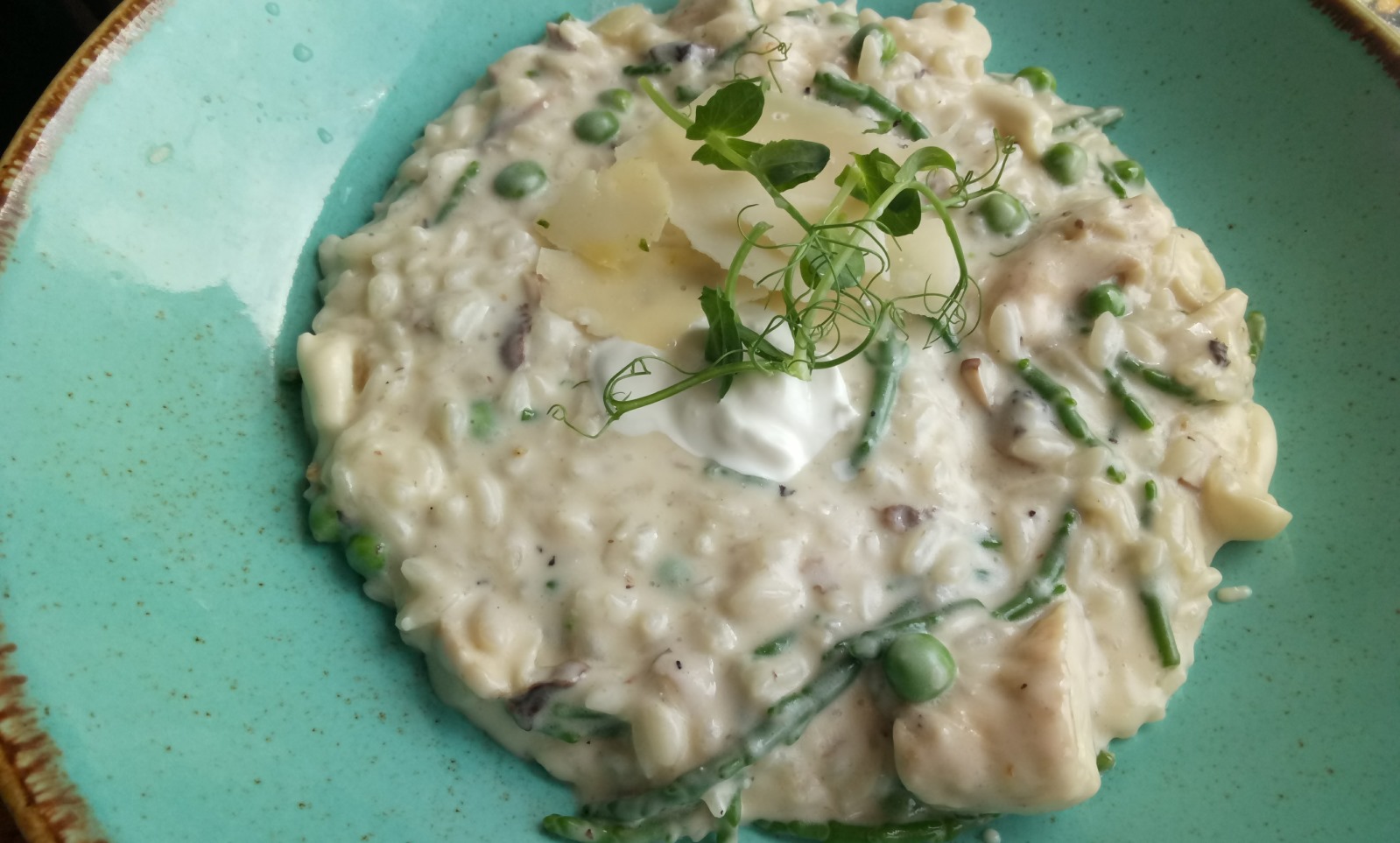 This local favorite overlooking the sea has become an instant classic. Eataliano Dalla Costa stands on the stunning, if a bit unexpected, Bat Galim beach. To reach the restaurant one must travel to the previously rundown beach-front neighborhood, or walk Haifa’s main beach promenade until the bitter end.

However, brave the journey and you will not be disappointed. The restaurant provides a relaxing view to the sea, and serves up decadent Italian food, while highlighting local flavors and produce.

The tabun (also spelled “taboon”) oven is the centerpiece of the restaurant, and the joy of the young yet accomplished chef Hmodi Okala, who shot to fame in Israel’s “Chef Games” reality TV show. Born out of a social movement initiated by Haifa’s youth, the Haifa Skate Park was meticulously planned by Israeli skateboarding pro Avi Luzia and built by Haifa skater Tommy Boyarchik alongside American pro skateboarders Mark Scott and Cody Lockwood, who flew in from Portland, Oregon to oversee the project.

Located at the northern end of the upper-level walkway, which passes through Park Hecht, the skate park is well lit at night and filled with both seasoned skaters and beginners. A beginner BMX track rounds out the potential of this serious yet family-friendly hangout. A few minutes’ walk from busy Carmel Center, on a quiet residential street dubbed Haifa’s “lovers’ lane,” is a little Templer building that has been converted into a relaxing boutique spa and resort.

Pnina BaCarmel is a veritable haven for weary souls in need of some pampering. Complete with a garden that can only be described as “magical,” it is an excellent choice for those who wish to unwind and let their cares melt away. Reserve a day of all-inclusive relaxation, or splurge and stay overnight in one of the two ultra-modern suites. 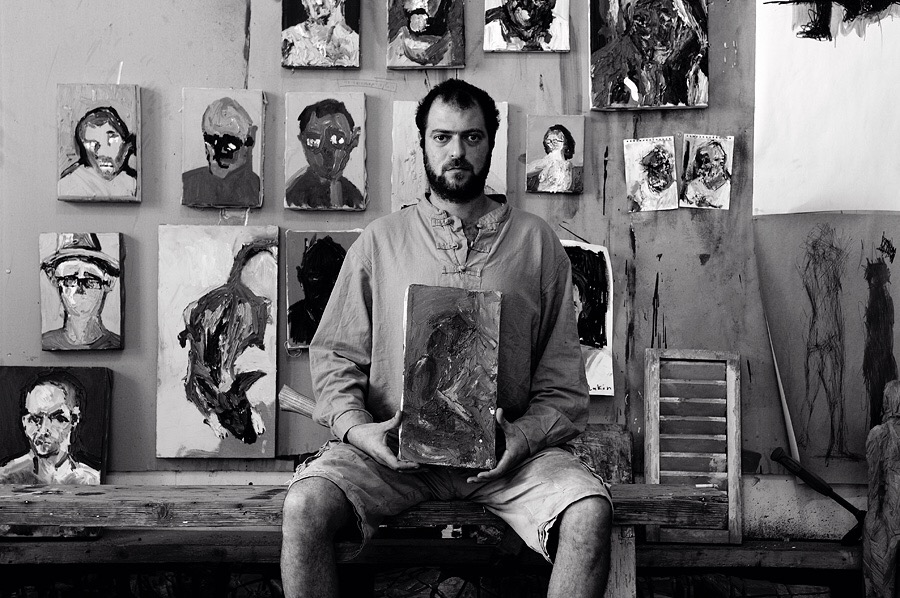 This sign-less studio found in the green building on downtown Haifa’s trendy Port Street is home to accomplished artist Shahar Sivan’s work, and so much more.

One of the fathers of the Haifa underground art scene, Sivan regularly opens up his quarters to studying artists and art enthusiasts for evening get-togethers in the name of community and camaraderie.

The gallery also hosts open art classes taught by Sivan, where anyone can come and practice sketching with nude models. It’s an incredible opportunity to learn from an artist who has critically been compared to such greats as Jackson Pollock. 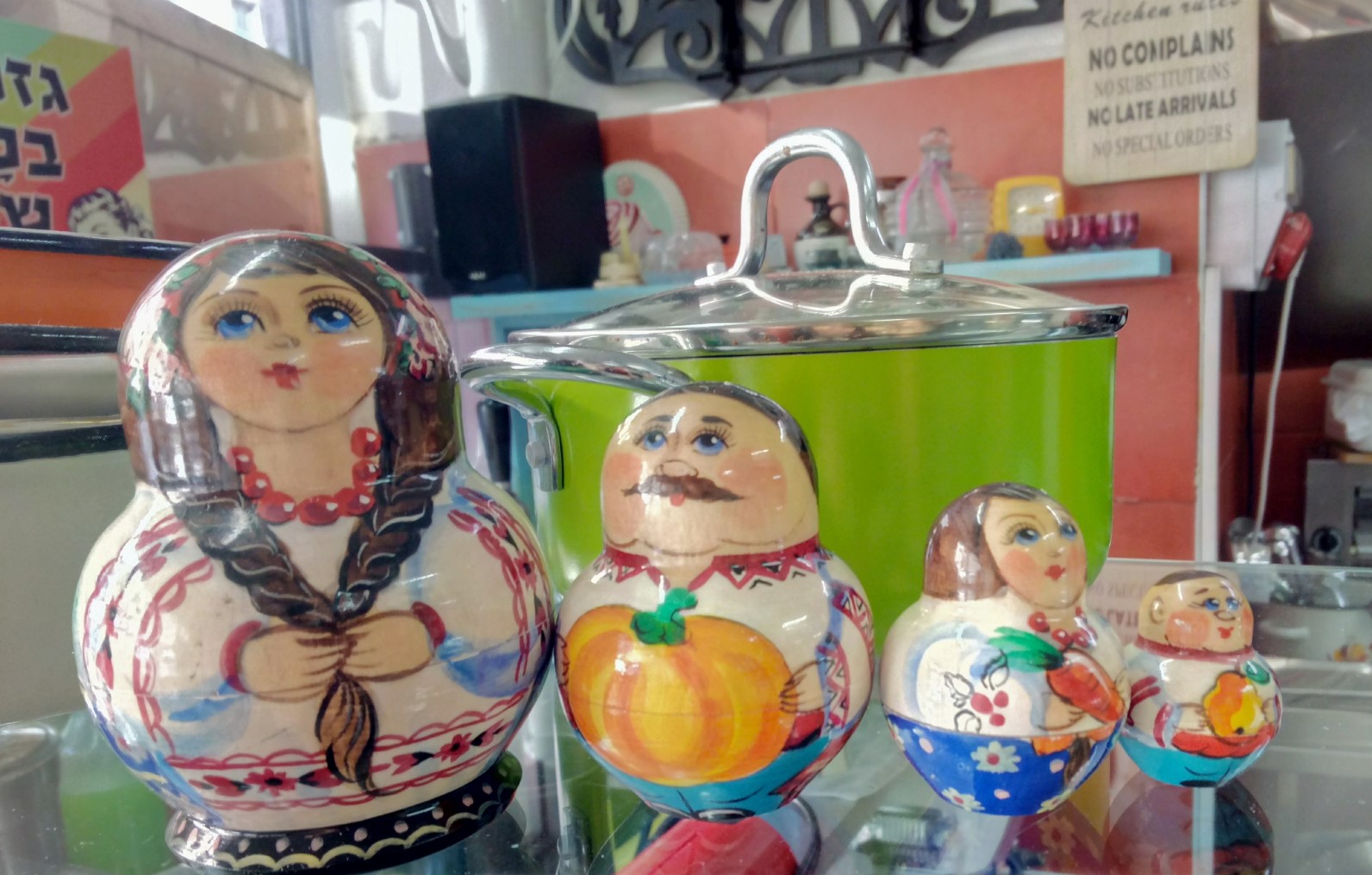 Concealed within Haifa’s flea market area is Katy’s Pots. Here regulars interact with the charming owner, hostess and cook while chowing down on home-style food that reminds them of their childhoods. Varied Jewish heritages are represented in the cuisine here, especially Eastern European delicacies that many Israelis have long forgotten, such as tongue. The warm and homey atmosphere draws customers in off the street, and the soul-warming food invites them to linger and indulge. 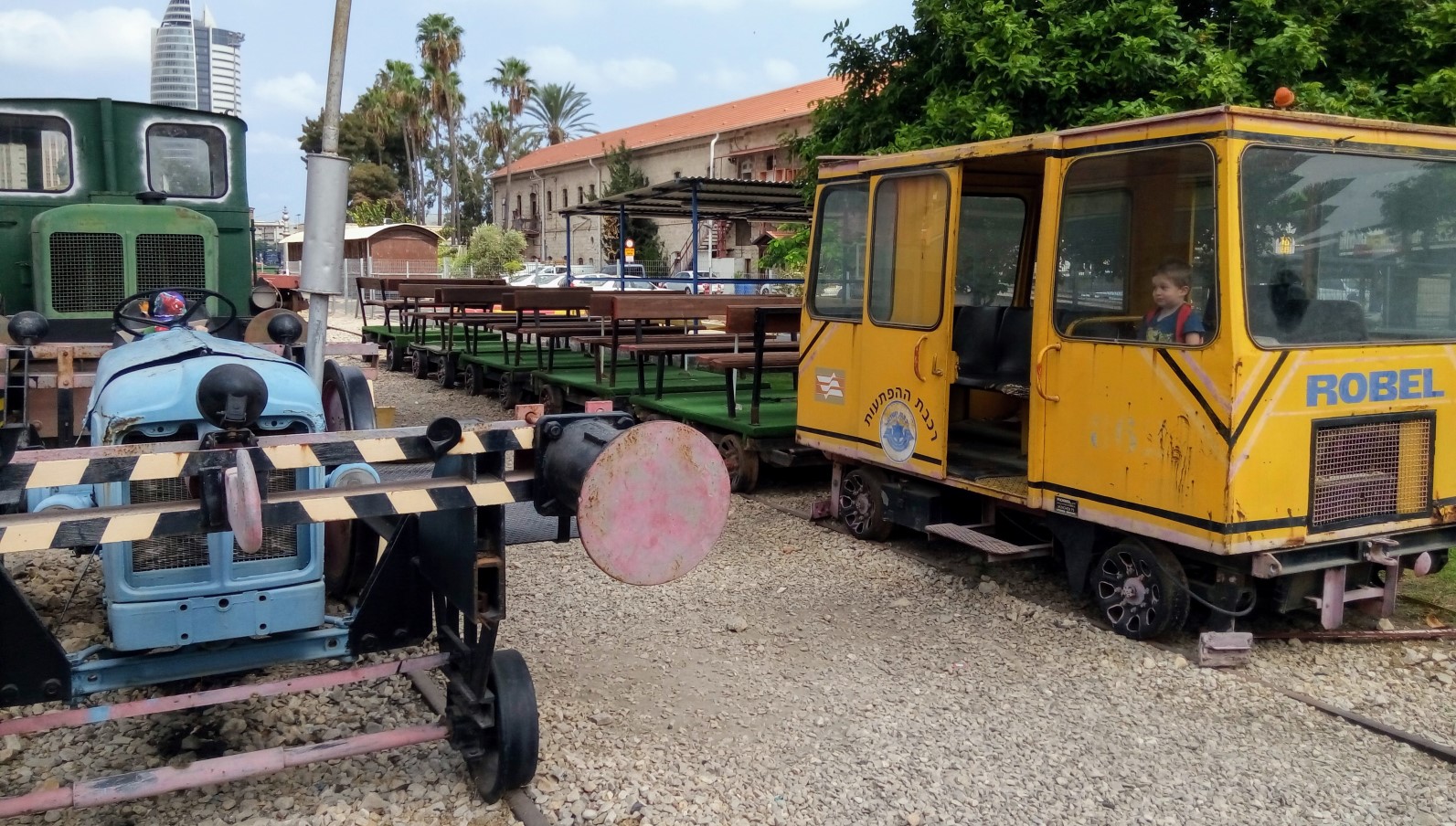 If you are nutty about trains, or just looking for a place to take bored kids, this tucked-away museum in lower Haifa could be just the ticket. Highlighting the legacy of the historic Hedjazi railway, and the Ottoman train system in Israel all the way up to the modern era, the museum takes an interactive approach, allowing you to see, feel and experience the train cars. The museum features an indoor hangar, outdoor yard, expansive bridge overlooking the grounds, and an indoor museum with train memorabilia.

It is situated adjacent to the modern Israel railway, so visitors can marvel at the progress made in this popular modern form of transportation, at the same time as they revel in the past. 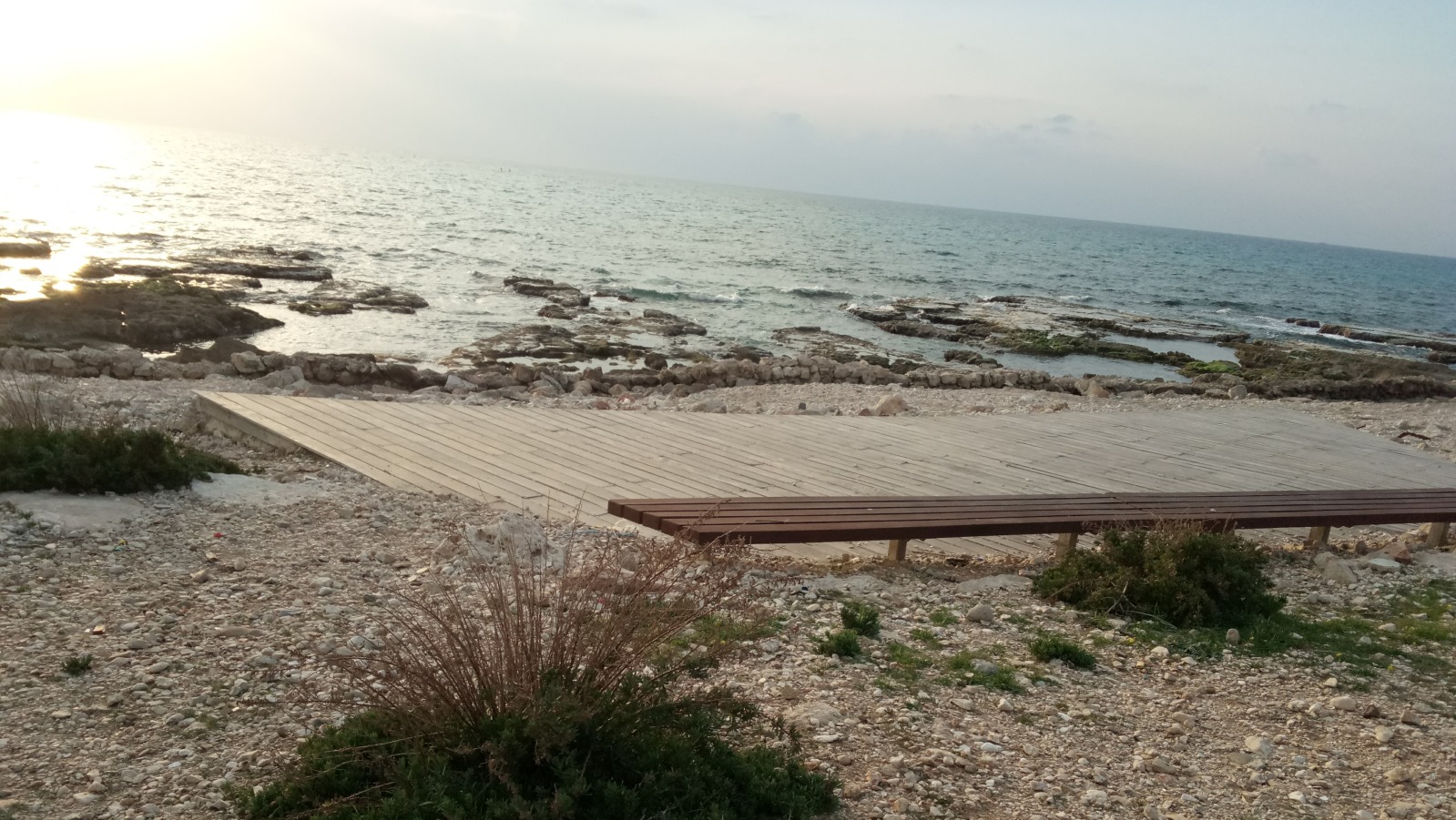 Haifa’s beach is a hidden gem in and of itself due to the layout of the municipality. You must seek out the beach purposefully because otherwise you might see it only when entering or exiting the city.

Consequently, the beach is a year-round haven for locals, and not just those looking to sunbathe. In fact, the beach promenade is the star of the city scene, widely appreciated by families and couples out for their daily walk, jog, surf or fruit shake.

The paved promenade extends 5 kilometers but the real reward goes to those who walk down to the far Shikmona section. There you will experience a view of Haifa’s untouched rocky beach, complete with tidal pools at dusk, organic views of rare seabirds hopping alongside the trail, breathtaking Mediterranean sunsets and plenty of wooden benches to sit on while you take it all in. 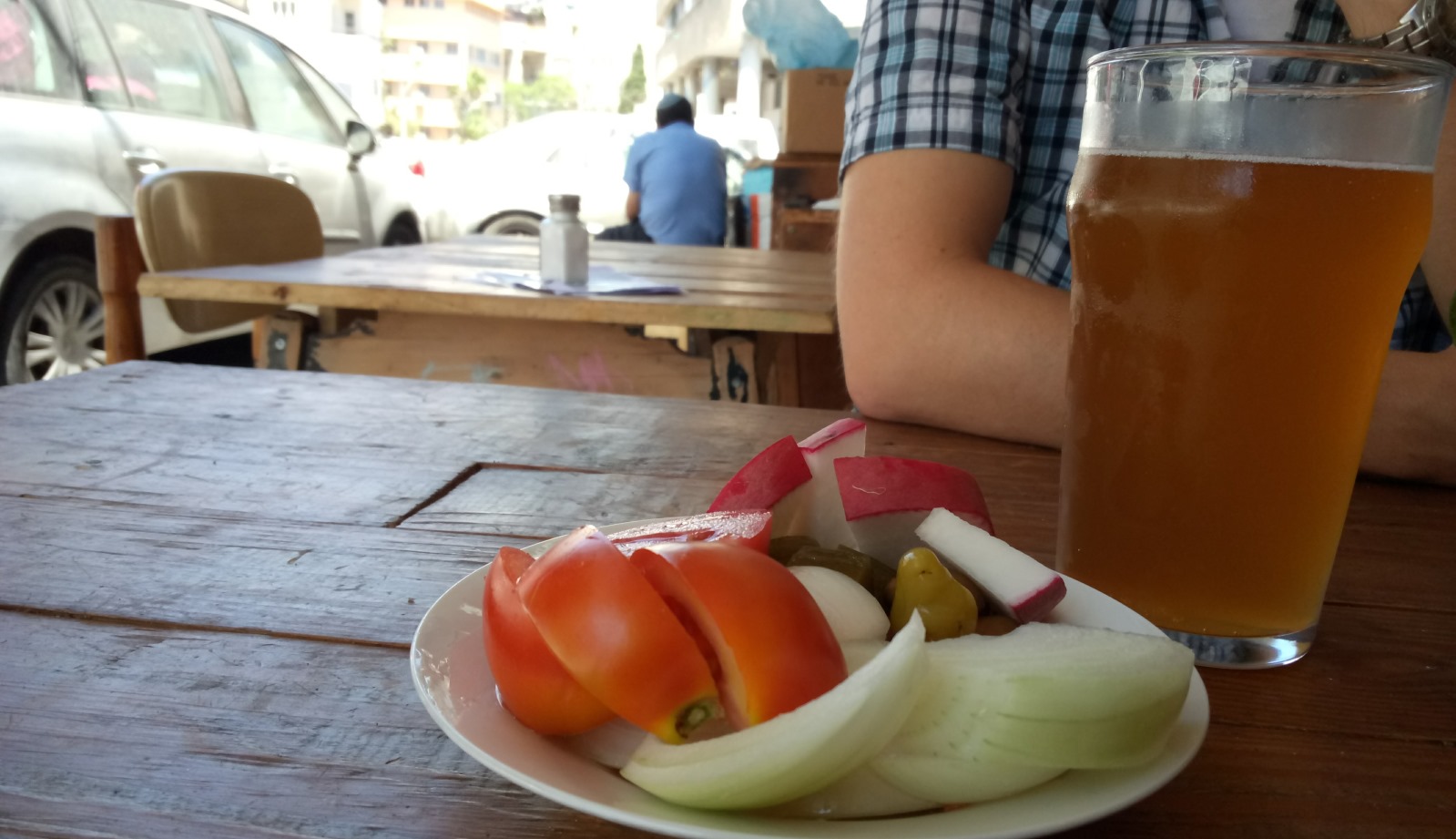 If you are looking for a truly authentic open-air market in Israel, then Haifa’s Shuk Talpiyot is where you want to be. Aside from the fresh, seasonal fruits and vegetables, you will notice a new string of culinary establishments.

Just off the main shuk on Sirkin Street, one can find a few examples of this burgeoning culinary scene, among them Mivshelet HaBira (The Beer Brewery). Brewing beer directly in bottles and serving them up cold alongside classic Israeli dishes such as hummus, shakshuka and market-fresh salads, Mivshelet HaBira is a great people-watching spot.