New traditional and alternative gallery spaces are popping up in and around Jaffa, attracting an international, culturallyaware crowd.

When Stockholm art institution Magasin III began revamping an old restaurant space in a residential area of Jaffa, many neighbors had guesses as to what was about to come. One predicted a car showroom; another anticipated a display of kitchen and bath fixtures. Those who dared to ask learned that the former bi-level eatery between a synagogue and a barber shop would become a light-washed gallery for contemporary art.

After a year-long renovation, the 180-square-meter (2,000-square-foot) space features floor-to-ceiling glass on both ends, allowing its illuminated exhibitions to be viewed from the outside by passersby around the clock, free of charge.

Though the contemporary art scene in the city of Tel Aviv-Jaffa may have originated further uptown in the Gordon Street area, galleries have steadily been working their way south to Jaffa over the past few years along with many artists and studios. The exterior of Magasin III Jaffa. Photo by Mia Gourvitch

“The more the city is developing, the more the artists are pushed south and the more the galleries are following them,” says art adviser Sarah Peguine. Her company, Oh-So-Arty, offers private and public contemporary art tours in Tel Aviv and Jerusalem as well as 20 cities around the world including New York, London, Paris and Berlin.

Jaffa is new on her list of monthly public tours. In comparison to South Tel Aviv, which Peguine describes as industrial, Jaffa is more residential. Its historic neighborhoods are home to Jews, Christians and Muslims, offering an inspiring environment for art and culture that embraces religious, economic and cultural diversity.

“Jaffa is an area that is going through a change in the past couple of years and Magasin III really wanted to be part of it,” said Magasin III Gallery Manager Karmit Galili. “This neighborhood is very diverse and we like to find ways to involve people in what we’re doing, whether it’s by looking, by walking in, or taking part in other ways in the future.”

Magasin III, named for the Swedish word for “storehouse,” has hosted many of the world’s leading contemporary artists in its 30-year history as a museum and foundation for contemporary art in Stockholm, including Ai Weiwei, James Turrell and Pipilotti Rist. The January 2018 opening of its new outpost in Jaffa adds to the piling list of evidence that the area is undergoing a significant cultural awakening.

Peguine said she noticed the city’s art scene in the south starting to pick up about two years ago, with a number of new spaces and well-known galleries opening satellite locations. 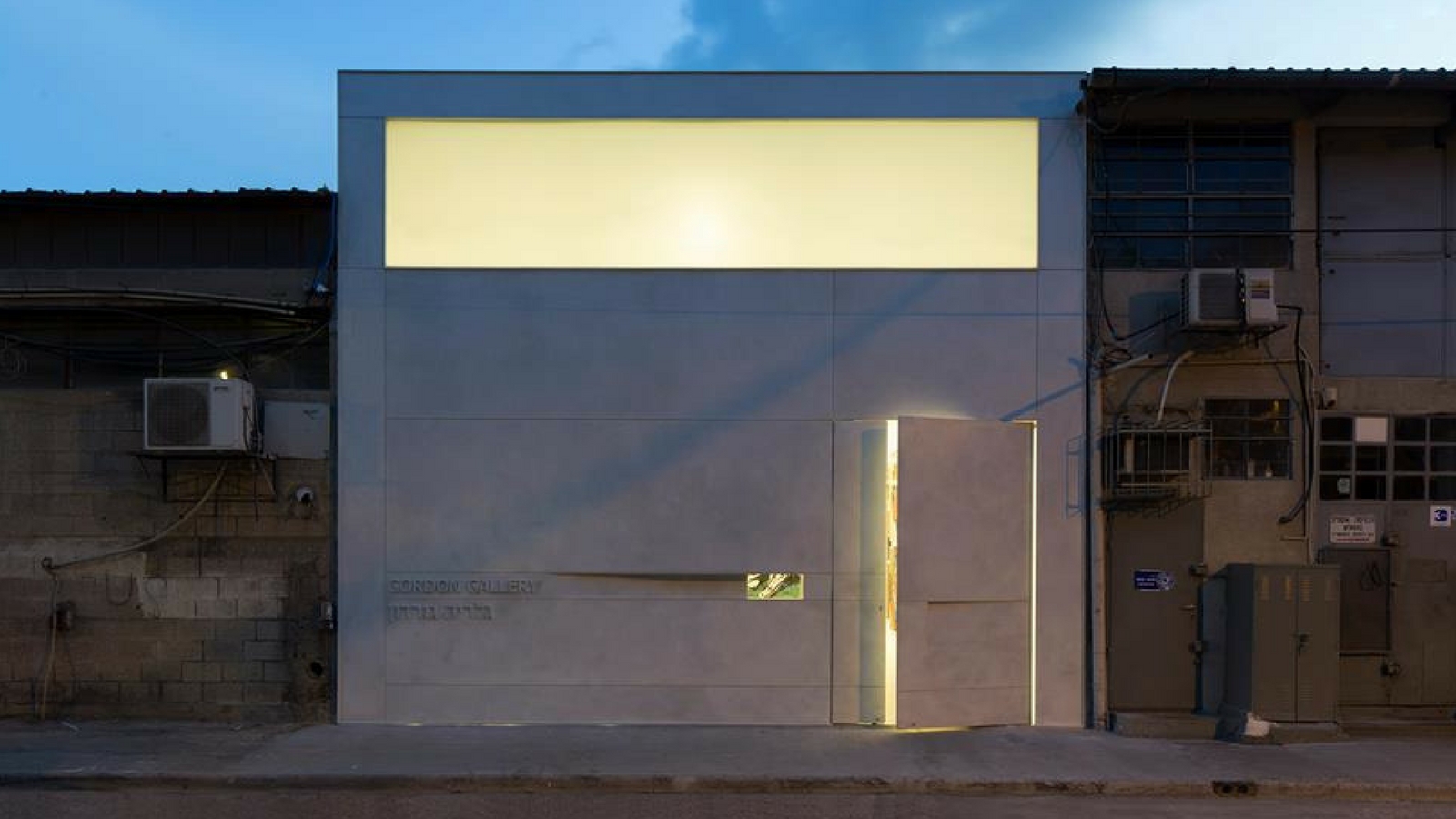 Gordon Gallery’s second location on the border between South Tel Aviv and Jaffa. Photo via Facebook

Gordon Gallery, established in 1966 on its namesake Gordon Street in Tel Aviv, opened its third location on the southern fringe of Tel Aviv in 2016, bridging the gap between the more industrial neighborhoods of the south with the more tourist-friendly areas of Jaffa. The white-cube gallery space replaced an old warehouse and sits between a carpentry workshop and a zipper factory.

Within about 15 minutes’ walking distance, passing Magasin III on the way, is Beit Kandinof, an alternative art space that hosts monthly exhibitions, classes and lectures, along with a bar and restaurant that operates into the night. The unique space has been open for about a year and has already become a Jaffa hangout for young artists and creatives. Its proximity to Jaffa’s eclectic flea market has also made it a popular tourist spot. 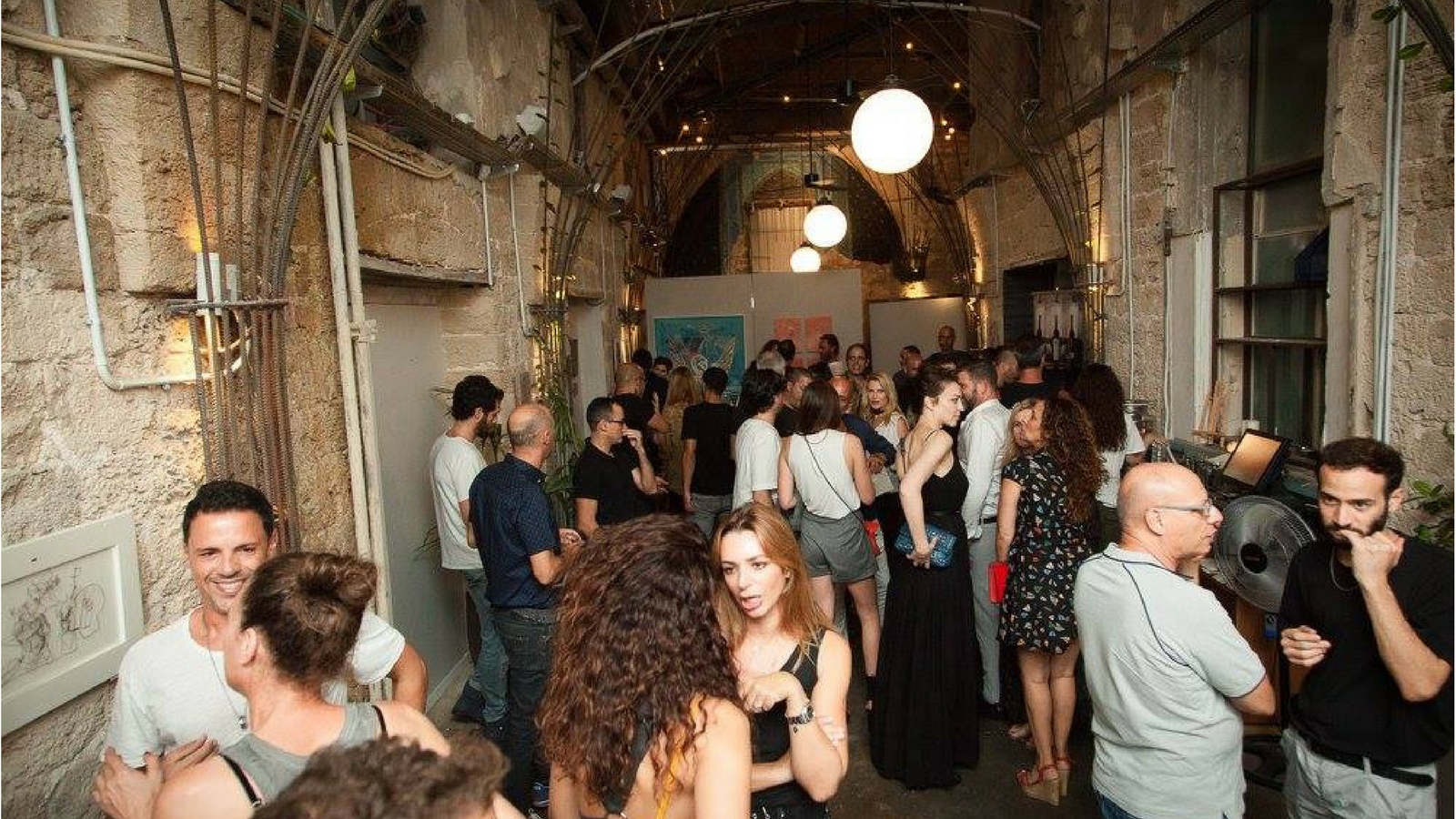 Beit Kandinof is located steps away from the Jaffa flea market. Photo via Facebook

“Our crowd is everybody – from young tattooed hipsters smoking cigarettes, to an older couple enjoying a cocktail, to big families, to tourists. We’re a really accessible space to everyone,” said artist Arianna Fornaciai, who owns and runs the space along with Amir Erlich.

While Gordon Gallery and Magasin III host internationally renowned artists, Beit Kandinof is one of several Jaffa art spaces that aim to support local emerging artists. The multifunctional space includes two rooms for artist residencies, including one recently established for alumni of Shenkar College of Engineering and Design. Visitors wander in to discover new artists and support local talent, whose work is relatively affordable in comparison to prices at more traditional galleries.

Other eclectic cultural hubs include Cuckoo’s Nest and Alamacén, whose gallery-meets-gathering-spaces serve both the local and international communities, creating interactions between the neighborhood’s residents and its guests. 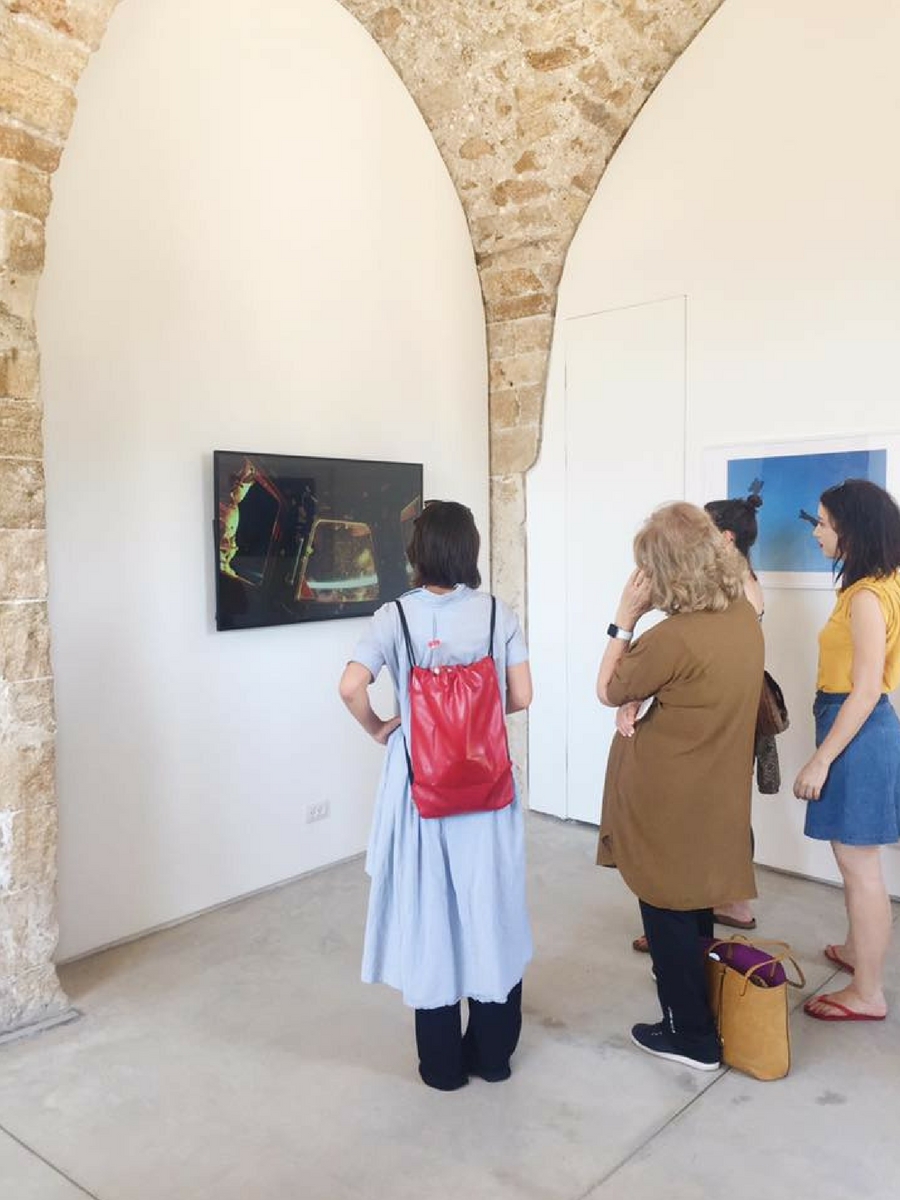 Galerie Charlot, an international gallery from Paris, opened its Jaffa outpost in 2017 with a focus on the relationship between art, technology and science. Its location in Kedumim Square, at the center of Old Jaffa, is surrounded by archaeological remains, restaurants and souvenir shops, making it an easy stop-in for those touring the area.

Inside Galirie Charlot, preserved stone archways combine with stark white walls to create an old-meets-new environment that has become very typical of Jaffa. The curators follow this sentiment as well, displaying digital and emerging art forms by both Israeli and international artists.

“We’re trying more and more to be involved in the international art scene. It’s our biggest challenge but I think we’re becoming more and more successful with it,” said Peguine, who is working on developing an international online platform for discovering and purchasing contemporary Israeli art with Gordon Gallery Director Michal Freedman.

“All of the people in the art world in Tel Aviv are trying to push it internationally, whether it means bringing Israeli artists outside of Israel or bringing international artists here.”

Certainly in Jaffa, where diverse visitors from three religions and hundreds of countries come to get a taste of Israeli design, food and culture, the art scene is on the international map.