Everything you ever wanted to know about Israel at 71

As night falls on May 8, 2019, Israel will kick off its 71st birthday celebration in the usual Yom Ha’atzmaut (Independence Day) style with cookouts, aerobatic shows, silly string, torch-lighting ceremonies and festive fireworks across the nation.

In only seven decades, Israel has proven it’s possible to do the impossible at home and abroad, whether greening deserts with world-leading technological knowhow, rescuing people in distress in distant lands, or sending the smallest-ever spacecraft to the moon.

The list of Israeli accomplishments is truly staggering, especially considering the huge amount of resources that must be devoted to defense alone.

Now we’ve delved into the statistics to present a fun and fascinating by-the-numbers picture of Israel at 71.

Citizens aged 0-20 comprise 43% of Israel’s population. The largest group within that category is 5- to 14-year-olds (18%). The latter category is largest in Jerusalem, making up 21% of its population. (Statistical Yearbook of Jerusalem) 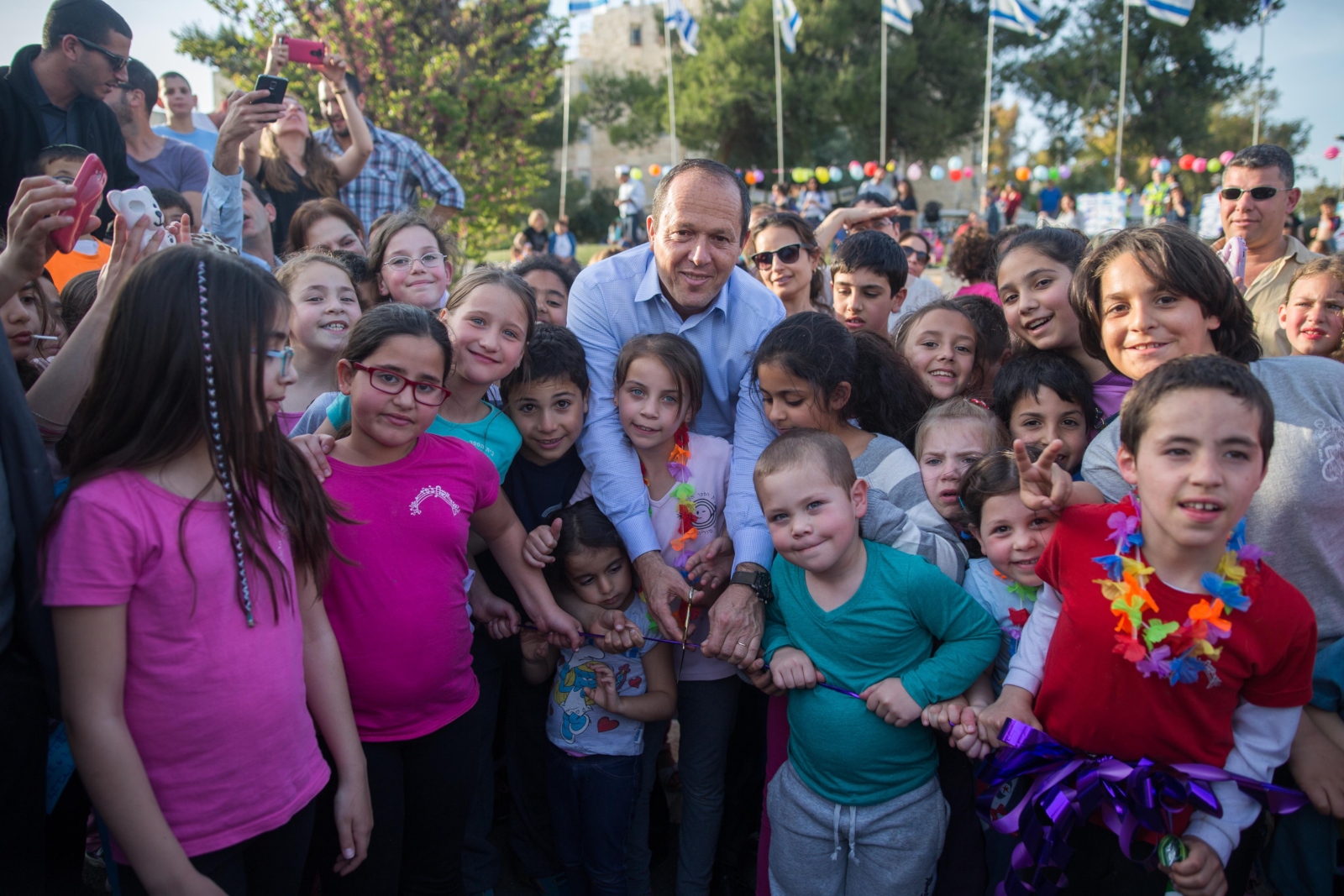 Children help then-Jerusalem Mayor Nir Barkat cut the ribbon at the opening ceremony of a new public playground in 2016. Photo by Yonatan Sindel/FLASH90

The most common family name in Israel is Cohen (one in 50 people). Agbaria is the most common surname among Muslims, Khoury among Christians and Halabi among Druze. (Central Bureau of Statistics) 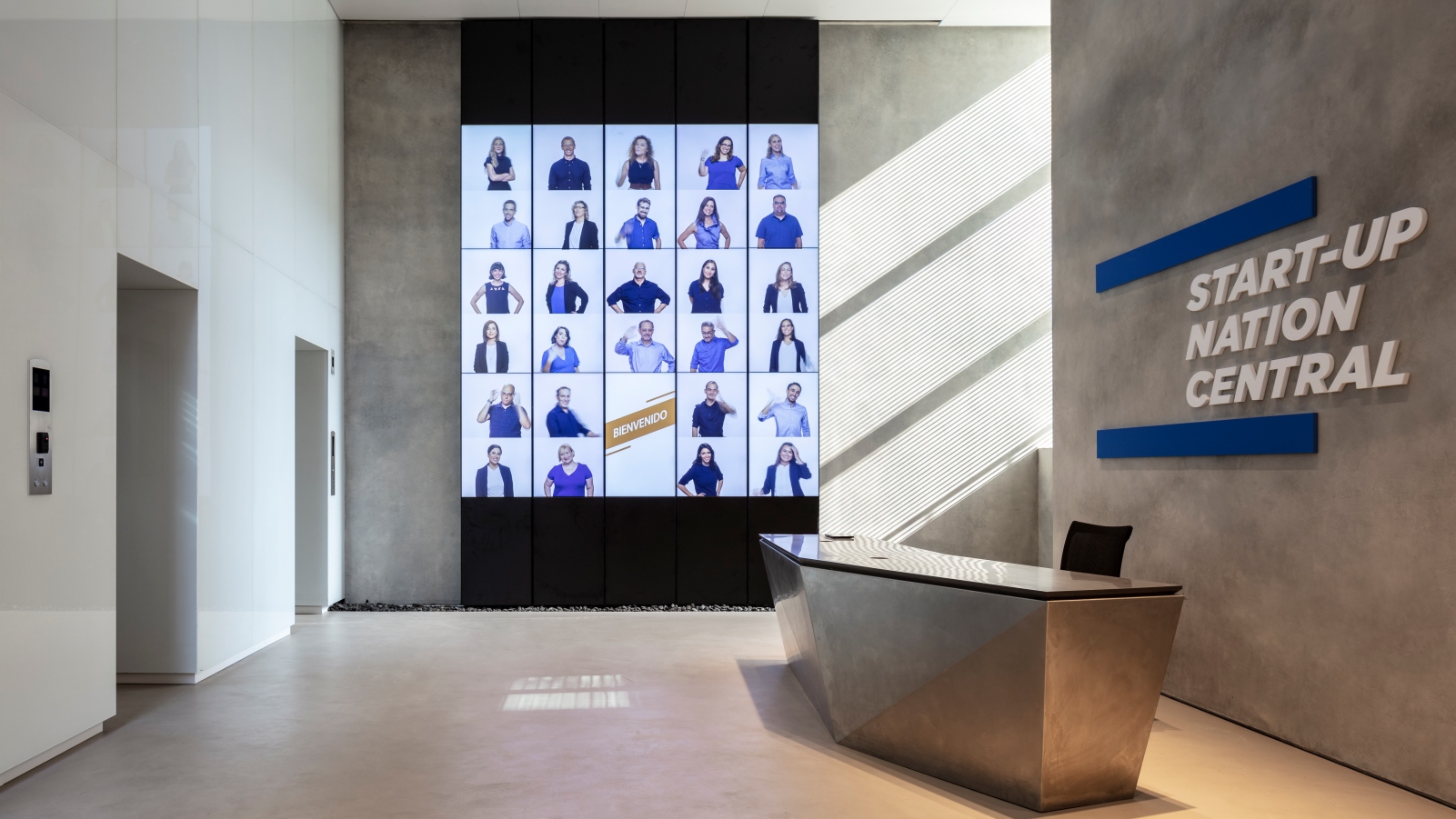 Israel has the highest number of startups per capita in the world. (2018 Global Startup Ecosystem Report)

Israel ranks fifth overall on the 2019 Bloomberg Innovation Index, moving up from #10 in 2018. In the R&D Intensity category, Israel ranks #1.

Israel’s expenditure on research and development (R&D) as a percentage of its GDP (4.21%) is the highest in the world. (OECD) 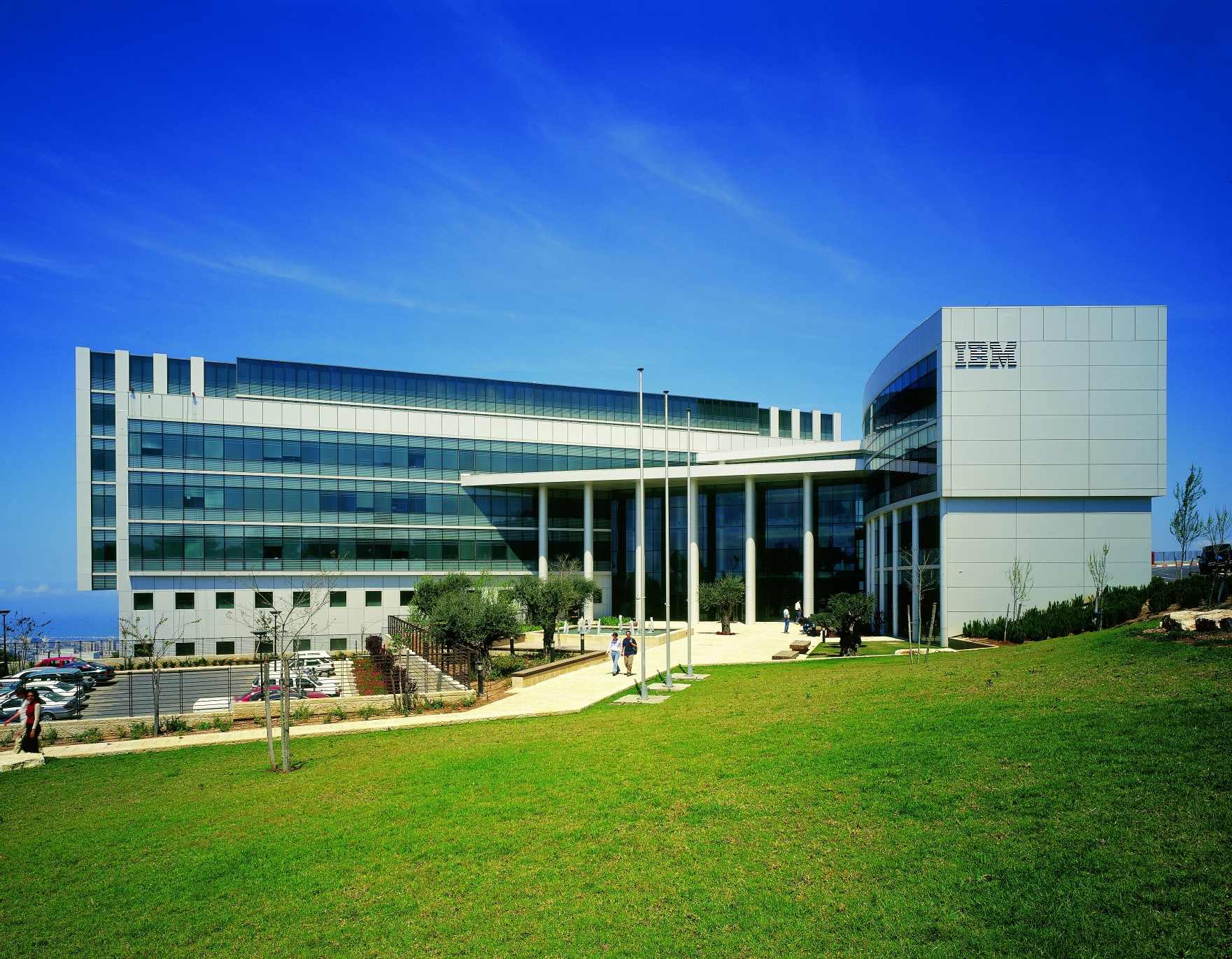 Every year, about 1,400 startups are founded in Israel and some 800 shut down. (Israel Innovation Authority)

The most lucrative acquisition of an Israeli company took place in 2017, when Intel bought Jerusalem-based Mobileye for $15.3 billion.

Intel, which employs about 12,800 Israelis in five centers throughout the country, is the most active foreign corporate investor in Israel, putting $435 million into more than 90 Israeli companies — $120 million in 2018 alone. (IVC, Intel Capital Israel) 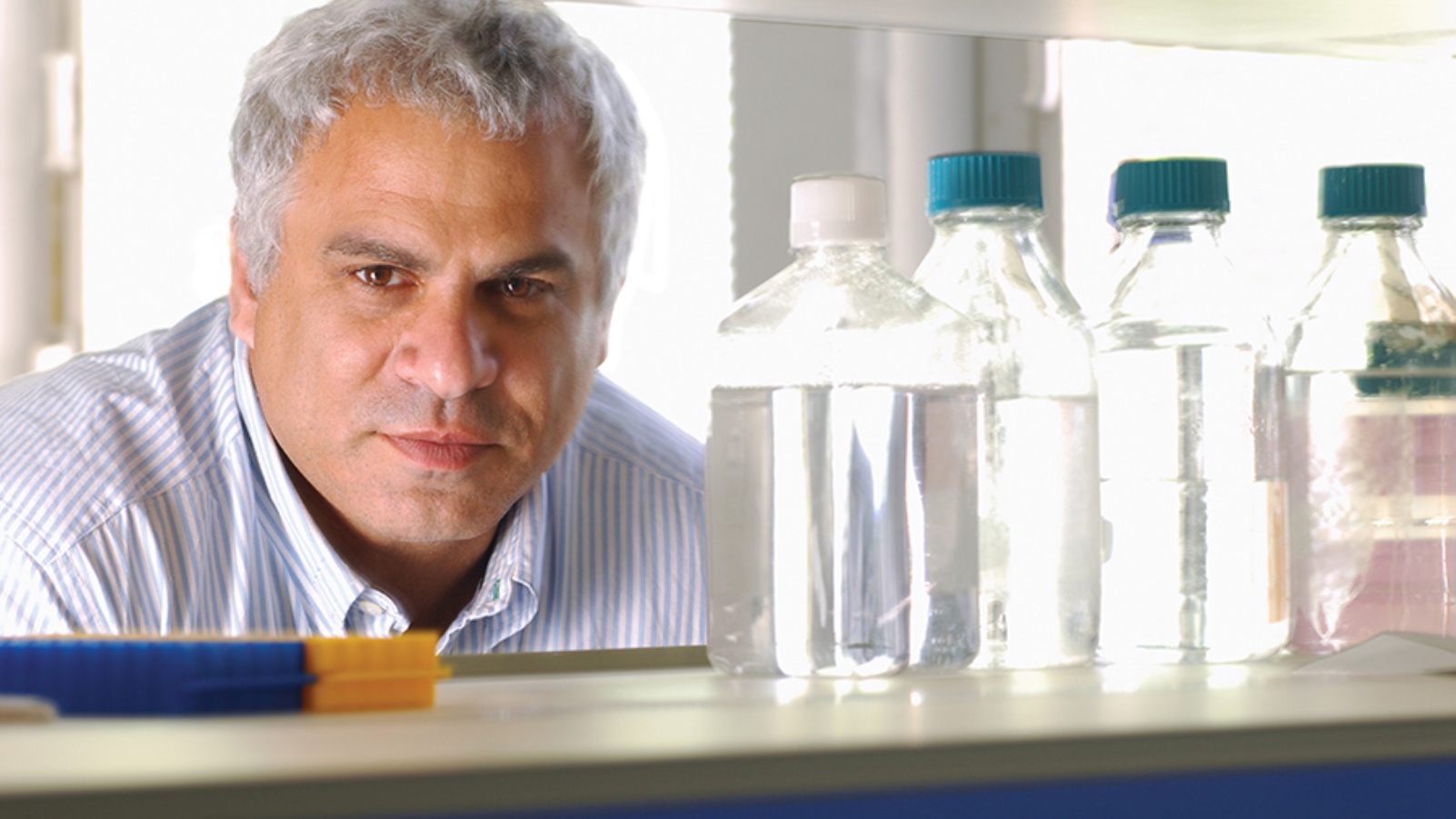 Israel has the lowest rate of diet-related deaths in the world. (Global Burden of Disease Study, Institute of Health Metrics and Evaluation)

88.6% of Israelis say they are pleased with their lives. (Central Bureau of Statistics)

85% of Israelis over the age of 20 feel safe walking alone in the dark in their residential area. (Central Bureau of Statistics)

We are a tree, fruit and veggie empire 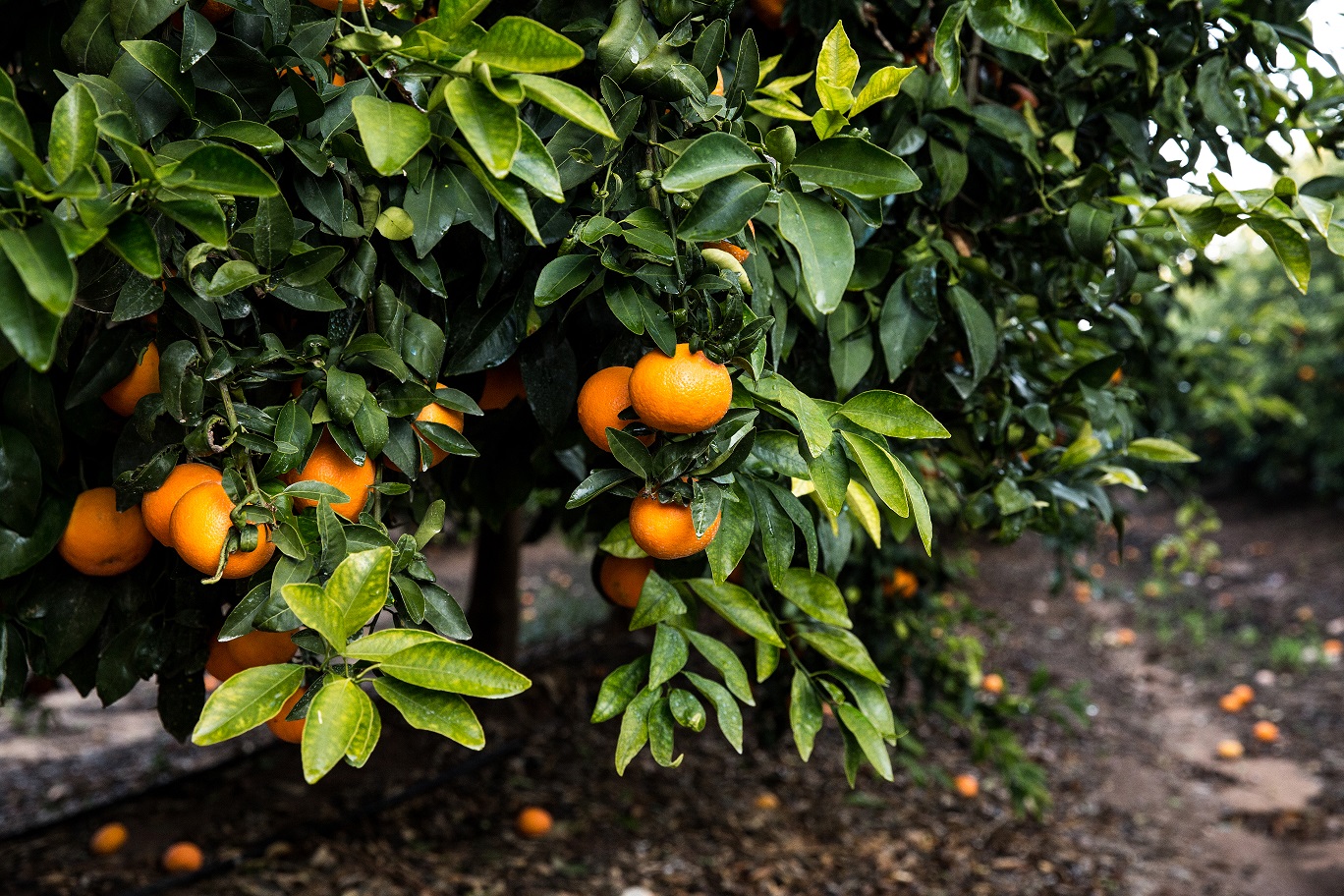 The Jaffa Orri mandarin was developed by scientists of the Volcani Agricultural Research Organization. Photo courtesy of Plant Production and Marketing Board of Israel

In 1948, about 2% of Israel was covered in trees. Now it’s up to around 8.5%. Since its establishment in 1901, Keren Kayemeth LeIsrael-Jewish National fund (KKL-JNF) has planted more than 240 million trees in Israel.

Israel is one of the only countries in the world that ended the 20th century with more trees than it had at the start. (KKL-JNF)

As of the end of 2018, every Israeli has access annually to an average 152 kilograms of fruit and 154kg of vegetables. (Central Bureau of Statistics)

In 2017, the leading crops produced in Israel were potatoes, tomatoes, carrots and peppers on the vegetable side; and bananas, apples, avocados and grapes on the fruit front. (Central Bureau of Statistics)

We have a flourishing tourism industry 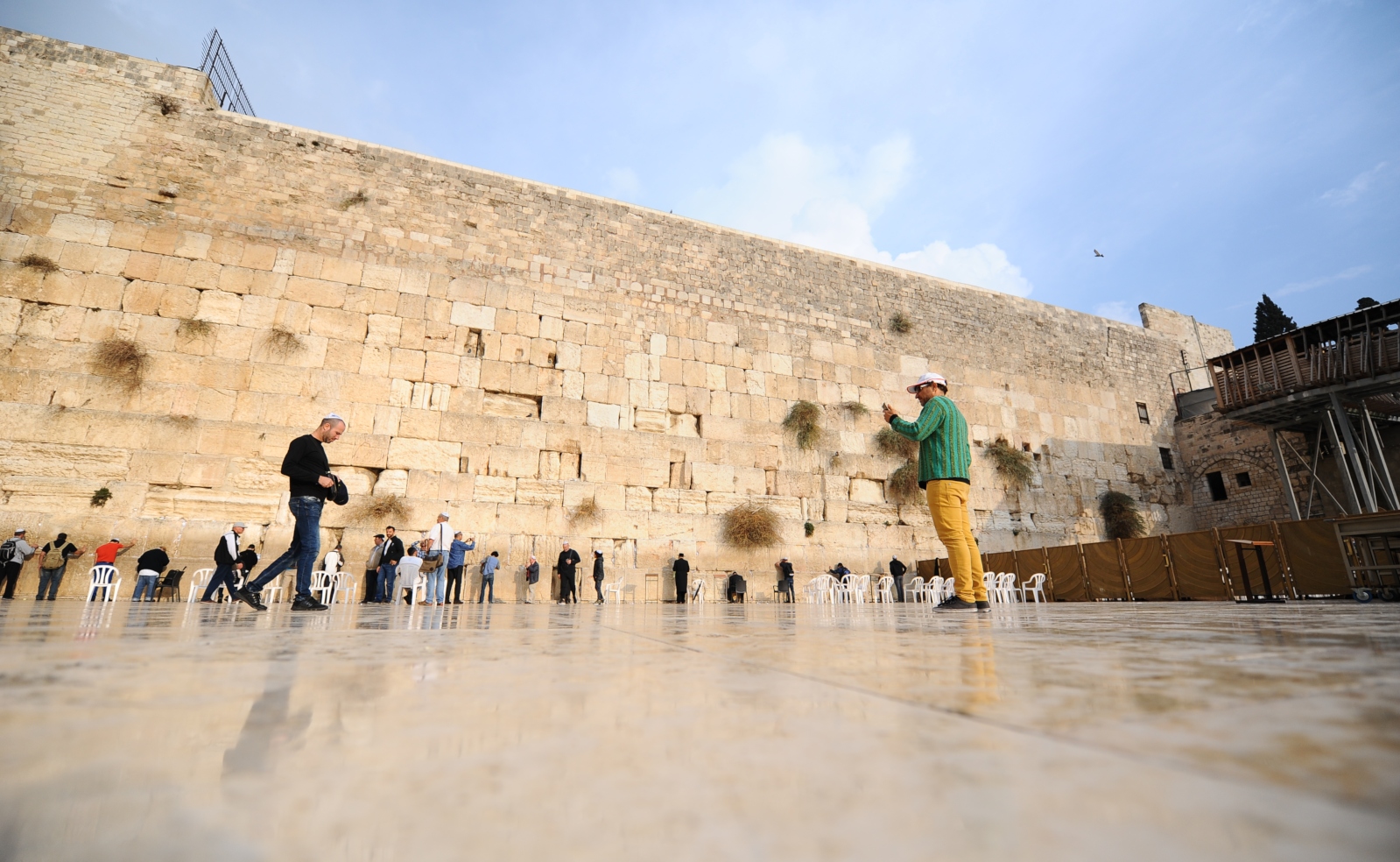 The Western Wall in Jerusalem is Israel’s most visited tourist site. Photo by Mendy Hechtman/FLASH90

The Western Wall in Jerusalem is the most-visited tourist site, followed by other sites in Jerusalem’s Old City: the Jewish Quarter, Church of the Holy Sepulchre, Via Dolorosa, Mount of Olives and the Tower of David Museum. Outside Jerusalem, the most popular tourist sites are Masada, the Church of the Annunciation, Tel Aviv Port, Capernaum and Caesarea. (Ministry of Tourism)

The Israel Hotel Association lists 370 member hotels, encompassing a total of 54,864 rooms. This number does not include hundreds of small boutique hotels and bed-and-breakfasts (tzimmers) across Israel.

The most expensive hotel rooms in Israel are the Noble Suite at Waldorf Astoria Jerusalem and the Presidential Suite at the Ritz Carlton Herzliya, each approximately $5,000 per night in high season.

We invest heavily in water desalination and conservation 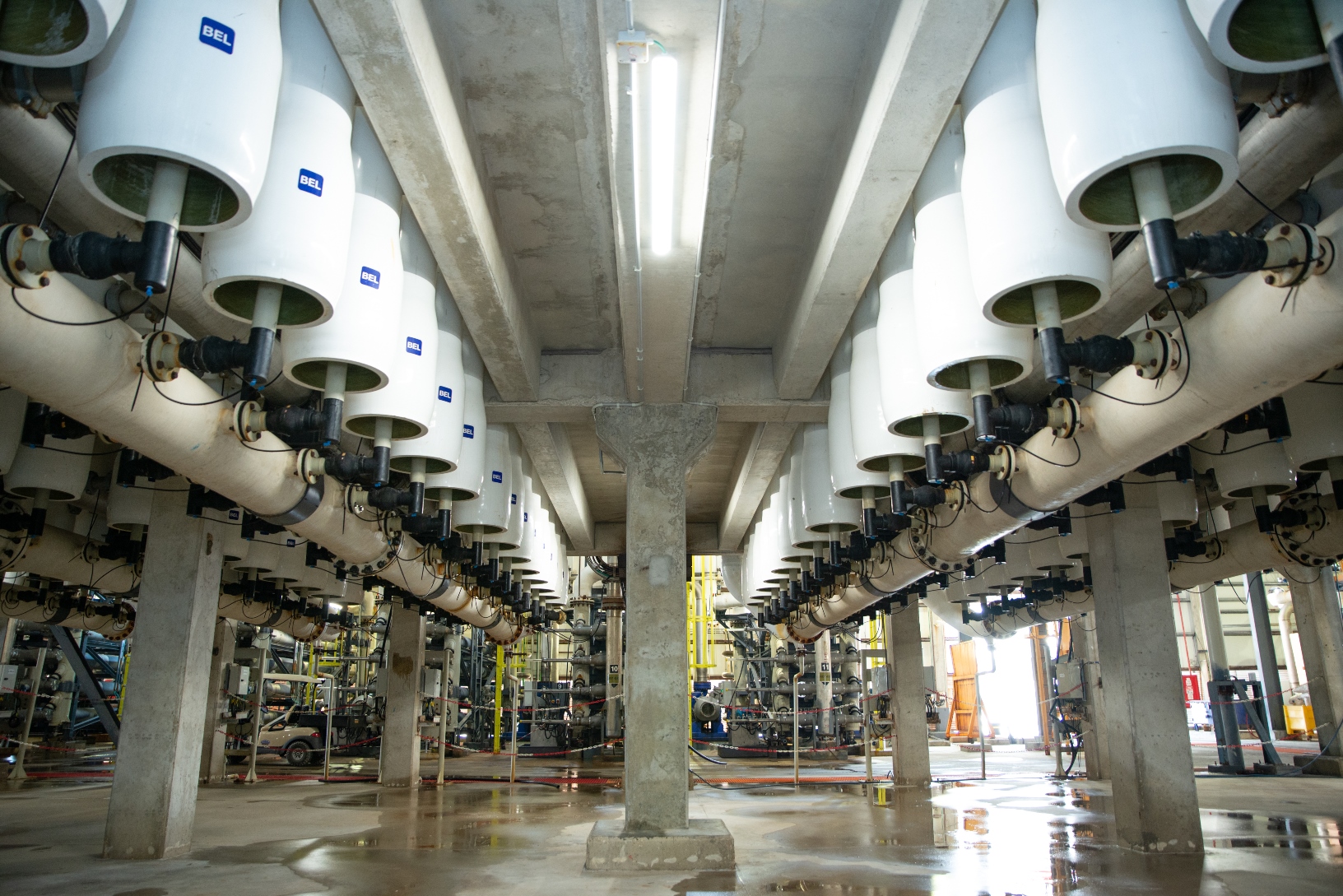 16-inch vertical membranes inside Israel’s Sorek seawater desalination plant, the largest of its kind in the world. Photo courtesy of IDE Technologies

Israel recycles 87% of its wastewater for agriculture, much more than any other country in the world. Some 31% of irrigation water originates from wastewater treated at more than 150 plants. (Mekorot) 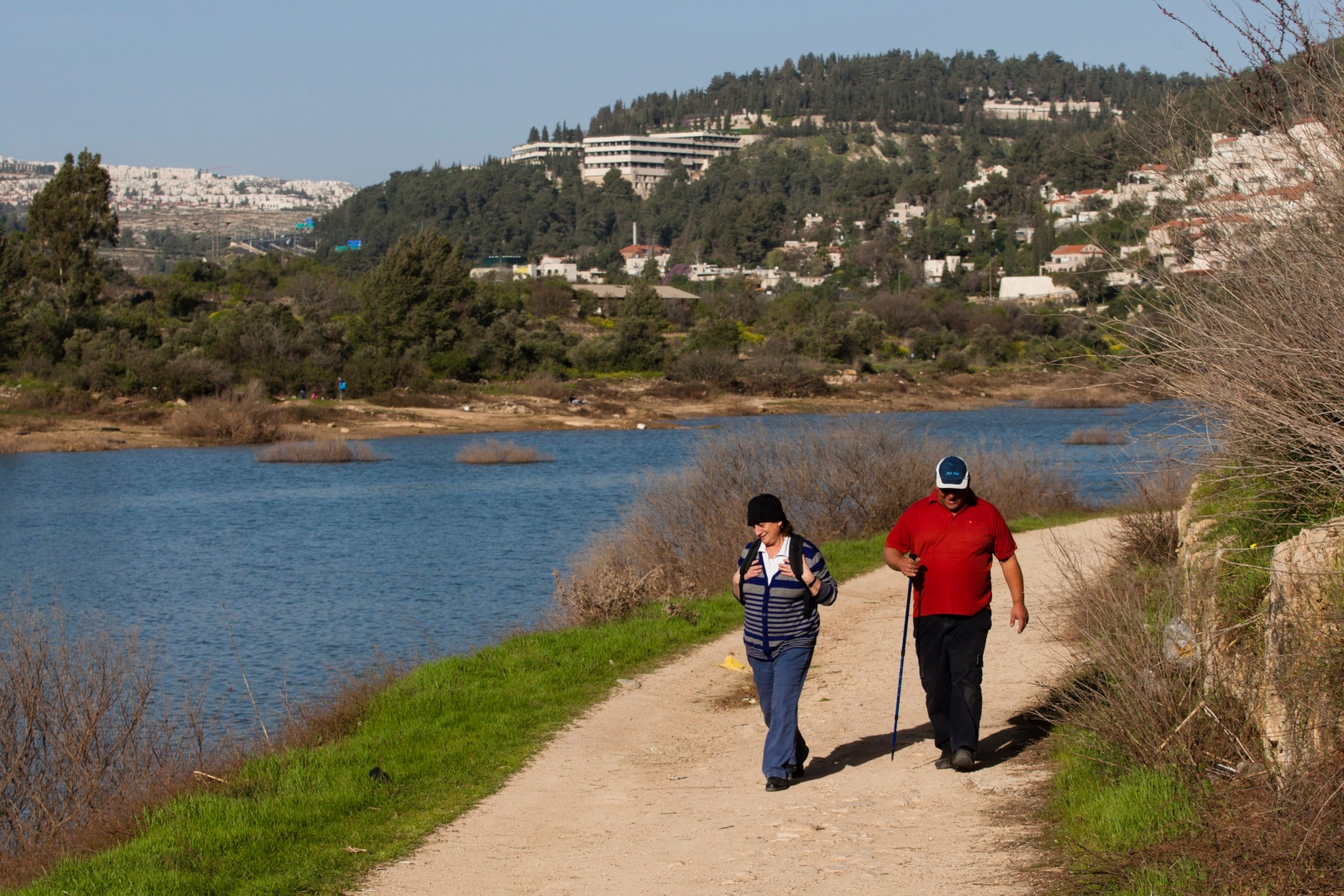 Israelis walk along the Beit Zayit Reservoir west of Jerusalem. Photo by FLASH90

We know the birds and the bees

As of 2019, Israel counts some 545 resident species of birds. (Israeli Birding Portal)

Every year some 500 million birds of 150 to 200 species migrate across Israel in their twice-yearly pilgrimage to and from warmer climes in March and November. 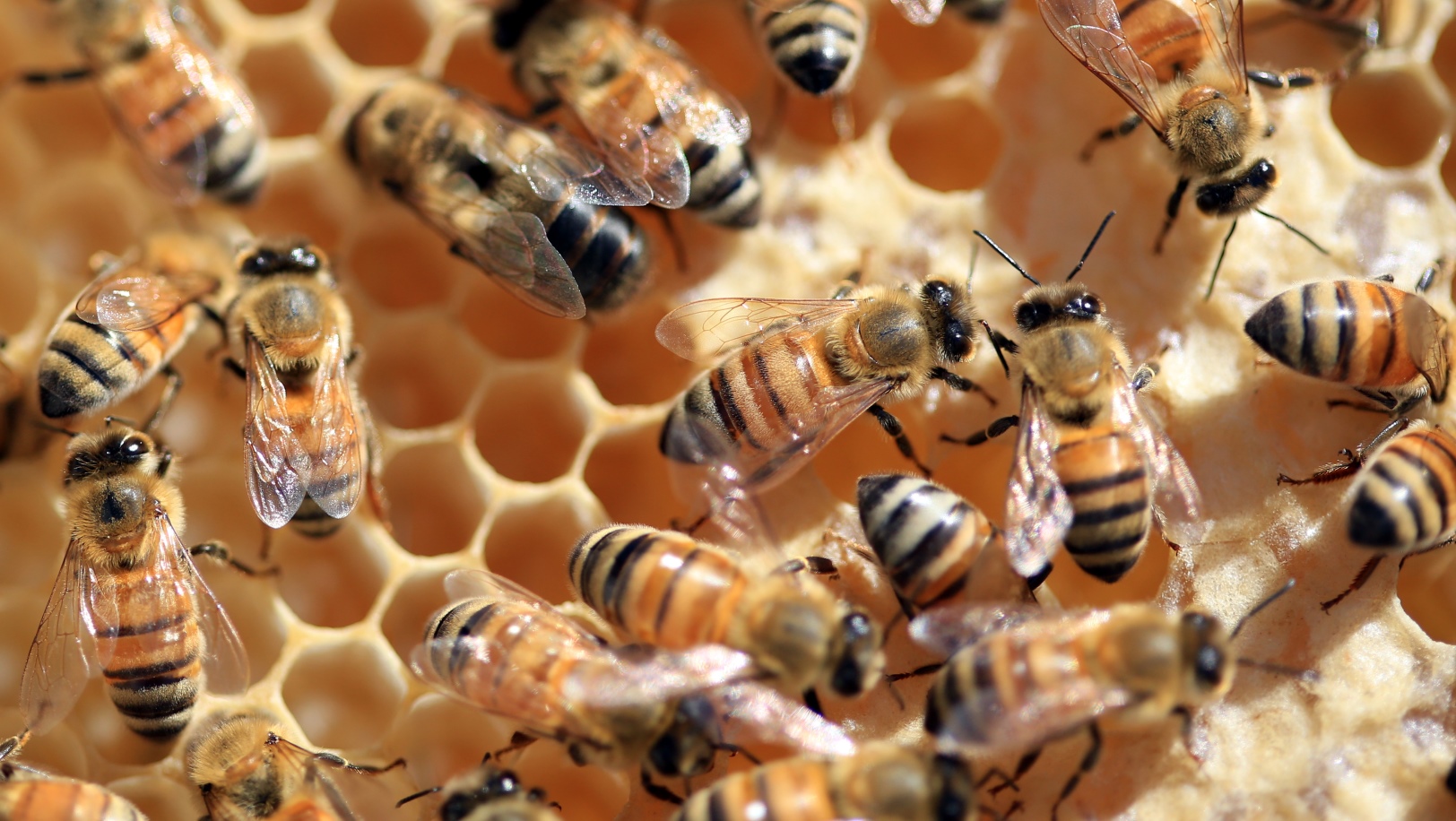 About 1,600 tons of honey is consumed by Israelis every Rosh Hashana to symbolize the hope of a sweet Jewish New Year ahead. (Israeli Honey Board)

Israel has the highest number of engineers and scientists per capita. (Ministry of Foreign Affairs)

Israel ranks third among OECD countries for the percent of its population that has attained higher education and fifth for its total expenditure on educational institutions as a percentage of GDP. (Ministry of Foreign Affairs)

Israel boasts a literacy level of 97.8% of citizens above the age of 15. (Ministry of Foreign Affairs) 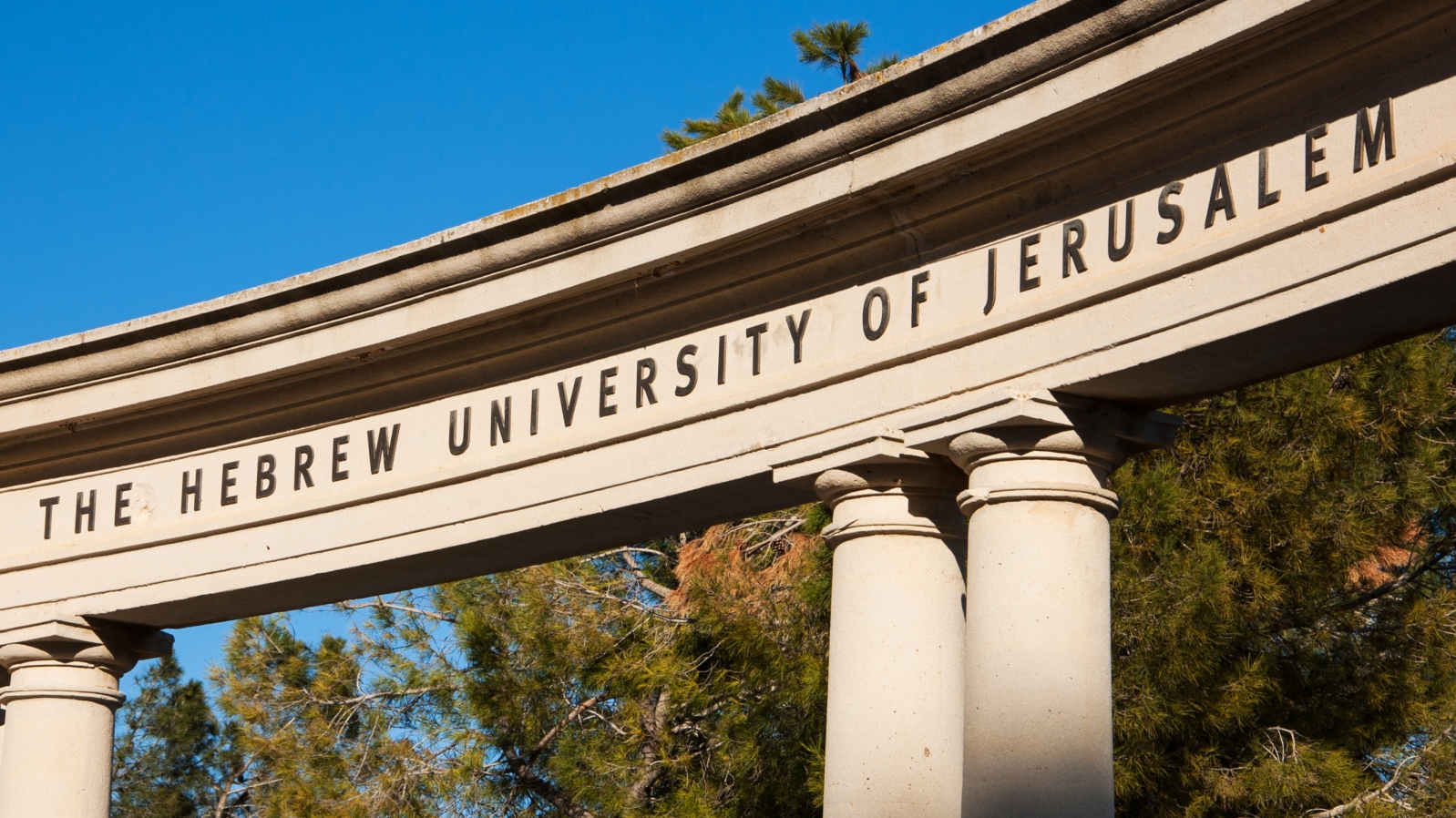 A small Israeli-Arab village in the Lower Galilee has one of the highest numbers of doctors per capita in the world. 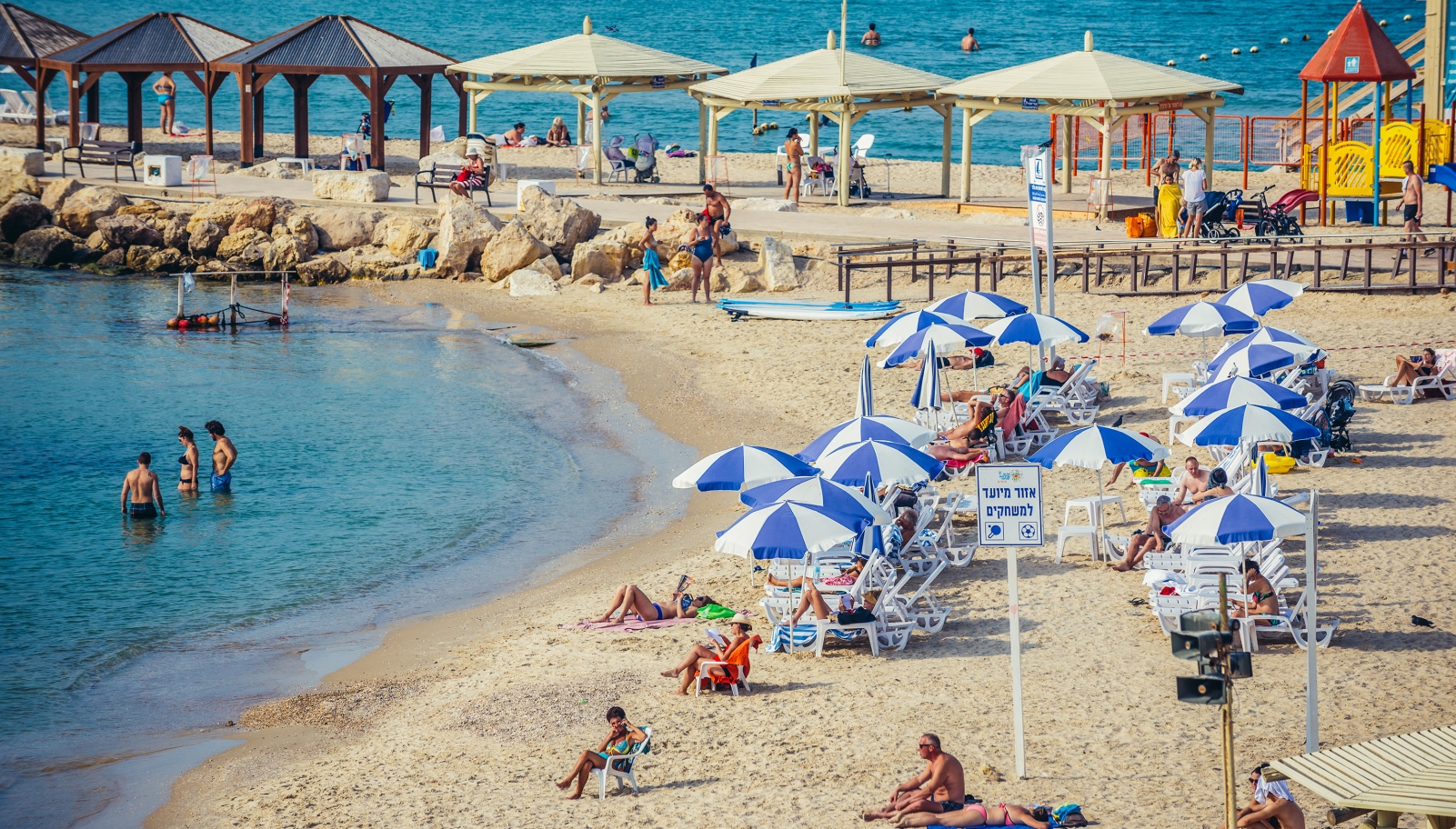 People sunbathe on Hilton beach in Tel Aviv. Photo by Fotokon via shutterstock.com

Coastal Tel Aviv-Yafo boasts many distinctions apart from being the heart of Israel’s startup culture.

Time Out of London ranks Tel Aviv the best city in the Middle East.

There are 13 beaches along Tel Aviv-Yafo’s coastline, visited by some 8.5 million people annually. (Tel Aviv-Yafo Municipality)

Tel Aviv has the highest number of pet dogs per capita in the world, at one pooch per every 17 residents. (Tel Aviv-Yafo Municipality)

Tel Aviv has been called the world’s top destination for vegan tourists (Daily Meal) and vegan capital of the world (The Independent). The highest concentration of vegan restaurants is in the Florentin neighborhood.

Of the 21 Israeli residents listed on the Forbes 2019 World Billionaires list, many live in Tel Aviv — including the wealthiest Israeli man, Roman Abramovich (who was listed by Forbes as Russian although he got Israeli citizenship in 2018) and Shari Arison, the richest woman in Israel. 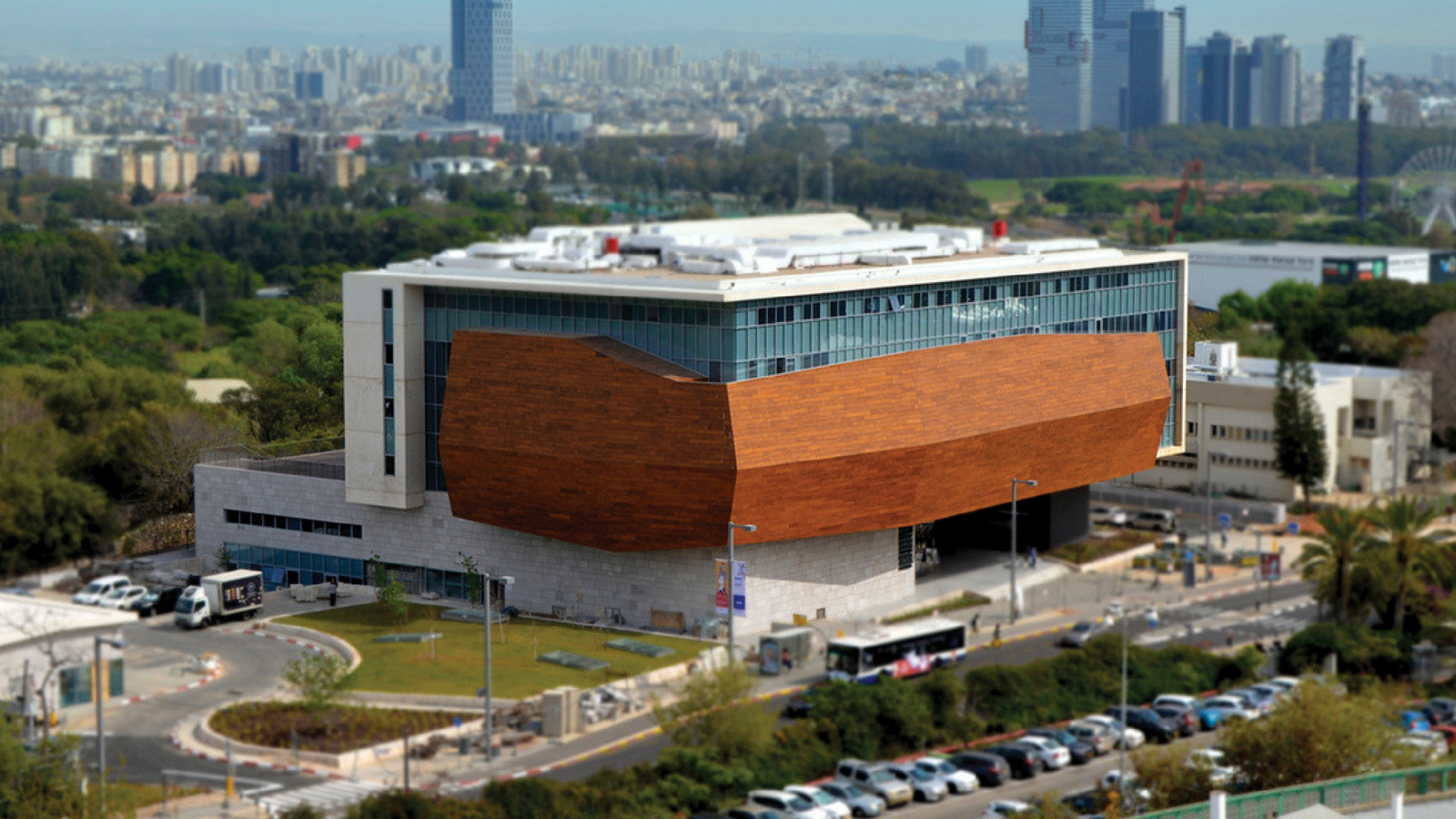 The Steinhardt Museum of Natural History in Tel Aviv. Photo by Oz Rittner

Israel has more than 230 museums, believed to be more museums per capita than any other country in the world. (CNN Travel)

Israel shipped $61.9 billion worth of goods around the globe in 2018. The top five exports are gems and precious metals (24% of total exports), electrical machinery and equipment (13.8%), pharmaceuticals (9.1%), optical, technical and medical apparatus (8.6%) and machinery including computers (7.8%). (World’s Top Exports)

There are more vegans (5%) and vegetarians (8%) per capita in Israel than anywhere else in the world.

Israel has won nine Olympic medals since 1952: one gold in sailing, one silver in judo, and seven bronze (four in judo, two in sailing and one in canoeing).

Israeli rhythmic gymnast Linoy Ashram set a world record with a score of 20.65 points in the clubs event at the Rhythmic Gymnastics World Challenge Cup Championship in 2018.

Guinness World Records certified in April 2019 that Isaak Hayik of Or Yehuda, Israel, is the oldest soccer player in the world.

A new Guinness World Record was set for most people using virtual reality displays at the same time, when Israeli company Mobileye made a presentation to 1,867 business leaders at the 2017 YPO Edge conference in Vancouver, Canada.