Is it a startup? Is it a restaurant? Is it a hub? Actually, it’s a culinary platform. L28 is a first-of-its-kind creation that’s fusing together the world of Israeli innovation and tech with its exploding culinary scene.

For consumers, it’s a fantastic new place to eat. For chefs and others in the local culinary ecosystem, it’s an opportunity to break through and “make an exit.”

The brainchild of Start-Up Nation Central, the nonprofit that serves as a gateway to the Israeli innovation community, L28 (named after its address on 28 Lilienblum Street in Tel Aviv) is very reminiscent of other startups.

The entrepreneur is a young chef with bold and creative ideas, who like any CEO-in-the-making needs initial investment, tools and guidance. He or she gets all this in the form of a beautifully designed restaurant space fully stocked with cooks, waiters, staff and amenities, as well as seed investment. The food at L28 changes every six months together with the head chef. Photo: courtesy

After six months of hard work, the now-more-experienced chef is ready to step out into the world. Then, L28 turns to another young chef and starts the process again.

“Our organization does two main things: We help and support and nurture Israeli innovation in tech, and then connect it to wherever it’s needed in the world,” says Amir Mizroch, Start-Up Nation Central’s head of communications. “We’re taking that model to culinary innovation.”

L28 follows the waves Israeli cuisine is making around the globe. It seems a day doesn’t go by without an Israeli chef operating abroad winning some sort of award, an Israeli cookbook coming out, or someone out there trying to prepare shakshuka and tahini at home.

Yet, it’s still not entirely clear what “Israeli cuisine” actually is – whether the result of the flocking together of Jewish diasporas, local Arab culinary tradition or the creation of a new, distinctive culinary language.

Those at the helm of L28 are convinced it’s the latter.

“Our ultimate goal is to see what this is — this Israeli cuisine — and ask questions, to learn and to connect all of the interesting people from abroad and here in Israel as well,” says Gabriel Israel, L28’s culinary director.

Mizroch concurs. “Only now are we seeing Israeli chefs making their mark abroad with what’s called ‘Israeli cuisine.’ We actually do believe that’s being created here and we’re encouraging it.”

Israel looks for three main characteristics in choosing chefs. First off is creativity, whether in design, menu or combination of dishes. Second is professionalism – how they work, cook and act. Last but not least is identity. L28 wants its head chefs to have signature food and create their own sort of food.

The platform’s first chef was Galilee-born Shuli Wimer. Her food is Galilee-inspired – Israeli and Arab foods, farm-to-table, seasonal eating – with an Italian accent, as she worked for the past six years at London’s famous River Café. These two influences are very noticeable in Mizroch and Israel’s current menu favorites. For Mizroch, it’s Italian-style bread soup, while for Israel it’s dumplings filled with labaneh cheese in a grapevine broth. 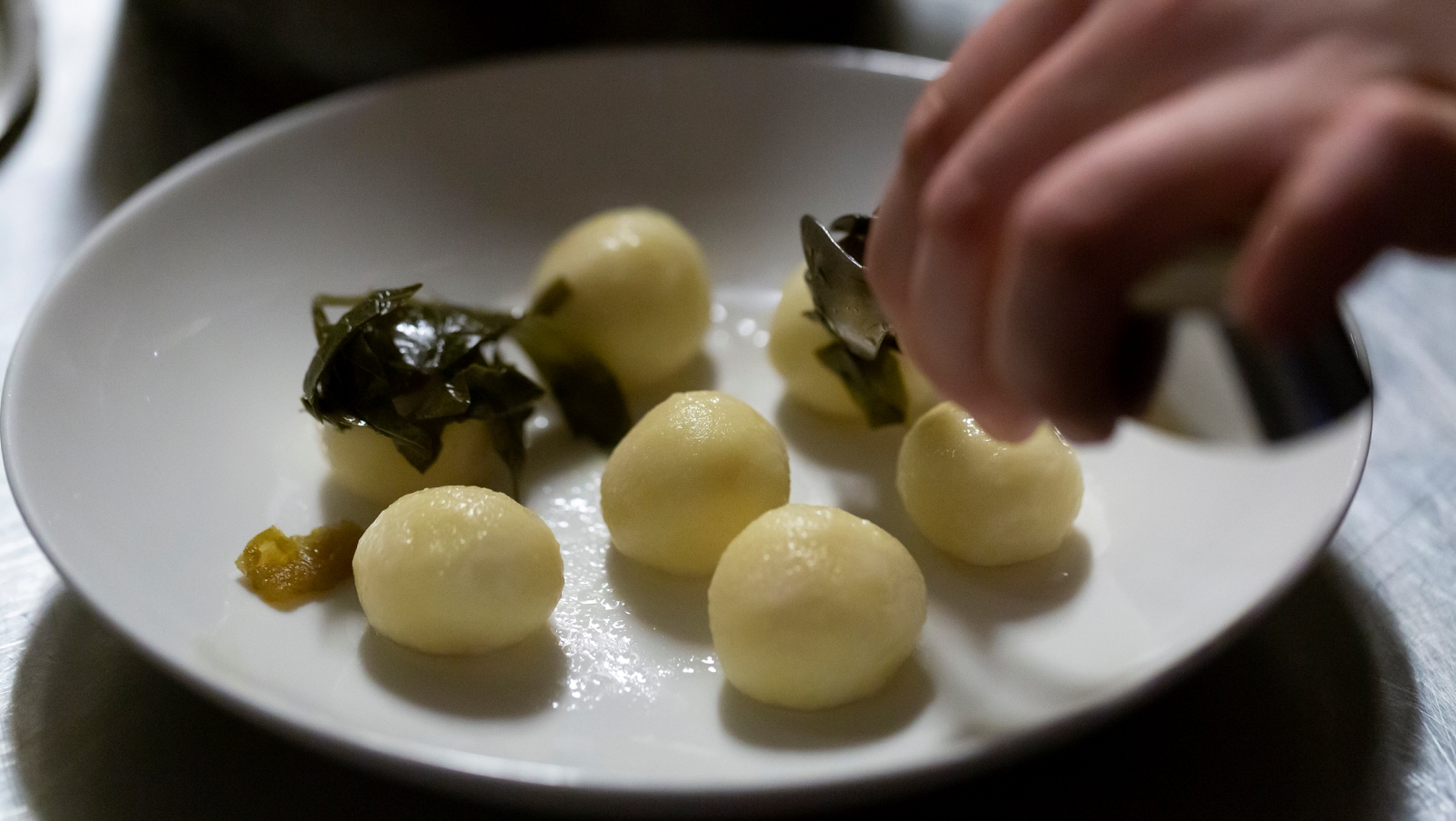 In mid-April, Wimer was replaced at L28 with Stav Naveh, a young female chef from Jerusalem, promising a very Jerusalem-centric menu for the six months to come. (Here at ISRAEL21c, we’re very much hoping this means kubbeh.)

The culinary incubator is located on the ground floor of Start-Up Nation Central’s new building in downtown Tel Aviv. A rooftop garden supplies the restaurant with all the greens it needs. 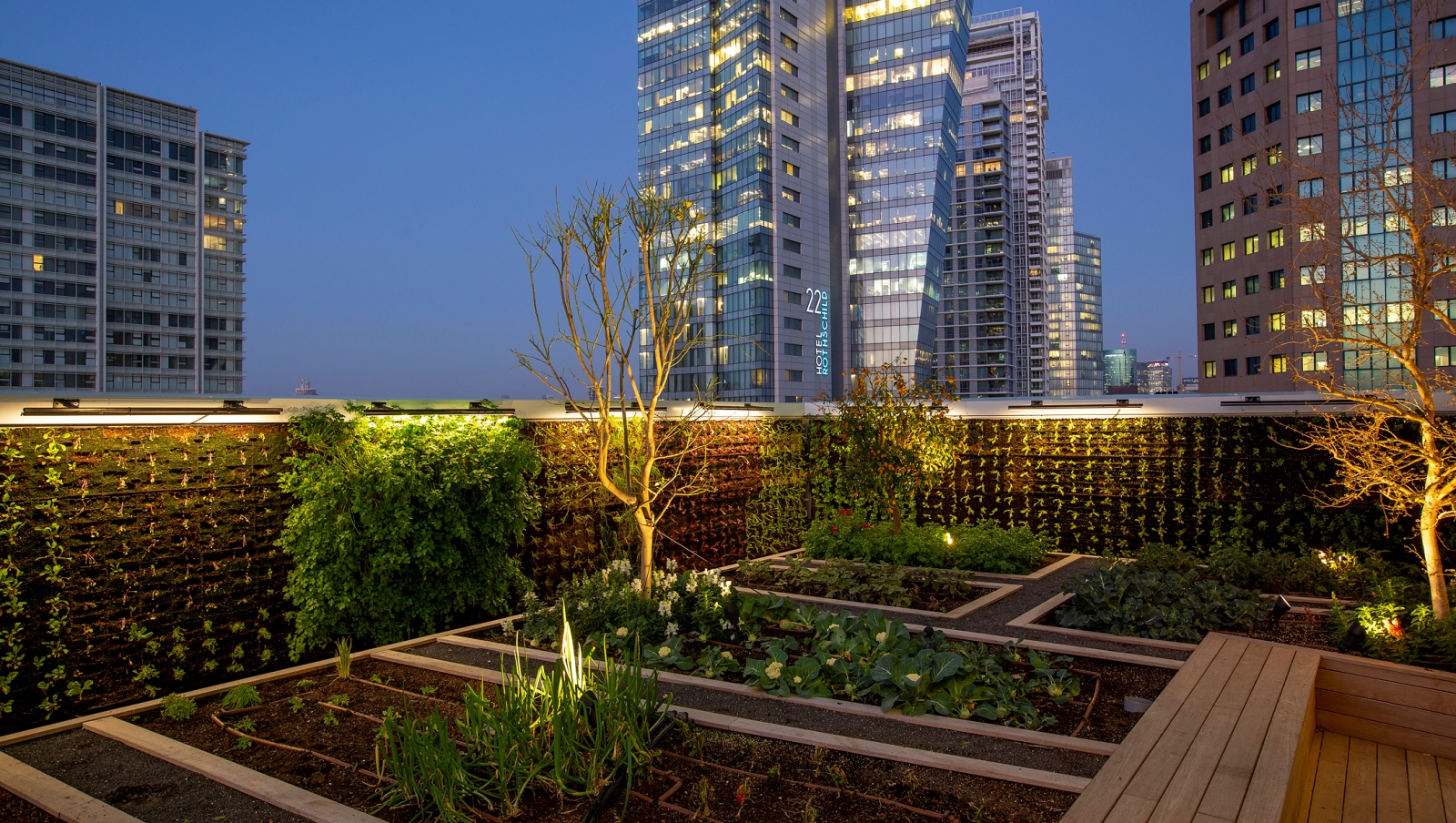 The garden, like L28’s close contacts with other local suppliers, is on point with SNC’s general ethos: creating an ecosystem of interconnected Israeli entrepreneurs and helping the world discover them.

This culinary discovery mission takes many forms. A recent group of celebrity chefs and influencers from abroad had a tour of L28 and sampled dishes concocted from products developed by the local food-tech industry, another of the nonprofit’s areas of expertise.

When innovation attaches from embassies stationed in Israel were shown around L28, says Mizroch, they couldn’t wait hear more about how to replicate it in their own countries.

Proof is in the pudding

Innovation is great, sure. But how does it taste? Pretty good, judging by L28’s rave reviews in the local press and its full waiting list.

“Most people here in Israel understood what we were trying to do,” says Israel. “That’s why we’re fully booked about a week in advance.”

He also notes that the shifting-chef concept is great for customers. “It’s a cool experience because people get bored of the same,” he says. 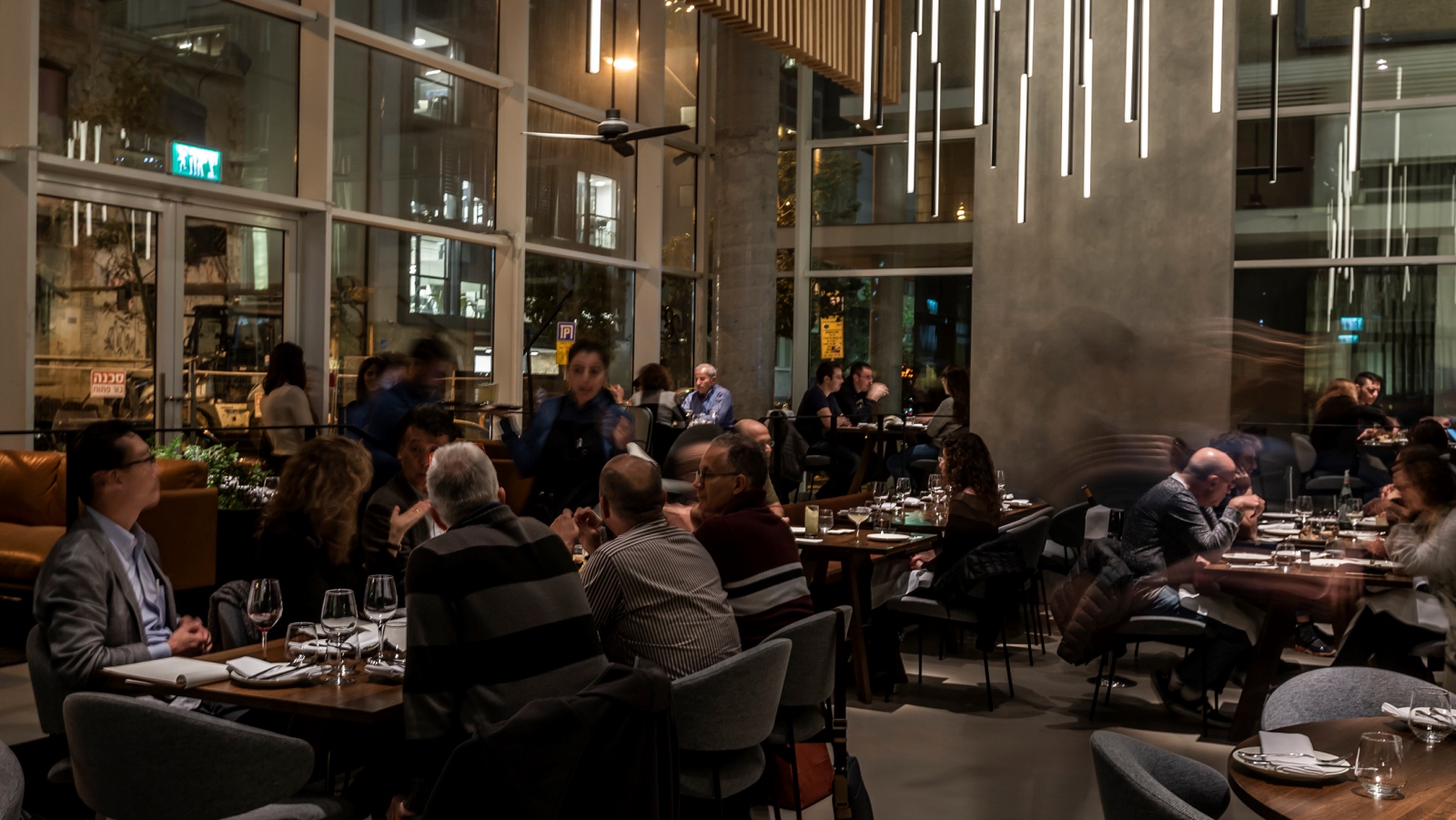 Mizroch concludes that food and innovation is of particular interest to a particularly large crowd.

“There’s the whole story of connecting Jews and Arabs and American Jews and people all over the world who have kind of a stake in Israeli cuisine and bringing them together,” he notes.

“How does it bring people together? Food is one of those rare things, like music, that really can transcend.”

We’ll have a portion of that any day.