At the dawn of July 16, 1942 begins in Paris the “Vél d’Hiv” . She sees the surprise arrest of more than thirteen thousand Parisian Jews from 2 to 60 years old, all stateless Jews (these include Jews formerly Germans, Austrians or Poles). Most are deported to the Auschwitz-Birkenau extermination camp . A few dozen will come back …

At the origin of this crime against humanity, there is the Hitler project to arrest a large number of Jews throughout occupied Europe. In France, jealous of its rights, the administration, belatedly informed, wants in certain limits to keep control of the operation (see the analysis of the historian Alain Michel ).

This is how 7,000 police and gendarmes are mobilized in Paris under the orders of the delegate in the northern zone of René Bousquet, a young and efficient official of the Vichy government.

That’s a lot … and yet half as much as the quota set by the Germans and the police headquarters! The acts of solidarity fortunately did not fail: some policemen let their victims flee, concierges, neighbors, anonymous opened their doors and hid Jews … 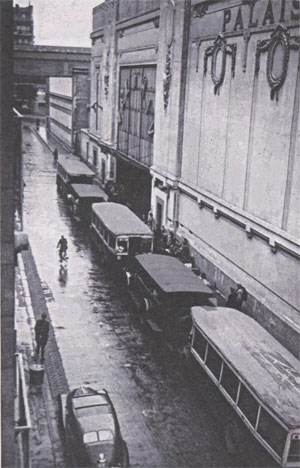 On board buses, single people and couples without children are transported to Drancy camp, north of Paris.

Families with children are directed to the Winter Velodrome, rue Nélaton, in the 15th arrondissement of Paris (now extinct).

More than 8,000 people, most of them children, will be crammed for several days, sometimes until July 22, in squalid conditions: no sleeping, no food, no drinking water, with violent day and night lighting , amid cries and calls from speakers. Only three doctors and ten Red Cross nurses are allowed to intervene.

The families of the Vél d’Hiv are transferred from the Austerlitz station to the Pithiviers and Beaune-la-Rolande internment camps in the Loiret. In the following August, the mothers are taken from their children by the gendarmes and taken to the Polish extermination camps. The children will in turn be sent to Auschwitz-Birkenau two weeks later, which since the beginning of July has been transformed from a forced labor camp into an industrial-scale extermination camp.

None will come back. The internees of Drancy also take the road to Auschwitz-Birkenau. A few dozen at most will come back from hell.

The raid accentuates the collaboration between Vichy and the German occupier in the field of the “Jewish question” . But it also causes a beginning of fracture in French opinion, hitherto massively indifferent or wait-and-see. Gradually, some citizens switch to the Resistance, more or less active; others, on the other hand, become radicalized and switch to anti-Semitism and collaboration.

It was not until July 16, 1995 that, in a very beautiful and very moving speech, a president, Jacques Chirac , officially recognizes “that these black hours forever defile our history, and are an insult to our past. and our traditions. Yes, the criminal madness of the occupier was seconded by the French, by the French state