10 things you MUST do in Jerusalem

It’s impossible to run out of things to do in Jerusalem. Israel’s capital, one of the fastest-growing tourism destinations in the world, is Israel’s largest municipality and possibly the most famous city in history.

Well known for its historical and religious sites for the three major religions, Jerusalem also has 60 museums, 2,000 archeological sites and nearly 1,600 public parks (the net area of Jerusalem’s green spaces is larger than all of Tel Aviv!).

There are two outdoor markets (Machane Yehuda and the Old City shuk), 10 shopping malls and eateries offering everything from gourmet fare to ethnic street food.

The Israel Ministry of Tourism’s 2018 Inbound Tourism Survey revealed that Jerusalem is the most visited Israeli city (77.5% of respondents). Four of the five most visited free sites in Israel are in or near Jerusalem’s Old City: the Western Wall, Church of the Holy Sepulcher, Via Dolorosa and the Mount of Olives. 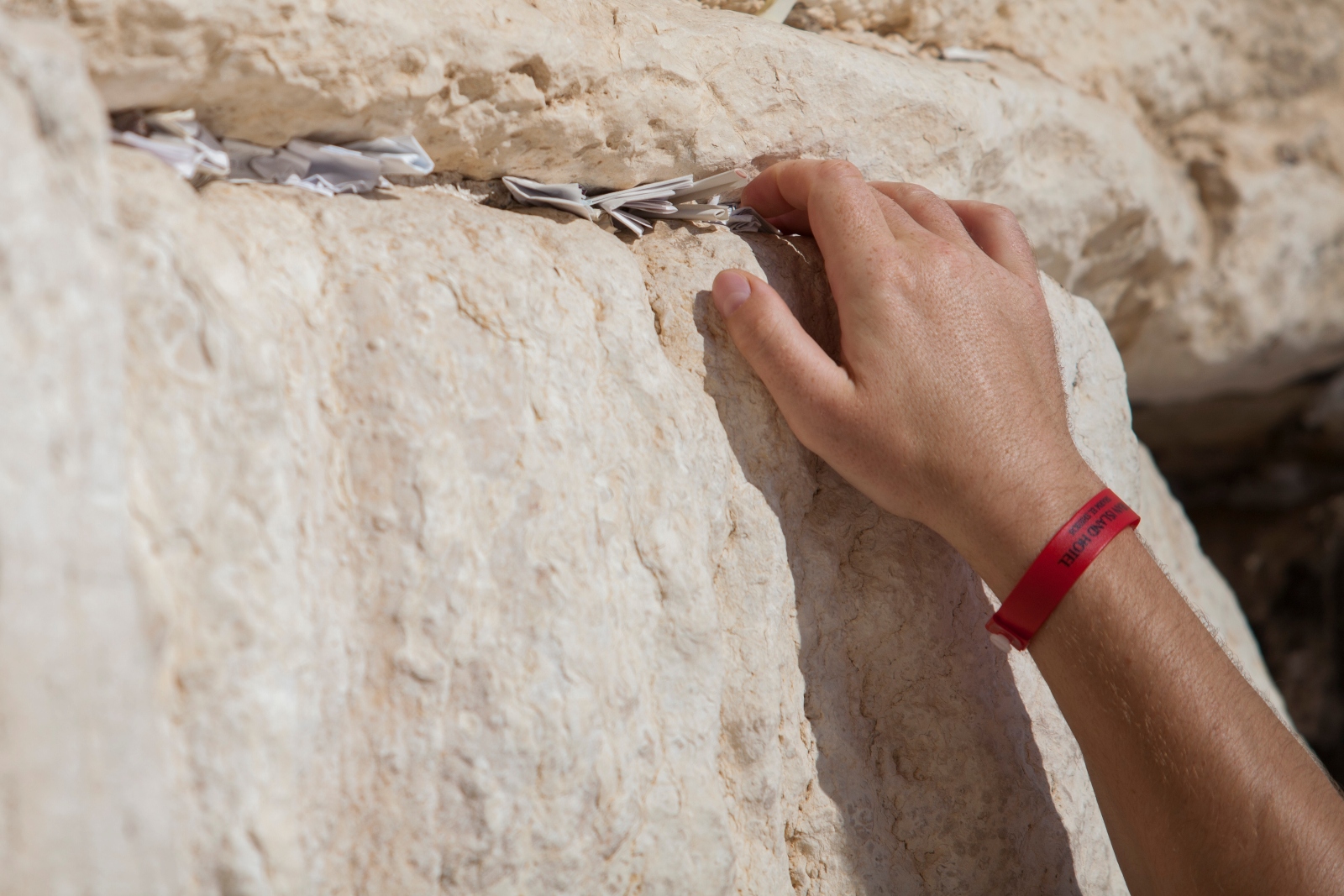 A tourist placing a note in the Western Wall. Photo by Noam Revkin Fenton/FLASH90

This massive retaining wall is a relic of the Second Temple complex built by King Herod and burned down by the Romans in 70 CE. Since the reunification of Jerusalem in 1967, the Kotel is open free to visitors of all faiths.

Many people place folded-up prayers or requests in the cracks between the ancient stones, giving the Western Wall the additional moniker of “Wall of Wishes.” Several online services will place a note for you, but there’s nothing like slipping your paper in personally – just ask Pope Francis, Lady Gaga, Barack Obama, Leonardo DiCaprio, Russell Simmons, Donald Trump and countless other celebrities who’ve done so.

To tour the historic excavations beneath and behind the Western Wall (available in English or French), make reservations here. 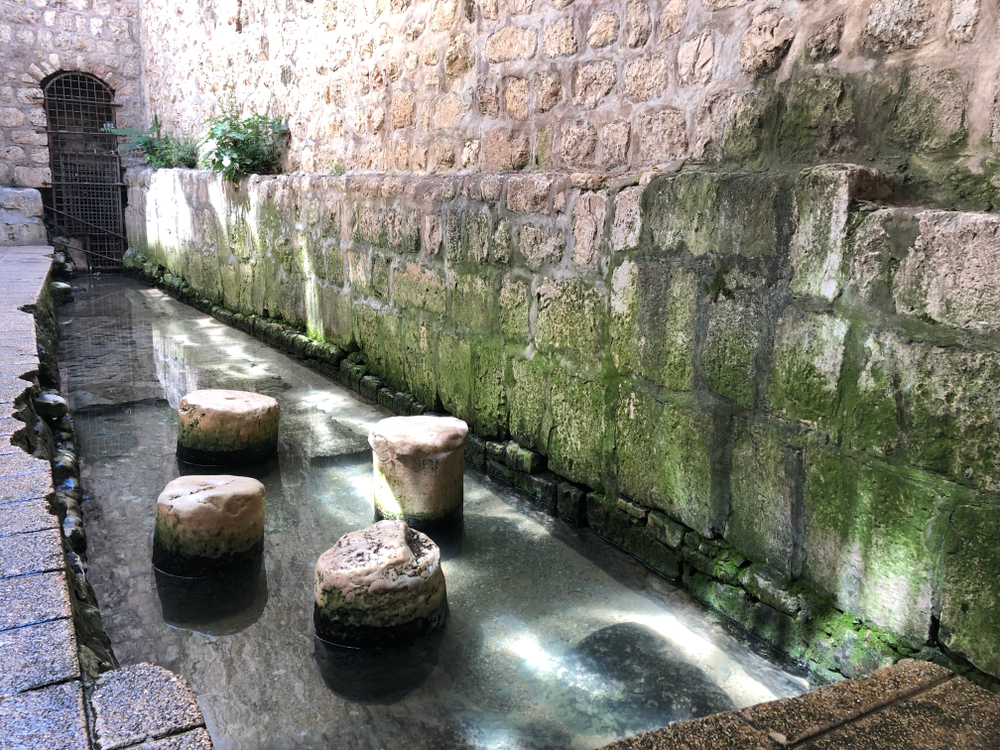 A pool at the end of Hezekiah’s Tunnel. Photo by Shutterstock

When the City of David was about to be besieged by the Assyrian army in the eighth century BCE, King Hezekiah protected the water supply by diverting the Gihon Spring through a 1,750-foot (533-meter) tunnel dug into the mountain. An ancient stone carving found near the entrance describes this incredible feat of engineering.Today, trekking through Hezekiah’s Tunnel in knee-high water (with a guide) is a favorite activity for visitors of all ages. 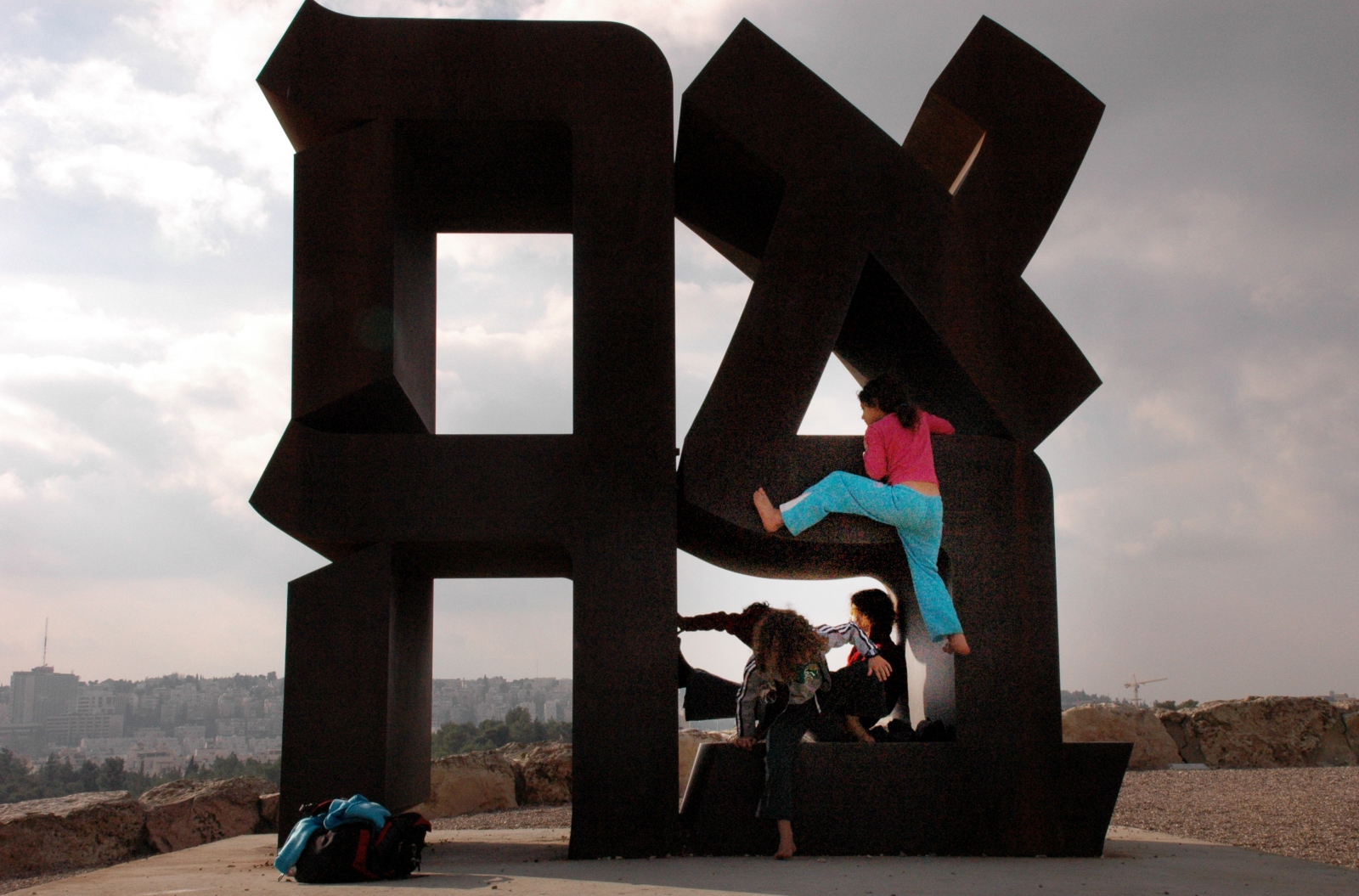 Now celebrating its 50th anniversary, the Israel Museum is the largest cultural institution in Israel. The museum’s archeology, fine arts and Judaica collections of nearly 500,000 objects include prehistoric to modern works, including the most extensive biblical and Holy Land archaeology holdings in the world.

Robert Indiana presented his 12-foot-high Ahava (Love) sculpture to the museum in 1977, and it has become an iconic backdrop for fun or romantic photos and weddings. 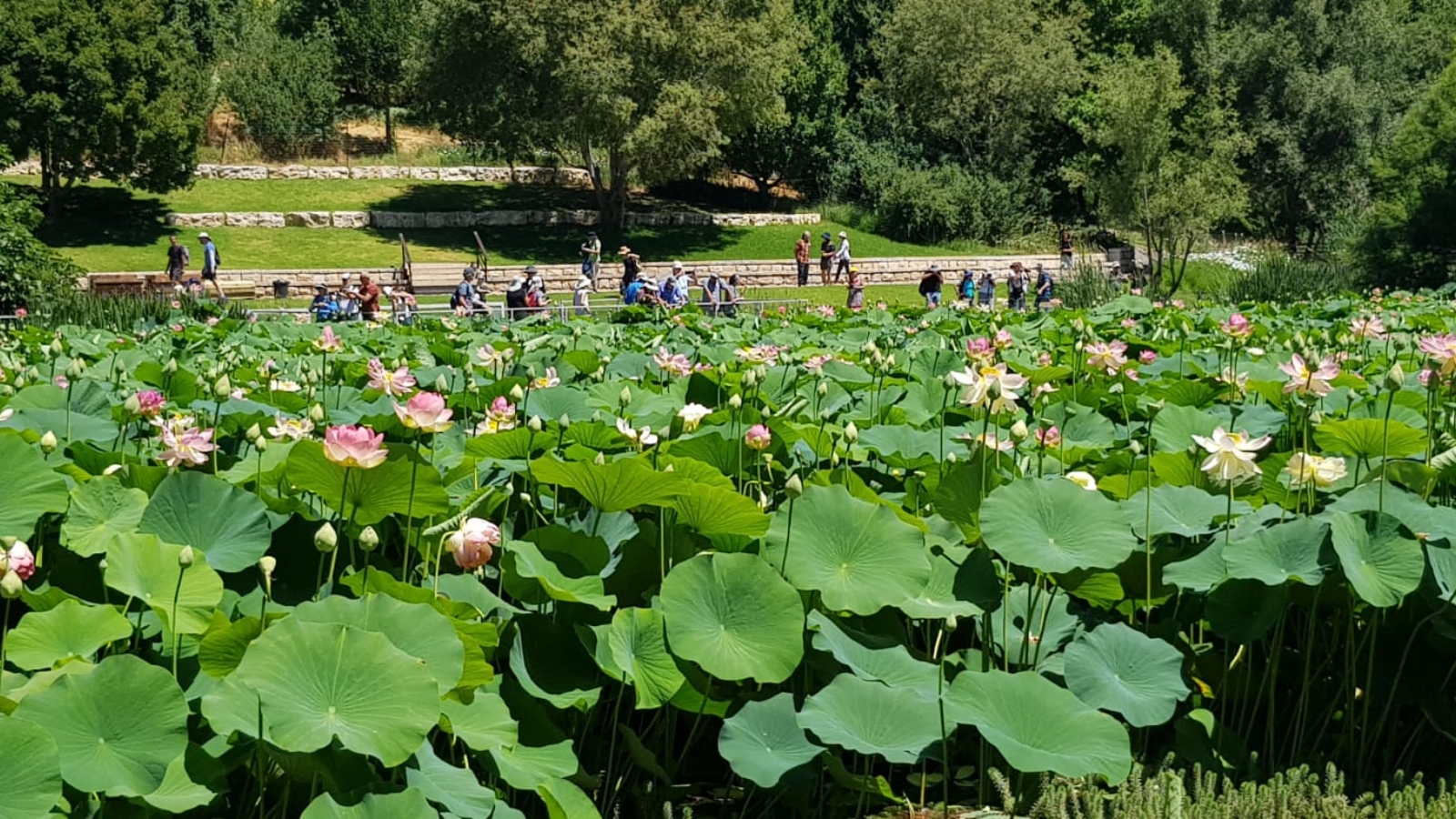 The 30-acre Jerusalem Botanical Gardens hosts the largest plant collection in Israel (some 10,000 species) arranged in six sections representing different parts of the world. See it all aboard the Flower Train, or walk around to the indoor tropical conservatory, Plants of the Bible trail, herb and medicinal plant garden, bonsai garden and African savannah grass maze. Book a guided tour in English, among other languages. Have lunch at the lakeside café and see if you can spot the black swan. 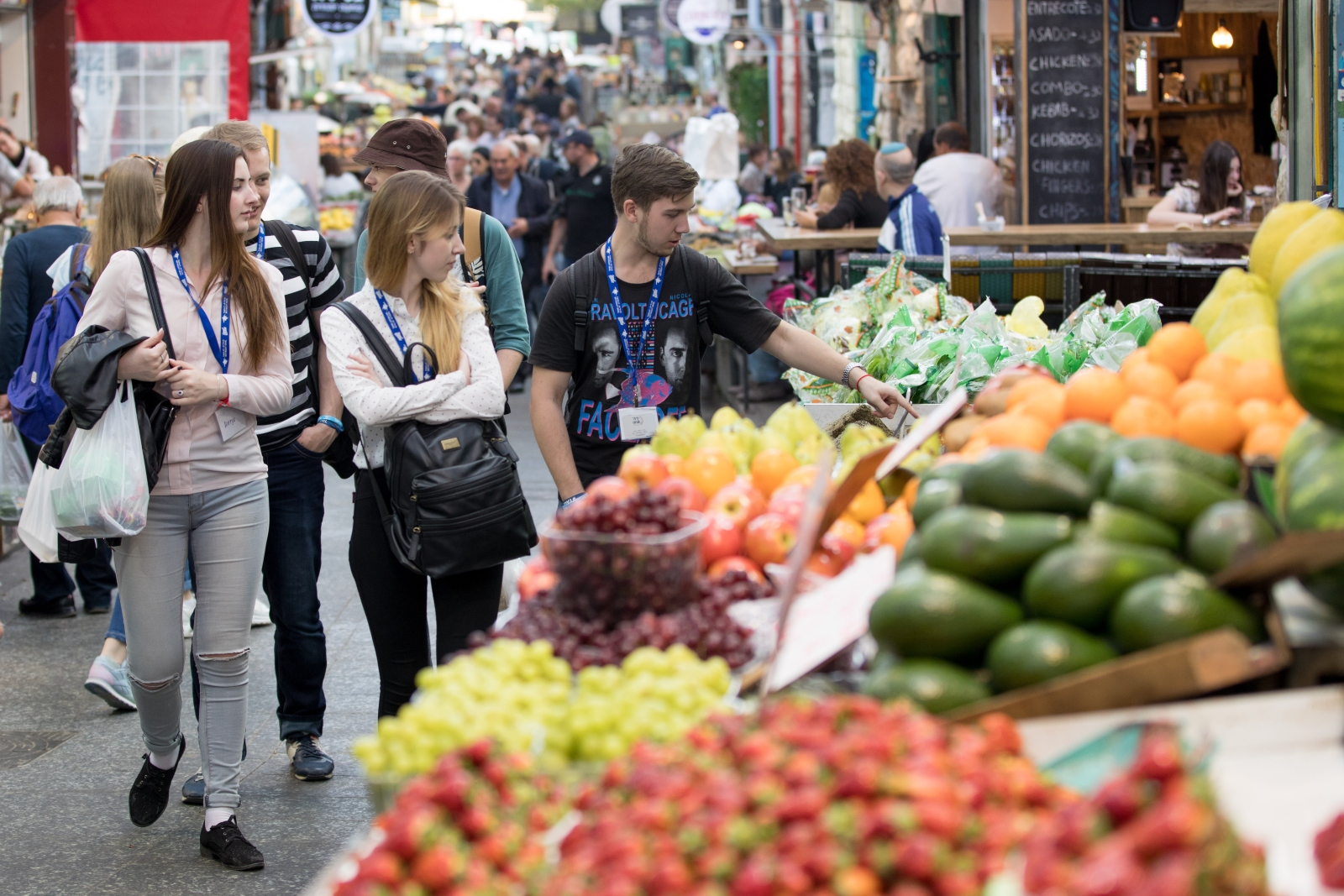 If busloads of Tel Avivians and hordes of European backpackers are hiring guides to take them through the shops and stalls of Jerusalem’s Machane Yehuda outdoor market, you know something hip must be happening here.

The shuk, as it’s better known, is a hot spot for culinary tourism during the day and a hot spot for dining and unwinding at night. The mix of fresh produce, exotic spices and juices (tamarind drink, anyone?), street food and craft beer makes for a colorful sensory experience. 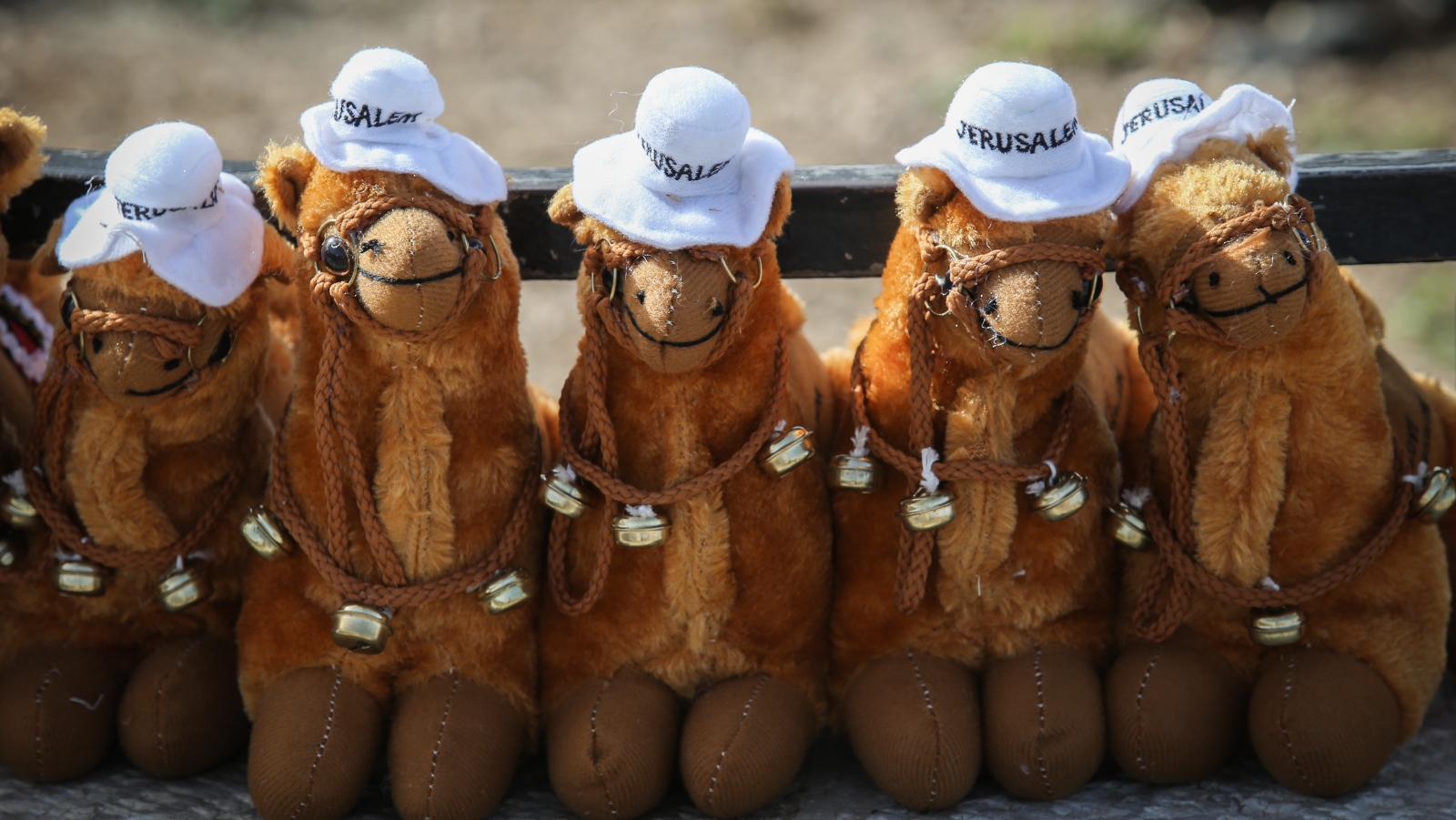 The Ben Yehuda pedestrian mall in the center of town is the prime place for people-watching, grabbing a bite to eat, watching street performers and choosing souvenirs for yourself and everyone on your list. 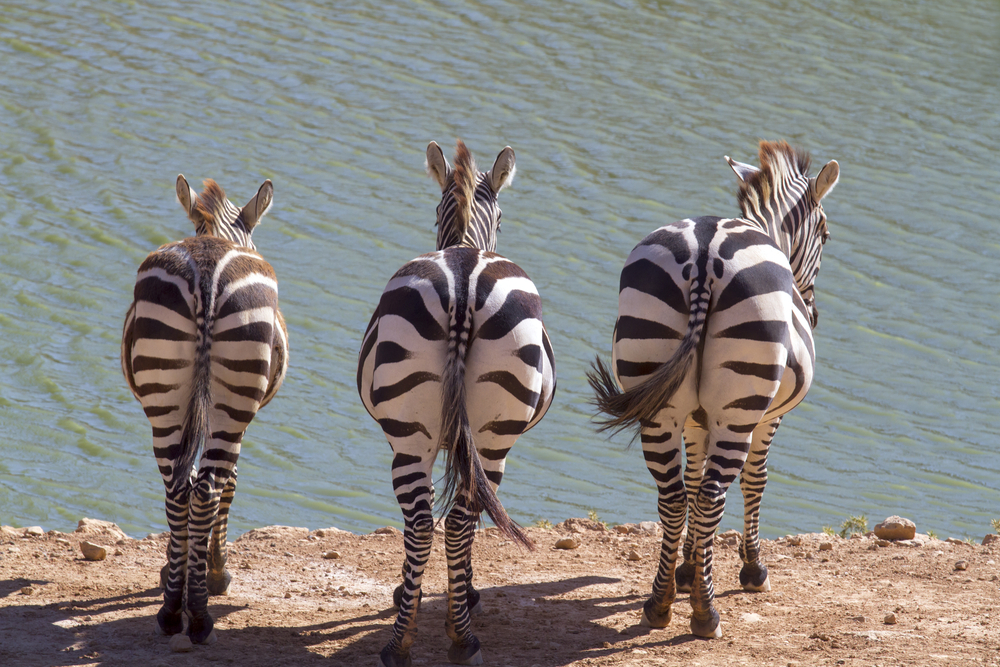 Zebras at the Jerusalem Biblical Zoo. Photo by Shutterstock

The 62-acre Tisch Family Zoological Gardens (Jerusalem Biblical Zoo) is one of the most popular paid tourist sites in Israel.

Overall, the zoo houses 270 species ranging from the addax to the yellow-banded poison dart frog, including the largest collection of creatures featured in the Bible. Some areas are geared to petting, and visitors may participate in guided feedings of many animals, such as lemurs, meerkats, giraffes and peccaries.

A visitors’ center in a replica of Noah’s Ark hosts films and lectures; an art gallery; computer stations providing information about the zoo animals; and a souvenir shop and cafeteria with a spectacular view over the Jerusalem hills.

The newest addition to the zoo complex is the Gottesman Family Israel Aquarium. You can buy a combined ticket or separate tickets. 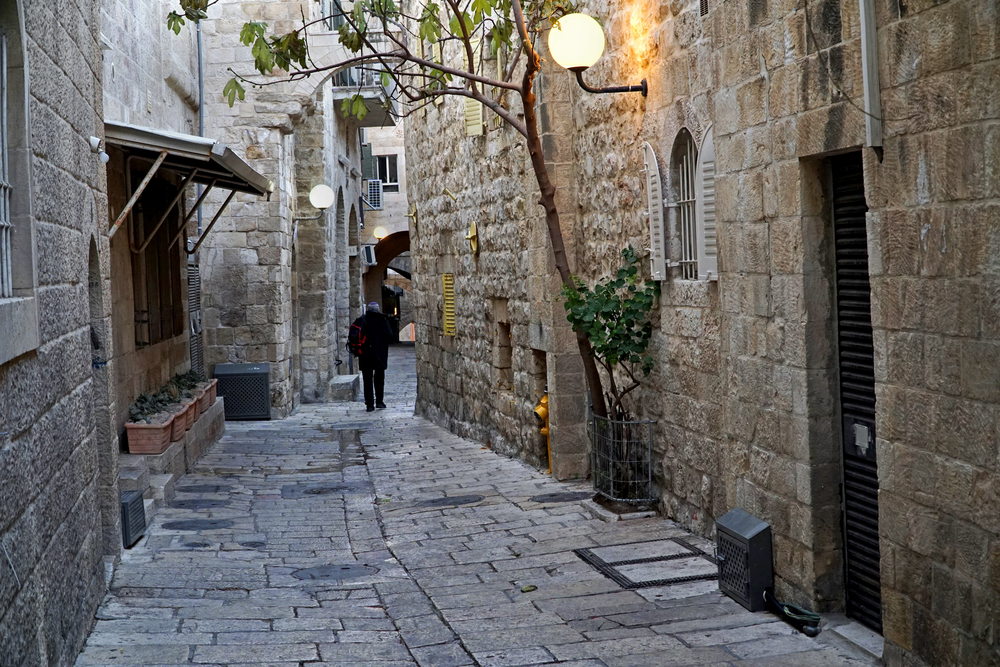 Walking the cobblestones in the Old City of Jerusalem. Photo by Shutterstock

The best way to see the city is by foot. Walking tours led by English-speaking guides, some for free, explore many parts of Jerusalem every day of the week. Among the many options are Sandeman’s New Jerusalem Tours, Tours by Locals, and Jerusalem Saturday Tours. Click here for a full list.

When your feet get tired, board the sleek electrified trains transporting a hodgepodge of Jerusalem’s Jewish, Muslim and Christian citizenry and tourists,from north to south through the main streets of Jerusalem.

Watch your toes at the Machane Yehuda stop, as shoppers board the light rail wheeling carts piled high with fresh breads, fruits and veggies. Get a birds-eye view of the city as the train crosses the Strings Bridge, gorgeously lit up at night. Disembark anywhere along the route and get back on for your next adventure whenever you’re ready. 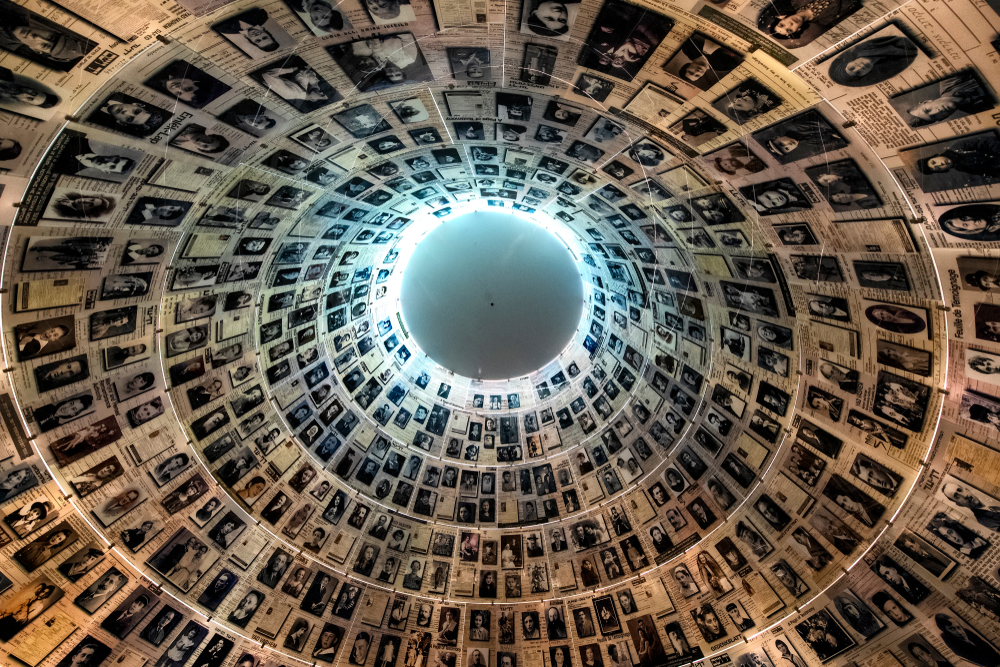 The Hall of Names, Yad Vashem. Photo by Shutterstock

The light rail terminates in the south at Mount Herzl, home of Israel’s national cemetery, the award-winning Memorial Hall of Israel’s Fallen and a multimedia museum about the father of modern Zionism.

From there, it’s a short walk to the Yad Vashem World Holocaust Remembrance Center, encompassing the Holocaust History Museum, Museum of Holocaust Art, Hall of Names, Children’s Memorial and the Avenue of the Righteous Among the Nations. There are guided tours of Yad Vashem in English every Friday.